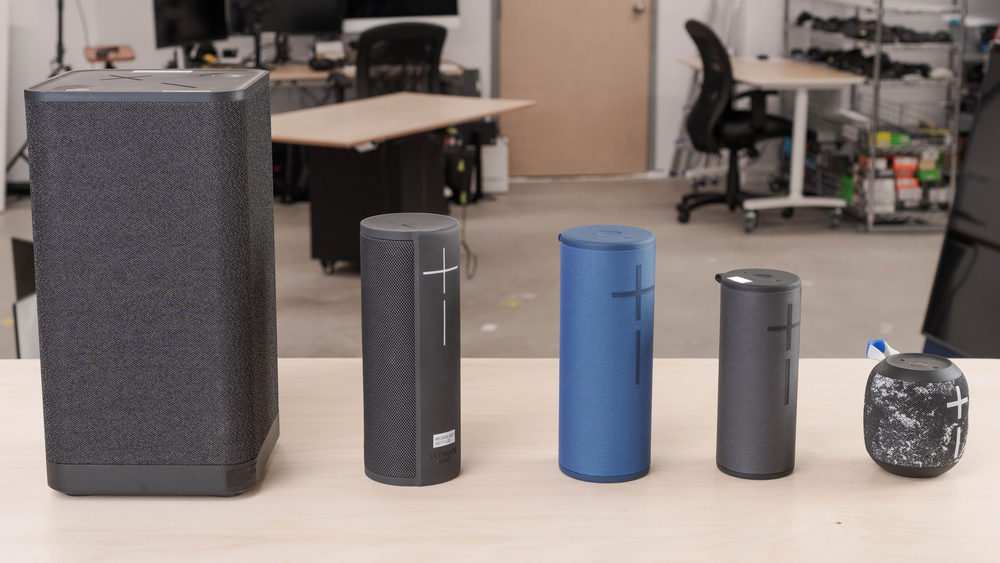 We've currently tested six Ultimate Ears speakers. Ultimate Ears is an American brand that manufactures audio products like speakers, headphones, and earbuds. Their speakers tend to be very well-built and portable, making them well-suited for outdoor use. Also, many are compatible with the Ultimate Ears app, which has some sound customization features like a graphic EQ. Ultimate Ears speakers often don't have voice assistant support or Wi-Fi compatibility. Below, you’ll find our recommendations for the best UE Bluetooth speakers we’ve tested.

Ultimate Ears offers quite a few speakers for a variety of uses. Generally, they're very well-built and designed for outdoor use, but they don't have voice assistant support. These Bluetooth speakers often have a wide and spacious soundstage. However, they lack some low-bass. Thankfully, quite a few let you customize their sound profiles using the graphic EQ in the Ultimate Ears app.