Driven by data, run by a passionate team of engineers, testers, technical writers, developers, and more.
We are hiring!
Early Black Friday deal: The Sony SRS-XG300 has dropped by $50 on Amazon.com. See all Speaker deals. 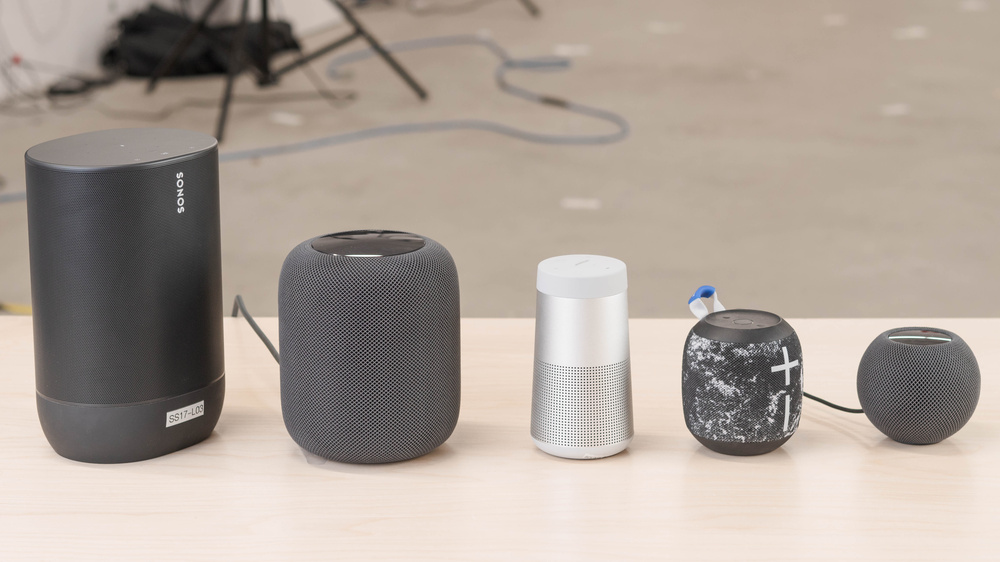 If you're an Apple user, you likely keep lots of music, podcasts, audiobooks, and other audio content stored on devices like your iPod or iPhone. Apple has released two speakers that make it easy to playback content from your Apple devices. However, they currently only have one speaker on the market, so aside from the Apple HomePod Mini, the recommendations on this list come from other manufacturers, and don't have Siri built-in. Fortunately, many other Bluetooth speakers make it easy to amplify your favorite music wirelessly from your phone. Some even come with built-in Apple AirPlay, which lets you stream audio from another AirPlay-compatible device to the speaker when connected to the same Wi-Fi network.

Our recommendations above are what we think are currently the best speakers for most people to buy for iPhone, according to their needs. We factor in the price (cheaper speakers win over pricier ones if the difference isn't worth it), feedback from our visitors, and availability (no speakers that are difficult to find or almost out of stock everywhere).

If you would like to choose for yourself, here's the list of all our reviews for Bluetooth speakers. Be careful not to get caught up in the details. There are no perfect speakers. Personal taste, preference, and listening habits will matter more in your selection.