Driven by data, run by a passionate team of engineers, testers, technical writers, developers, and more.
We are hiring!
Black Friday deal: The Dyson V15 Detect has dropped by $100 on Amazon.com. See all Vacuum deals.

The 4 Best Dyson Vacuums of 2022 Reviews 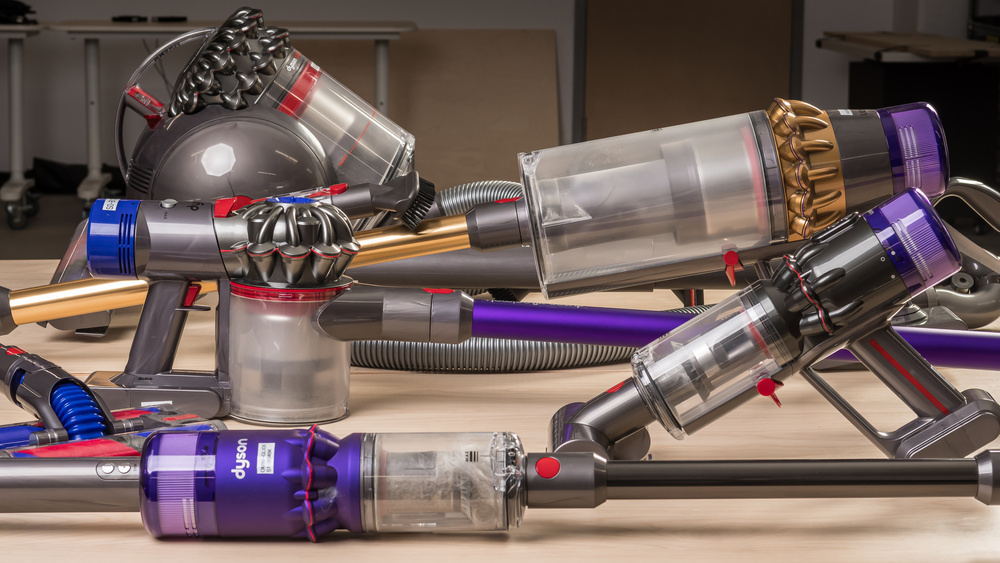 Dyson is a British manufacturer specializing in vacuum cleaners, air purifiers, fans, and hand and hair dryers. They offer a broad selection of stick/handheld vacuums but have also developed canister vacuums and more conventional uprights. Regardless of design, they all feature Dyson's proprietary cyclone technology, eliminating the need for a dirtbag.

Dyson produces a decently large variety of vacuum cleaners that work well on different surfaces, though you can expect to pay a hefty premium for that performance and versatility. Most offerings in their lineup are maneuverable, easy to carry around, and come with a wide variety of brushes. Their build quality is usually quite plasticky, and user maintenance is a little finicky. In comparison, most Shark vacuums feel slightly better built but perform worse on carpeted surfaces. Dyson vacuums tend to be better and more consistent on all surface types than those from BISSELL.

Dyson specializes in producing vacuum cleaners, air purifiers, fans, and hand and hair dryers. They offer a broad selection of stick/handheld vacuums. However, they have also developed canister vacuums and conventional uprights. They don't incur any recurring costs due to the implementation of Dyson's cyclonic technology across their lineup, eliminating the need for a dirtbag while also filtering out allergens. Generally, Dyson vacuums are lightweight, maneuverable, and versatile. That said, they usually have a long list of parts to regularly clean, plasticky build quality, and, on cordless models, somewhat limited runtime on high-power modes.