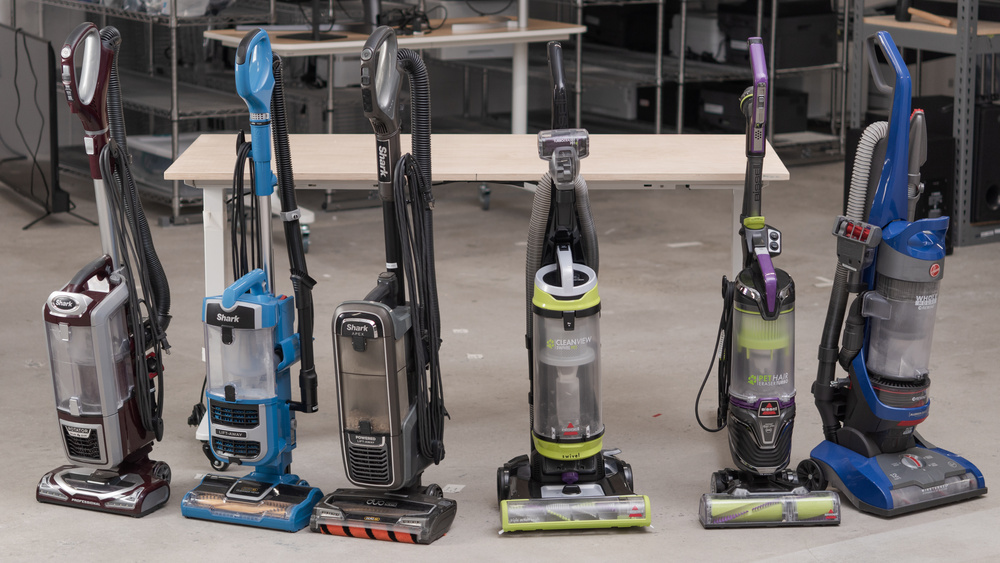 While upright vacuums are designed to primarily excel in cleaning large spaces, they can be versatile tools in any household. They're easy to use, and their distinct, bulky shape generally allows for a bigger dirt compartment, which can be beneficial if you have a big mess to clean. They're also quite good for cleaning up carpet as they can clear most pet hair and debris without too much of a problem. However, upright vacuums can be heavier than stick or canister models, making them a bit less portable and maneuverable, particularly on stairs or on other, more narrow areas.

Our recommendations are based on what we think are currently the best upright vacuum cleaners. We don't just base our results on overall performance, but also factors like availability, price, and reader feedback, so it isn't as though there's a single best vacuum cleaner for carpets to suit all needs.

If you would like to do the work of choosing yourself, here is the list of all our upright vacuum reviews. Be careful not to get too caught up in the details. While no vacuum is perfect for every use, most are good enough to please almost everyone, and the differences are often not noticeable unless you really look for them.

Be the first to start a discussion about Best Upright Vacuums