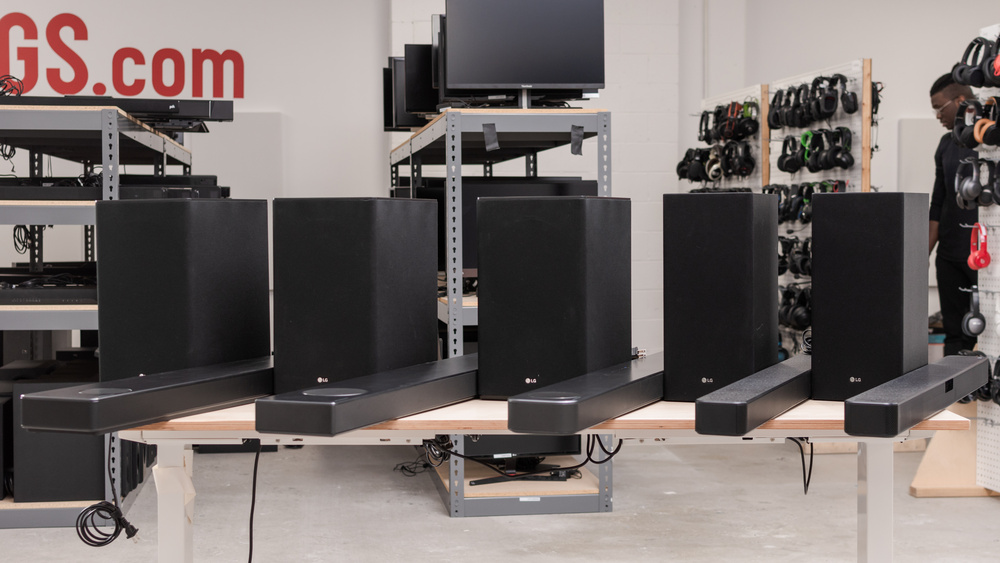 We've currently tested 22 LG soundbars, including all of the models in the 2022 lineup. The brand makes well-built soundbars with lots of connectivity options, but the models we've tested don't always stand out in respect to sound quality. See our recommendations for the best LG soundbars below.

Like Sony or Samsung, LG makes different soundbars at several price points. While their higher-priced models are generally more feature-packed than their more affordable ones, all LG soundbars we've tested, regardless of price, have been well-built, with lots of different physical input options. The best LG soundbars support additional surround sound formats and wireless playback options but don't deliver as premium an experience as other brands, especially when it comes to soundstage.

Like with their TVs, LG uses a combination of letters and numbers for their model names.

LG is a brand well-known for its wide range of TVs, but they've also been making quite a few different soundbar models over the past few years. They're generally very well-built, with many different physical inputs and wireless playback options. However, they don't deliver the best sound performance, mostly due to their fairly narrow, diffused soundstages. Fortunately, most of the models we've tested have a few different sound customization features, so you can usually tweak them a bit to get a sound profile that you like.