Your browser is not supported or outdated so some features of the site might not be available.
Best
Soundbars Dolby Atmos Budget Subwoofer Small Samsung Under $200 All-In-One Under $500 Under $300 Dialogue Music LG Under $100 5.1 Sony Vizio Bose Movies
143
Soundbars store-bought and tested, supported by you via insider access, and when you purchase through links on our site, we may earn an affiliate commission. 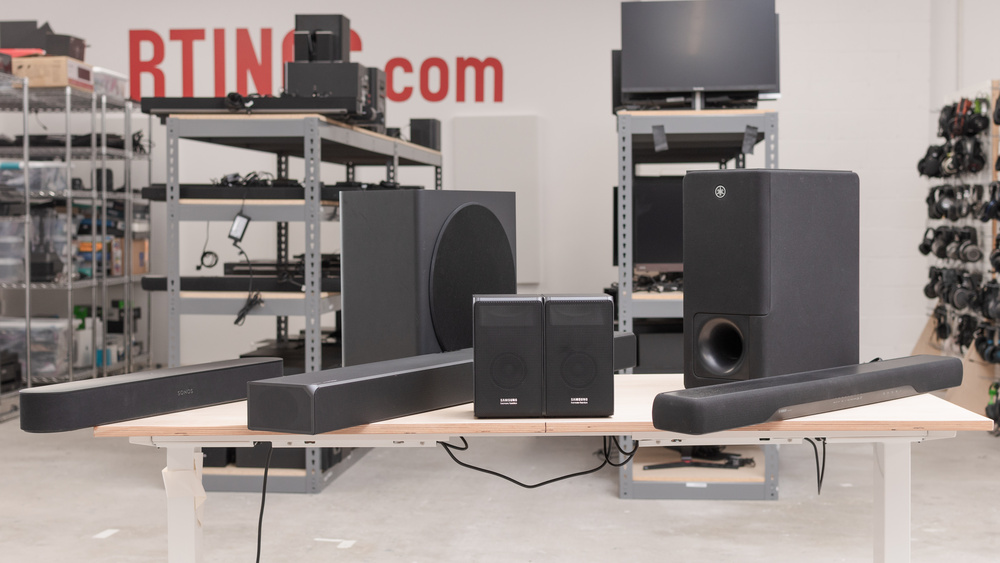 Soundbars can be a good upgrade from your TV speakers, especially if you have trouble understanding voices in TV shows and movies. It’s also a great way to enhance your listening experience when listening to podcasts or audiobooks, especially when you want to cast that content wirelessly. Some soundbars make dialogue clearer and easier to understand, while others can make voices sound more muddy and cluttered. So how do you know which is the best soundbar for voice clarity? You'll need something with a well-balanced stereo frequency response, and having a dialogue enhancement feature can help.

Our recommendations above are what we think are currently the best soundbars for most people to buy. We factor in the price (a cheaper soundbar wins over a pricier one if the difference isn't worth it), feedback from our visitors, and availability (no soundbars that are difficult to find or almost out of stock everywhere).

If you would like to choose for yourself, here's the list of all our soundbar reviews. Be careful not to get caught up in the details. No soundbar is perfect. Personal taste, preference, and listening habits will matter more in your selection.