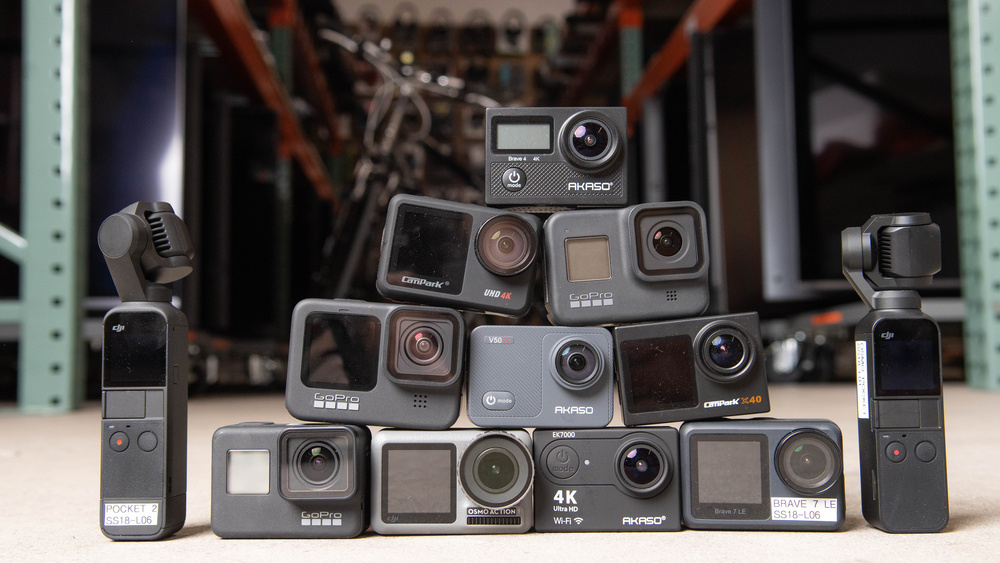 If you're planning on shooting action-packed videos for travel or sports, a dedicated action camera can be a valuable piece of equipment. These tiny, rugged, and often water-resistant models are designed to mount to a wide variety of equipment, from chest and helmet rigs to sports cars and watercraft. A high-quality action camera offers superior stabilization performance, a wide range of frame rates to record everything from simple slice-of-life videos to smooth slow-motion clips, and is rugged enough to keep up with your adventures, wherever they take you.

Our recommendations above are what we think are currently the best action cameras for most people to buy, according to their needs. We factor in the price, feedback from our visitors, and availability (no cameras that are difficult to find or almost out of stock in the U.S.).

If you would like to choose for yourself, here's the list of all our action camera reviews. Be careful not to get caught up in the details. There is no single perfect camera. Personal taste, preference, and shooting habits will matter more in your selection.