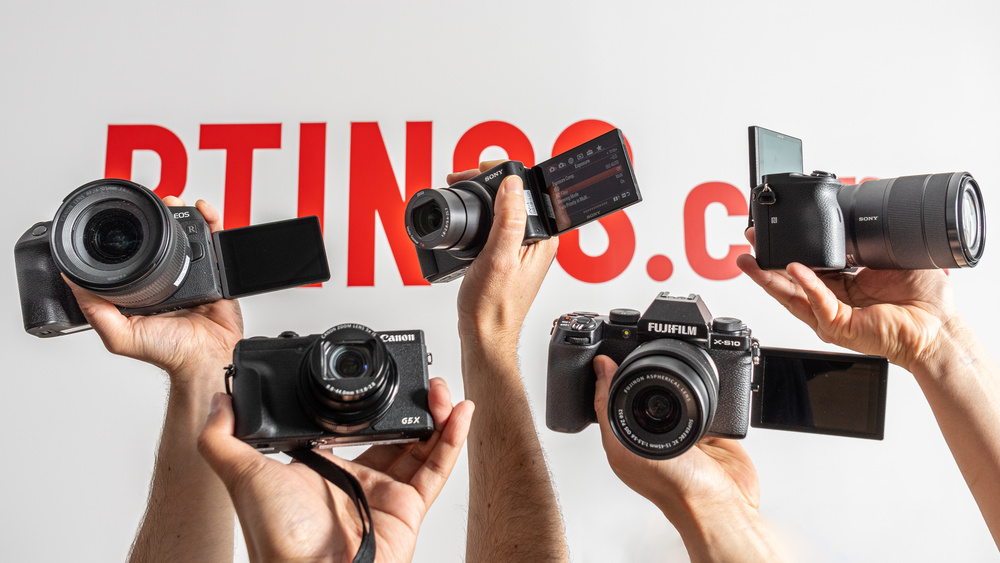 It's easier than ever to start vlogging. All you need is the phone in your pocket and a YouTube channel, and you can start recording and share videos to your heart's content. That said, a good camera can help take your vlogs to the next level. Whether it's a full-featured mirrorless or DSLR camera for sit-down vlogging, an action camera to capture and share your extreme sports adventures, or a compact point-and-shoot to easily take on the go, there's no single best camera when it comes to vlogging, just as there's no single way to make vlogs. Most important is to choose a model that suits your budget, shooting preferences, and the type of content you'd like to create. You also shouldn't underestimate the importance of lighting and audio, so be sure to factor additional equipment into your budget if you really want to take your video game to the next level.

We've bought and tested over 75 cameras, and below you'll find our top vlogging camera recommendations. If you're looking for something more advanced, see our recommendations for the best filmmaking cameras instead. If you want something small and light, you can also check out our picks for the best compact cameras, or else take a look at the best mirrorless cameras we've tested.

Our recommendations above are what we think are currently the best cameras for YouTube vlogging for most people to buy, according to their needs. We factor in the price, feedback from our visitors, and availability (no cameras that are difficult to find or almost out of stock in the U.S.).

If you would like to choose for yourself, here's the list of all our reviews for cameras. Be careful not to get caught up in the details. There is no single perfect camera. Personal taste, preference, and shooting habits will matter more in your selection.