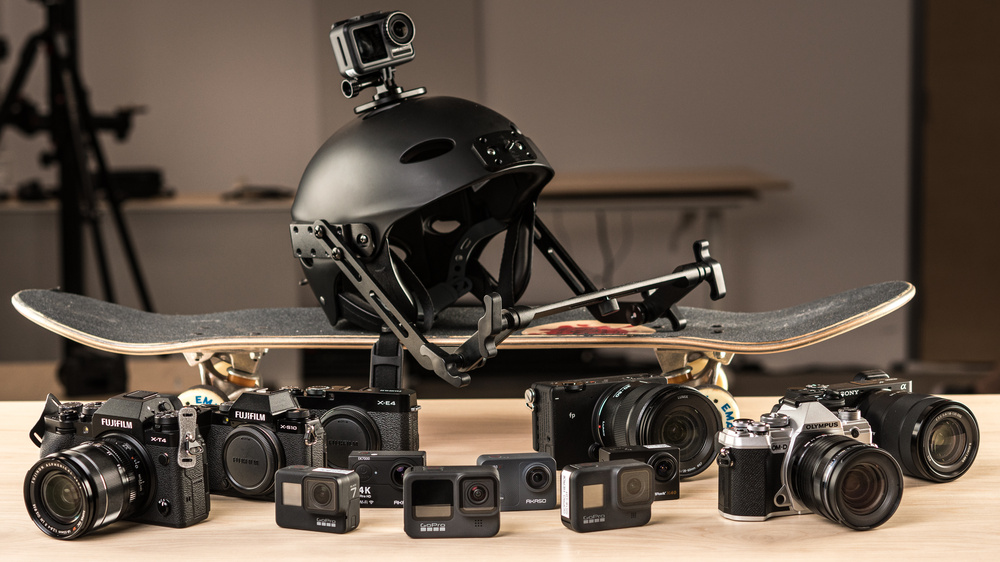 There are many different ways to capture sports, and there are just as many different cameras to do it with. When looking for a sports video camera, it's important to consider the type of camera you need, whether it's a mountable action camera to get POV shots of the action or a well-equipped mirrorless camera to capture the action from afar. Look out for good stabilization to keep your camera steady and a good autofocus system to keep your subjects in focus. The more frame rate options, the better, especially if you want to incorporate slow-motion footage.

The lens you use with an interchangeable lens camera can drastically affect its overall performance. Using a telephoto lens with a long maximum focal length can help you capture the action from a distance, but that isn't the only point you should consider. Maximum aperture, autofocus performance, stabilization performance, and image and video quality depend on the lens you use, meaning that camera performance can differ significantly depending on your chosen lens and settings. For the sake of consistency and user-friendliness, we currently test mirrorless and DSLR cameras with their standard kit lenses.

Our recommendations above are what we think are currently the best sport video cameras for most people to buy, according to their needs. We factor in the price, feedback from our visitors, and availability (no cameras that are difficult to find or almost out of stock in the U.S.).

If you would like to choose for yourself, here's the list of all our camera reviews. Be careful not to get caught up in the details. There is no single perfect camera. Personal taste, preference, and shooting habits will matter more in your selection.