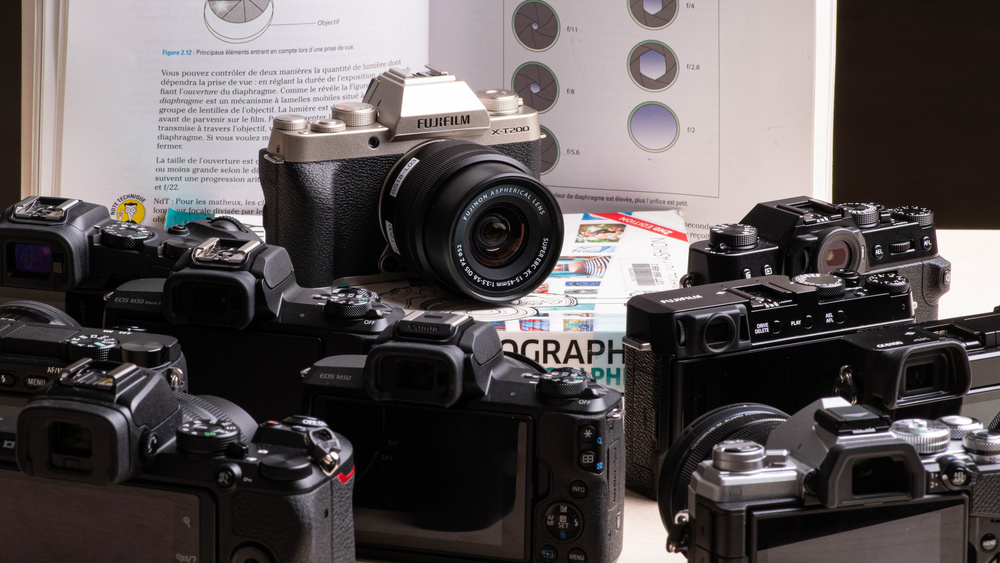 Mirrorless cameras are a great option for beginner photographers thanks to their electronic viewfinders, which let you see how different camera settings affect your image in real-time through the viewfinder. With plenty of options at a range of different price brackets and experience levels, making the jump from your smartphone has never been easier. Though it might be tempting to dive right into a more advanced model, the good news for those just starting out is that any modern mirrorless camera will be more than capable of doing what you need it to. The most important thing is to simply start shooting and get a handle on the basics because if you can't take good photos with a budget model, you won't get very far with more advanced cameras anyway.

Thankfully, we've done some of the work of narrowing down your options for you. We've bought and tested over 75 cameras, and below you'll find our recommendations for the best entry-level mirrorless cameras. We've stuck to models that retail for under $1,000 here, but if you're looking for a more advanced camera, see our picks for the best mirrorless cameras. Otherwise, you can also take a look at the best mirrorless cameras for under $1,000. Or, if you think you'd prefer the optical viewfinder and longer battery life that you get with a DSLR, check out our list of the best DSLR cameras for beginners instead.

Our recommendations above are what we think are currently the best mirrorless cameras for beginners to buy, according to their needs. We factor in the price, feedback from our visitors, and availability (no cameras that are difficult to find or almost out of stock in the U.S.).

If you'd like to choose for yourself, here's the list of all our tested mirrorless cameras that retail for under $1,000, arranged in descending order of price. Be careful not to get caught up in the details. There is no single perfect camera. Personal taste, preference, and shooting habits will matter more in your selection.