Best
Mirrorless DSLR DSLR For Beginners Beginner Mirrorless Mirrorless For Travel
We just started testing cameras, and our test bench v0.7 is rather simplistic, so we decided to launch without text in the test boxes. If you have any suggestions on what to improve, let us know here. As we gather your suggestions, we plan on making more frequent changes to our methodology and we'll be able to add text to the reviews in the near future. 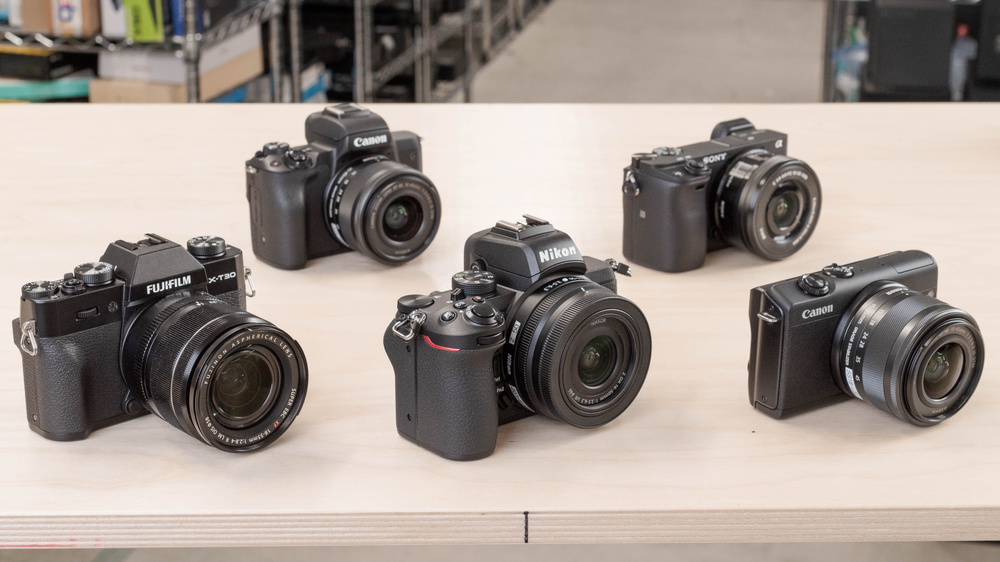 Mirrorless cameras can be a great choice for many photographers. Unlike traditional DSLRs, they tend to be smaller and lighter, with fast and precise autofocus systems and high continuous shooting speeds. Even if you're shopping for a mirrorless camera on a budget, you don't have to sacrifice quality. With so many models on the market, you can find something that best suits your needs without breaking the bank.

However, it's important to recognize that overall performance can vary depending on the lens you use. The lens affects the amount of light that enters the camera, so it also plays a role in an image's depth of field as well as the autofocus and stabilization performance. Also, lenses can add a bit of weight to your camera, which can impact their portability. We currently test our cameras with its standard kit lens, so for the sake of consistency, this article will focus on cameras that retail for under $1,000 with their kit lens included.

Our recommendations above are what we think are currently the best mirrorless cameras under $1,000 for most people to buy, according to their needs. We factor in the price, feedback from our visitors, and availability (no cameras that are difficult to find or almost out of stock in the US).

If you would like to choose for yourself, here's the list of all our reviews for interchangeable-lens mirrorless cameras under $1,000. Be careful not to get caught up in the details. There is no single perfect camera. Personal taste, preference, and shooting habits will matter more in your selection.

Be the first to start a discussion about Best Mirrorless Cameras Under $1,000