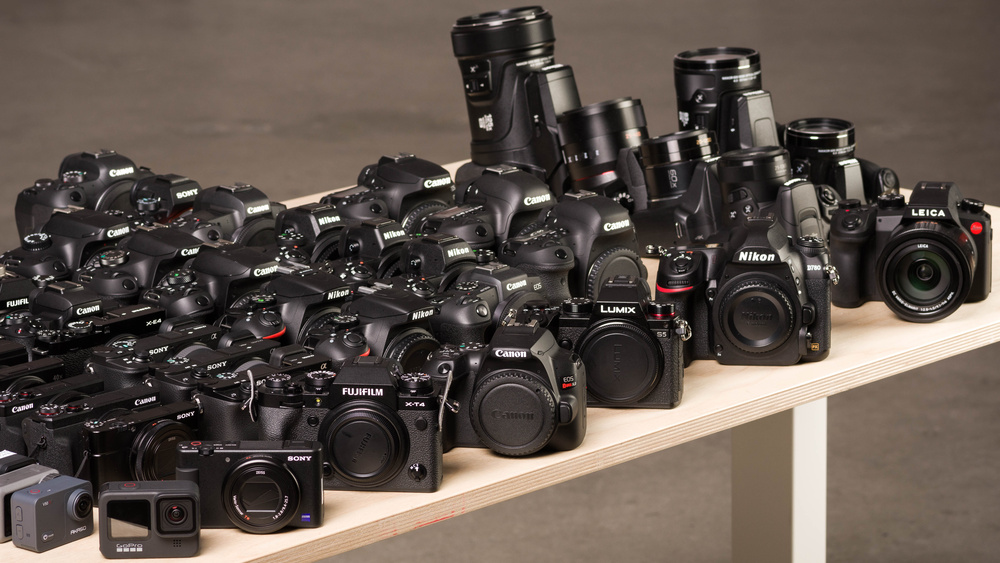 Narrowing down the best cameras in the world is no easy task when there are so many different cameras to choose from. There are interchangeable lens mirrorless cameras and DSLRs, used by pros and hobbyists alike, but you've also got your fixed-lens compacts and superzoom bridge cameras, not to mention tiny action cams to capture POV footage. The good news is that whether you're a beginner looking to buy your first mirrorless or DSLR camera, or a seasoned photographer looking to upgrade to a newer body, there's most certainly a camera out there for you.

Our recommendations above are what we think are currently the best cameras for most people to buy, according to their needs. We factor in the price, feedback from our visitors, and availability (no cameras that are difficult to find or almost out of stock in the U.S.).

If you would like to choose for yourself, here's the list of all our camera reviews. Be careful not to get caught up in the details. There is no single perfect camera. Personal taste, preference, and shooting habits will matter more in your selection.