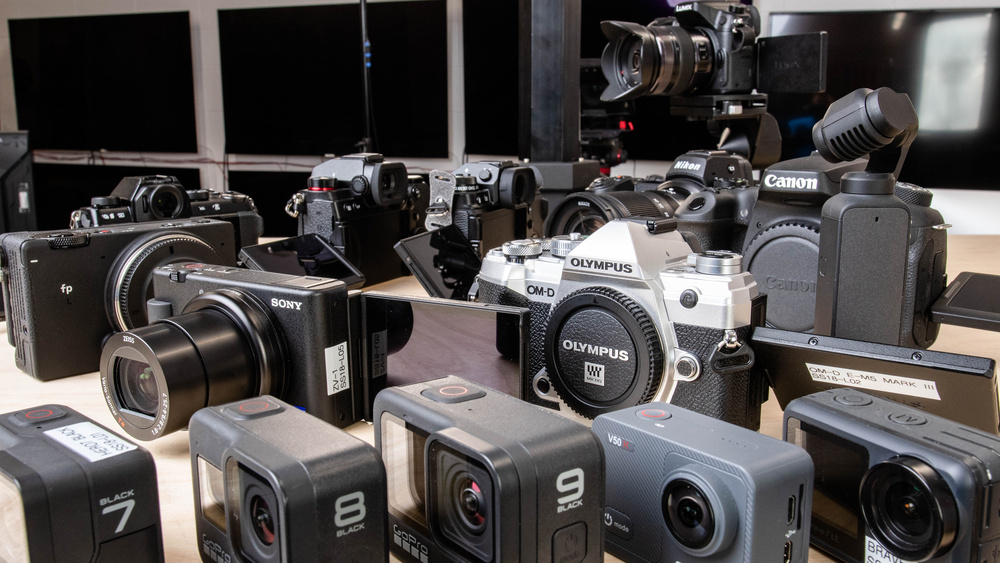 Once reserved primarily for enthusiast models and professional-grade cameras, 4k recording capability has become a common feature on even beginner-oriented models. The best 4k video camera shouldn't only capture sharp well-rendered videos, but should also include features to make your recording sessions a little easier. These include effective autofocus systems, in-body stabilization, and a wide selection of inputs and outputs for different videography accessories, like headphones, auxiliary microphones, or external recorders.

It's worth noting that a camera's overall performance can vary drastically depending on what kind of lens you use. Your lens influences the amount of light entering the camera, depth of field, autofocus behavior, and stabilization performance. That's without mentioning the physical aspects of your lens: a larger lens with a longer zoom length and a wider maximum aperture might make it easier to record the kind of videos you want, but it could make your camera more of a hassle to carry around. For the sake of consistency and user-friendliness, we currently test each camera with its standard kit lens.

Our recommendations above are what we think are currently the best 4k cameras for most people to buy, according to their needs. We factor in the price, feedback from our visitors, and availability (no cameras that are difficult to find or almost out of stock in the U.S.).

If you would like to choose for yourself, here's the list of all our reviews for 4k-capable cameras. Be careful not to get caught up in the details. There is no single perfect camera. Personal taste, preference, and shooting habits will matter more in your selection.