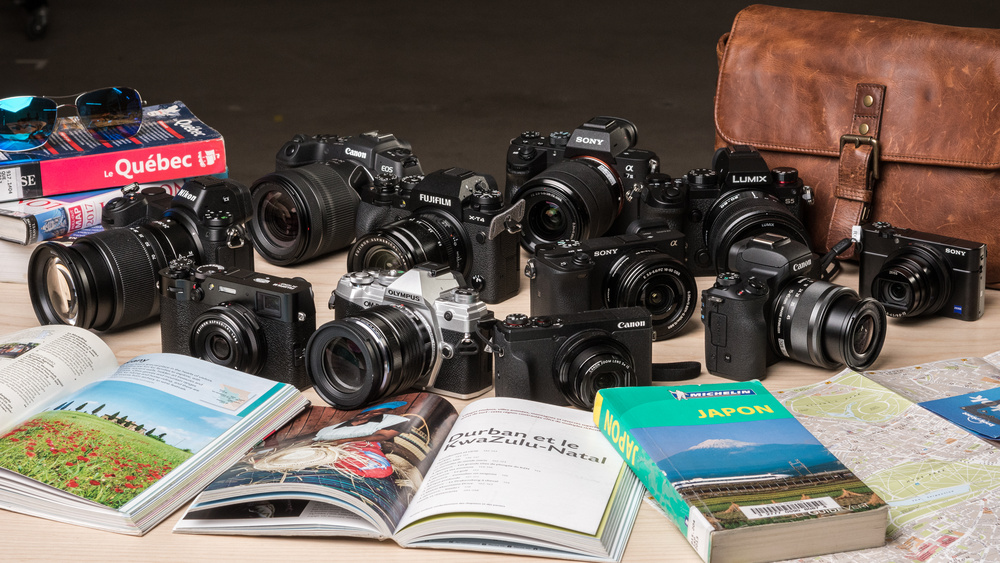 A good camera can be an indispensable travel companion, allowing you to capture your adventures to share with friends and loved ones, but it can be hard to pick the right camera for your needs when there are so many options to choose from. For many people, the best camera to travel with will be the one they're already carrying around in their pockets—that is, their smartphone. If you're looking to up your photography game, however, there are a ton of suitable options to choose from. Picking the right camera for your needs will depend on several factors, including its portability, autofocus performance, battery life, and price.

We've bought and tested over 75 cameras, and below, you'll find our recommendations for the best cameras for traveling. If you want more compact options, you can also check out our picks for the best point-and-shoot cameras. Or, if you're interested in capturing beautiful landscapes on your travels, the best cameras for landscape photography might be of interest. Travel vloggers can also have a look at our top vlogging picks, as well.

Our recommendations above are what we think are currently the best cameras for most people to buy for traveling, according to their needs. We factor in the price, feedback from our visitors, and availability (no cameras that are difficult to find or almost out of stock in the US).

If you'd like to choose for yourself, here's the list of all of our camera reviews, ranked by their suitability for travel photography. Be careful not to get caught up in the details. There is no single perfect camera. Personal taste, preference, and shooting habits will matter more in your selection.