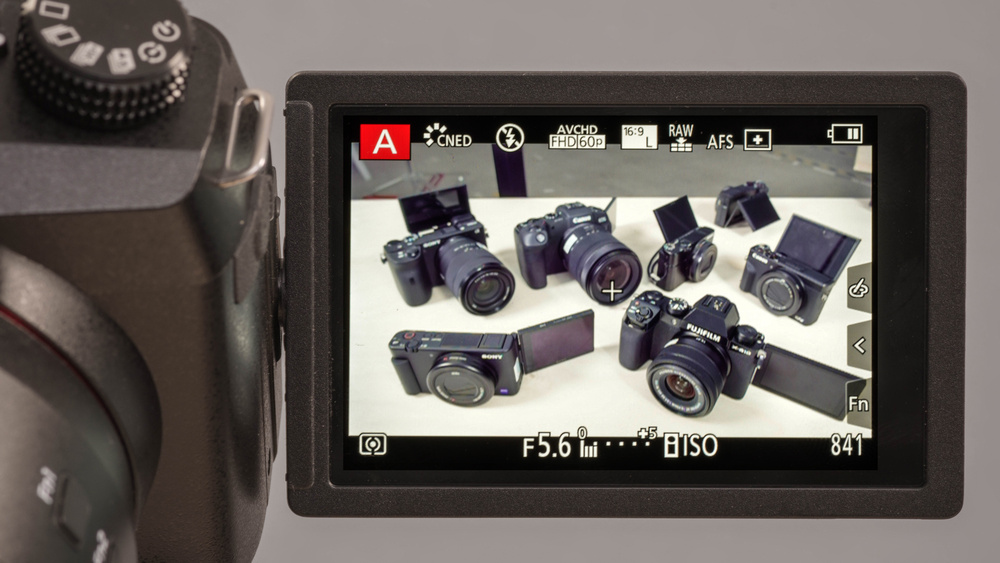 Having a screen that can flip up or all the way around to face you is a huge benefit for vlogging, allowing you to monitor your recording and ensure you're always in frame. That said, there are tons of different camera options out there, and there's no single best vlogging camera. Choosing a camera that fits your budget, ergonomic preferences, shooting habits, and the type of content you'd like to create is most important in finding the best vlogging camera with flip screen capability.

Our recommendations above are what we think are currently the best vlogging cameras with flip screens for most people to buy, according to their needs. We factor in the price, feedback from our visitors, and availability (no cameras that are difficult to find or almost out of stock in the U.S.).

If you would like to choose for yourself, here's the list of all our reviews for cameras with fully articulated, flip out, or tilting and flipping screens. Be careful not to get caught up in the details. There is no single perfect camera. Personal taste, preference, and shooting habits will matter more in your selection.