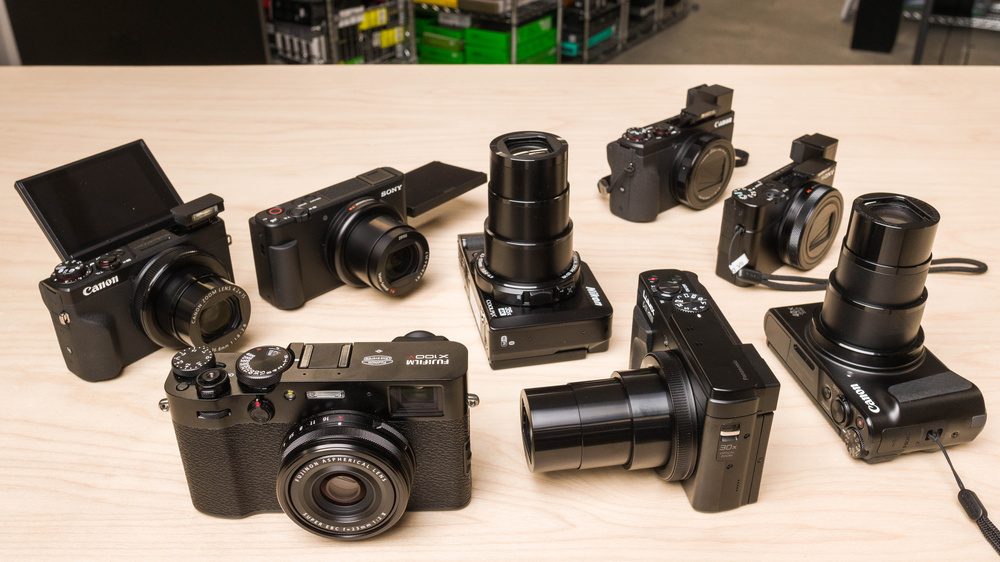 If you're looking to jump from your smartphone camera to a dedicated camera, getting a compact camera (also known as a point-and-shoot) is a logical step. Compact cameras are typically small and lightweight, often pocketable, but without the complexity of an interchangeable lens, so you can focus on pointing and shooting. Despite their small size, they still offer superior image quality to most smartphone cameras, as well as features like optical zoom and image stabilization, making them a great choice for travel photography or vlogging.

Most of our picks here are higher-end point-and-shoots. Cheaper options typically aren't worth the investment over using a smartphone, which most people typically already own. If you're an enthusiast who needs a compact camera to shoot with on the side, or you like the idea of a dedicated all-in-one camera, there are plenty of premium options to choose from, and we've included a budget pick as well to round out the list.

We've bought and tested over 75 cameras, and below you'll find our recommendations for the best digital compact cameras to buy. If you want something relatively compact with an interchangeable lens, try the best mirrorless cameras for travel or the best mirrorless cameras in general, which tend to be more portable than traditional DSLR options. Alternatively, if you're looking for a small camera to vlog with, you can also take a look at the best cameras for vlogging.

Our recommendations above are what we think are currently the best digital compact cameras for most people to buy, according to their needs. We factor in the price, feedback from our visitors, and availability (no cameras that are difficult to find or almost out of stock in the U.S.).

If you would like to choose for yourself, here's the list of all our reviews for compact and ultra-compact cameras. Be careful not to get caught up in the details. There is no single perfect camera. Personal taste, preference, and shooting habits will matter more in your selection.