Your browser is not supported or outdated so some features of the site might not be available.
Best
Photography Beginners Cameras Filmmaking Vlogging Point-And-Shoot YouTube Mirrorless Canon DSLR GoPro Digital Travel Compact Action Cameras Wildlife Photography Nikon Cheap DSLR For Beginners Sony Sport Video Bridge Beginner Mirrorless Compact Travel Low Light 4k Video GoPro Alternatives Under $1,000 Fujifilm Brands Street Photography Under $500 Landscape Mirrorless Under $1,000 Mirrorless For Travel Blogging Panasonic Vlogging With Flip Screen
75
Cameras store-bought and tested, supported by you via insider access, and when you purchase through links on our site, we may earn an affiliate commission. 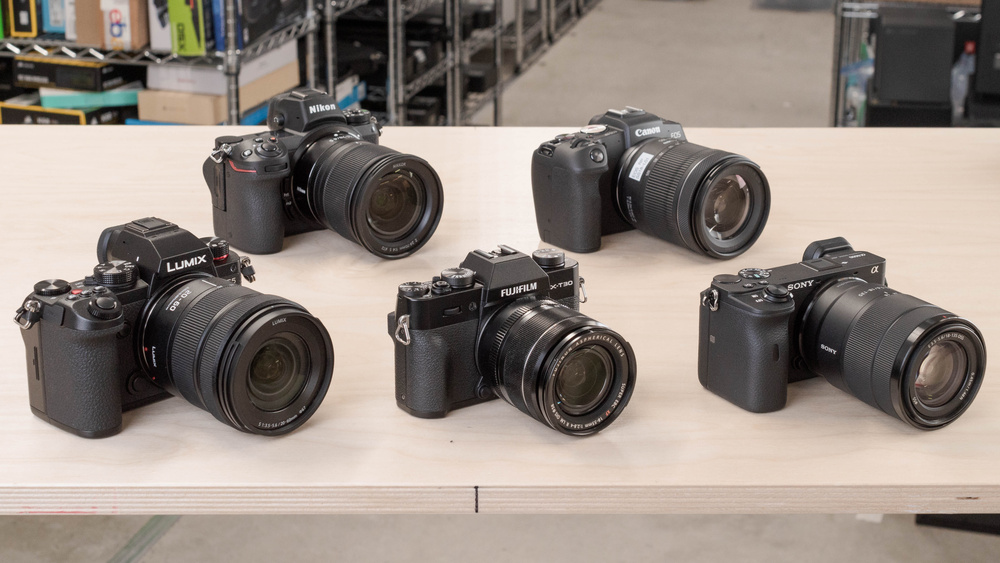 When it comes to travel photography, mirrorless cameras tend to come out on top thanks to their tendency to have lighter and more portable designs, faster maximum shutter speeds, and quicker autofocus capabilities than DSLR cameras. Their electronic viewfinders are extremely handy to preview what your images are going to look like in real-time since they allow you to immediately see the effects of your various exposure settings on your images before snapping your shots.

It's important to remember that your chosen lens can significantly affect your ability to adjust exposure settings. Your aperture, focal length, depth of field, autofocus, stabilization performance, and maximum zoom capability can all depend on the type of lens you use, meaning camera performance can differ significantly depending on your chosen lens and settings. For these reasons, we test our cameras with their standard kit lenses to help with consistency.

Our recommendations above are what we think are currently the best mirrorless cameras for travel for most people to buy, according to their needs. We factor in the price, feedback from our visitors, and availability (no cameras that are difficult to find or almost out of stock in the U.S.).

If you'd like to choose for yourself, here's the list of all our reviews for interchangeable-lens mirrorless cameras, ranked by their suitability for travel photography. Be careful not to get caught up in the details. There is no single perfect camera. Personal taste, preference, and shooting habits will matter more in your selection.