Best
Photography Beginners Cameras YouTube Vlogging Filmmaking Canon Mirrorless DSLR Point-And-Shoot Digital GoPro Travel DSLR For Beginners Wildlife Photography Cheap Compact Nikon Action Sport Video Beginner Mirrorless Bridge Low Light Sony Brands Landscape GoPro Alternatives Under $500 Under $1,000 4k Video Street Photography Compact Travel Fujifilm Mirrorless Under $1,000 Vlogging With Flip Screen Blogging Mirrorless For Travel Panasonic
We just started testing cameras, and our test bench v0.7 is rather simplistic, so we decided to launch without text in the test boxes. If you have any suggestions on what to improve, let us know here. As we gather your suggestions, we plan on making more frequent changes to our methodology and we'll be able to add text to the reviews in the near future. 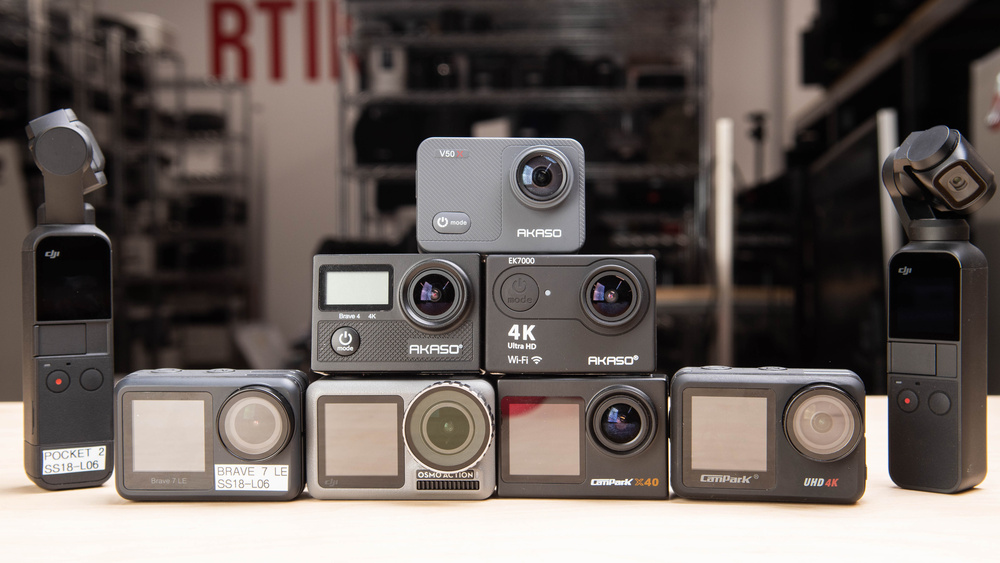 GoPros have long been held as the gold standard of action cameras. The American manufacturer was crucial in popularizing portable, rugged cameras for recording up-close-and-personal sports and travel videos and currently produces a range of feature-dense models. That said, other companies have made strides in this arena, with some offering many of the same functions at a substantially lower cost and others branching out into building cameras with novel features, like integrated three-axis gimbals.

Our recommendations above are what we think are currently the best GoPro alternatives for most people to buy, according to their needs. We factor in the price, feedback from our visitors, and availability (no cameras that are difficult to find or almost out of stock in the US).

If you would like to choose for yourself, here's the list of all our action camera reviews. Be careful not to get caught up in the details. There is no single perfect camera. Personal taste, preference, and shooting habits will matter more in your selection.