Your browser is not supported or outdated so some features of the site might not be available.
Best
Budget Business Chromebooks College Under $500 2-In-1 Windows Under $1,000 Under $300 Apple Under $400 Laptops
58
Laptops store-bought and tested, supported by you via insider access, and when you purchase through links on our site, we may earn an affiliate commission. 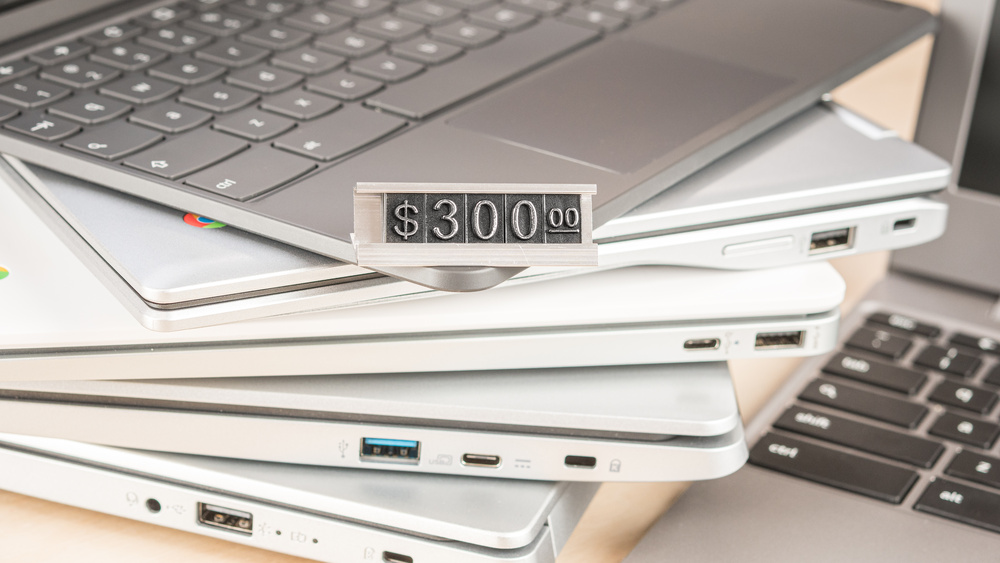 A few years ago, finding a good laptop under $300 was near impossible. These days, you can easily find inexpensive hardware that can play videos and browse the web smoothly and efficiently. Most of the laptops on this list are Chromebooks because Chrome OS is a much lighter operating system than Windows and macOS, meaning it can run on lower-end hardware. While laptops in this price range can handle most everyday and basic tasks, you'll be hard-pressed to find the best gaming laptops under $300, as for gaming you need more powerful hardware than this price point allows for.

Our recommendations above are what we think are currently the best laptops you can get for under $300. We factor in the price (a cheaper laptop wins over a pricier one if the difference isn't worth it), feedback from our visitors, and availability (no laptops that are difficult to find or almost out of stock everywhere).