Your browser is not supported or outdated so some features of the site might not be available.
Best
Gaming Laptops Budget Business Chromebooks College Under $500 2-In-1 Video Editing Windows Under $1,000 Under $300 Apple Under $400
58
Laptops store-bought and tested, supported by you via insider access, and when you purchase through links on our site, we may earn an affiliate commission.

The 2 Best Apple Laptops of 2022 Reviews 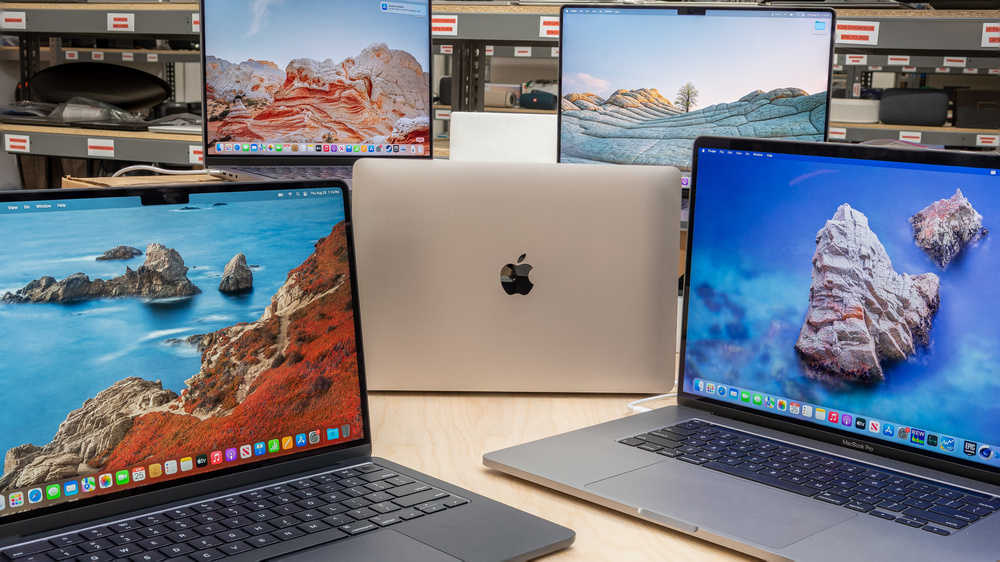 Founded in 1976, Apple is one of the world's largest manufacturers of consumer electronics, with instantly recognizable products like the iPhone, iPad, Apple Watch, and MacBooks. Apple has a small laptop lineup compared to other brands like Dell, HP, Lenovo, and ASUS, as they only make premium productivity-focused laptops. However, MacBooks are consistently among the most well-built and premium laptops you can find. Since Apple started making laptops with their in-house SoC, the M1, MacBooks are among the best for performance and battery life.

Apple is one of the best laptop makers in the world. MacBooks usually feel premium and exceptionally well built, and they have among the best performance and battery life. As Apple also makes the operating system, MacBooks also have a level of integration with other Apple products that's hard to find on devices from other manufacturers. However, MacBooks are generally expensive and aren't as ideal for gaming.

If you're looking for a productivity laptop, Apple MacBooks are among the best available options, whether you're already in the Apple ecosystem or not. They feel incredibly well built, have long battery life, and provide a premium user experience. However, if you want more versatility, like a 2-in-1 convertible or a laptop with wider game compatibility, you're better off with a Chromebook or a Windows device.