Your browser is not supported or outdated so some features of the site might not be available.
Best
Gaming Wireless Wireless Gaming Mouse MacBook Pro Ergonomic Logitech Work Wired MMO FPS Cheap Gaming Razer Trackball Lightest Corsair Claw Grip SteelSeries
267
Mice store-bought and tested, supported by you via insider access, and when you purchase through links on our site, we may earn an affiliate commission. 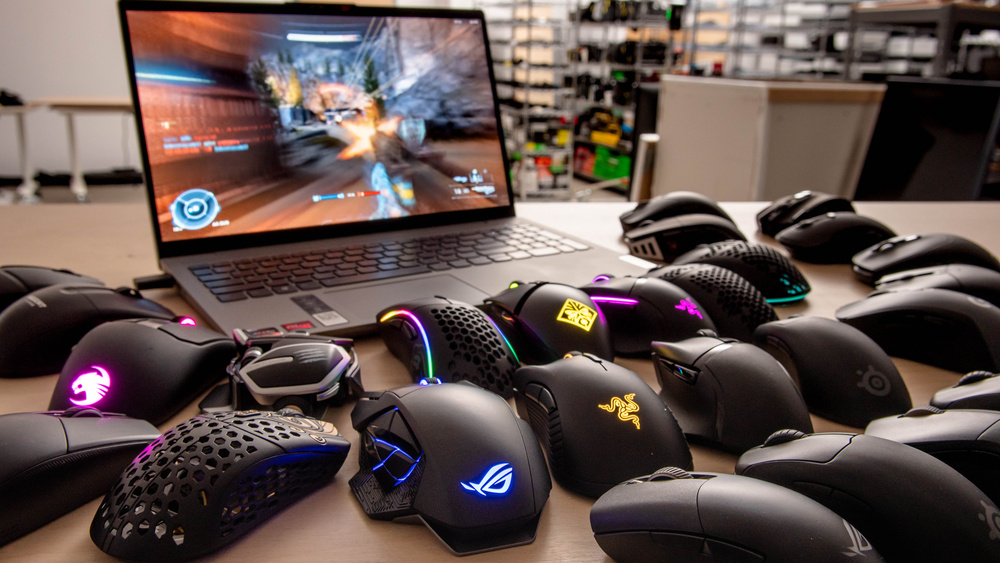 The best wireless gaming mice have improved by leaps and bounds recently. Manufacturers have found new ways to reduce click latency, increase battery life, and improve the overall reliability of their wireless connections. That said, not all wireless mice are created equal. Because of the limitations of Bluetooth technology, we typically don't recommend a Bluetooth connection for gaming, meaning you won't find any 'best Bluetooth gaming mouse' categories on this list. When choosing the right option for you, the shape and how the mouse feels in your hand are still some of the most important factors to consider. However, minimum lift-off distance, button placement, and overall weight are important elements if you're an FPS gamer. On the other hand, having access to many customizable buttons is essential if you primarily play MMOs or MOBAs.

Our recommendations above are what we think are currently the best wireless gaming mice for most people. We factor in the price (a cheaper mouse wins over a pricier one if the difference isn't worth it), feedback from our visitors, and availability (no mice that are difficult to find or almost out of stock everywhere).

If you would like to do the work of choosing yourself, here is the list of our wireless mice that are ideally suited for gaming. Be careful not to get too caught up in the details. While no mouse is perfect for every use, most mice are great enough to please almost everyone, and the differences are often not noticeable unless you really look for them.