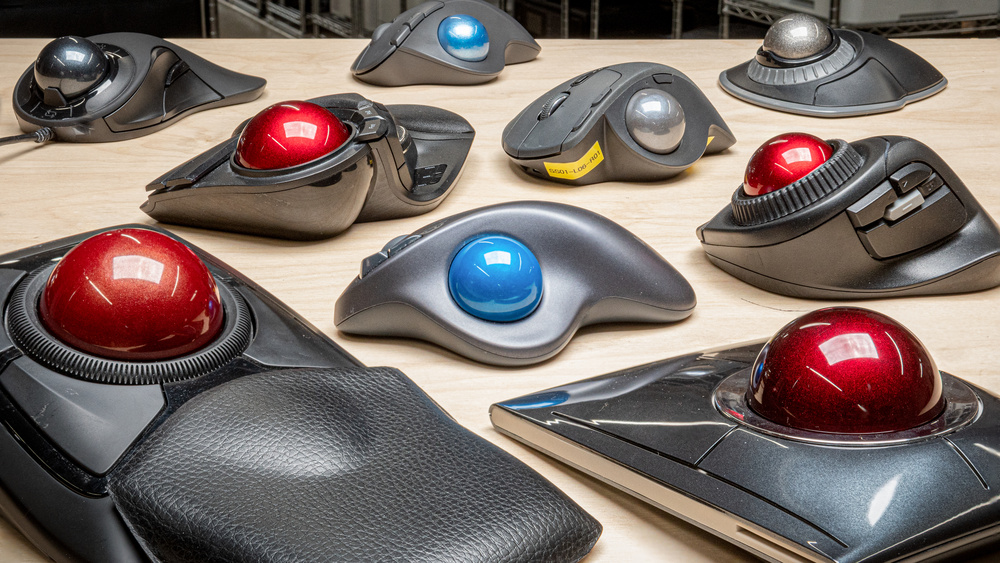 Trackballs aren't technically mice, though they're often called 'trackball mice'. Most mice have an optical sensor on the bottom that tracks your movements across a surface. On the other hand, a trackball stays put on your desk, and you use your thumb or fingers to spin a ball while a sensor inside tracks the movement of that ball. Trackballs are a great option if you have limited desk space, and can be a more ergonomic option as they don't rely on movements from your wrist or arm.

When shopping for the best trackball mouse for you, it's important to find an option that will be comfortable for your hand size. You'll also want to consider what kind of features you might need. For productivity tasks, for instance, you'll want a good scroll wheel for navigating documents or timelines, while for gaming, you'll need to make sure your mouse has lower click latency and a high polling rate.

Our recommendations above are what we think are currently the best trackball mice for most people. We factor in the price (a cheaper mouse wins over a pricier one if the difference isn't worth it), feedback from our visitors, and availability (no mice that are difficult to find or almost out of stock everywhere).

If you would like to do the work of choosing yourself, here is the list of all our mice reviews. Be careful not to get too caught up in the details. While no mouse is perfect for every use, most mice are great enough to please almost everyone, and the differences are often not noticeable unless you really look for them.