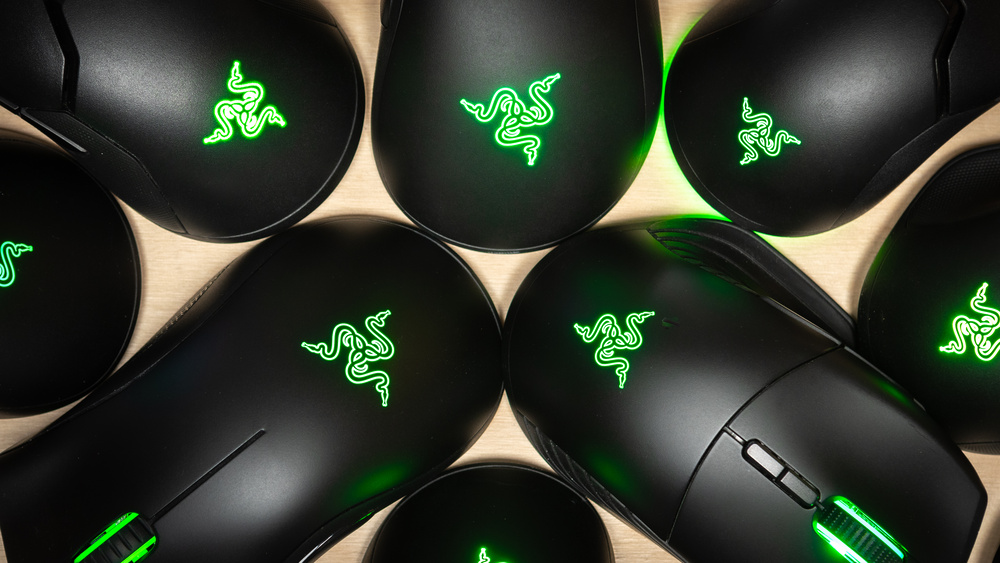 Razer produces a wide range of gaming peripherals. Their mice are high-performing and well-built devices that suit a variety of game genres and budgets. We've tested over 25 Razer mice, and below are our recommendations for the best Razer gaming mouse.

Logitech was already a well-established manufacturer, best known for producing a wide array of productivity-focused peripherals before it began making more gaming-focused models. Logitech and Razer are currently among the largest competitors in the gaming peripheral market and are leaders in advancing sensor technology and gaming performance. Recently, Razer's technology has run slightly ahead of Logitech in several areas as it has more readily implemented emerging technologies, including higher maximum polling rates and motion-sync sensor technology. Razer has also long been a champion of using optical switches in their products, while Logitech has, until recently, focused mainly on using traditional mechanical switches.

SteelSeries first established itself as an industry leader alongside the meteoric rise in popularity of the esports competitive gaming scene. Today it's known for producing a wide array of products, including mousepads, gaming headsets, and mice. Its presence within the esports community remains strong; however, it's also expanded into the broader marketplace and subsequently had to make room for juggernaut competitors Logitech and Razer within the competitive gaming sphere.

Corsair manufactures various computer parts, including memory, cooling units, keyboards, and mice. These days, Corsair produces a versatile lineup of gaming mice, including focused FPS designs, portable travel mice, and feature-rich MMO models. Their products are generally very well built, but Corsair haven't quite focused on making their models as lightweight as possible in the last few years as Razer, and many other gaming brands have. That said, along with Razer, Corsair has been one of the early adopters of developing mice capable of higher maximum polling rates.

Overall, Razer makes high-quality mice, and they represent some of the best-performing gaming mice we've tested. Their range of premium models is currently the industry standard in terms of performance. They produce a range of models in different sizes, styles, and price ranges, so if you're looking for the best Razer gaming mouse, you have plenty of options to suit your needs.

Viper: Razer's Viper series are FPS-focused models with symmetrically shaped bodies that make them well-suited for right or left-handed gamers. The original Razer Viper was released in 2004 and has seen many iterations. The most recent version is a wireless ultra-lightweight model with cutting-edge internals designed for high-level competitive play. However, current releases within the lineup also include more affordable versions, including wired and mini versions.

DeathAdder: The DeathAdder series is a close counterpart to the Razer Viper and offers similarly high-end performance. The most recent version is also an ultra-lightweight wireless mouse designed for high-level competitive play. The difference between the two lineups comes down to shape, as the DeathAdder series of mice have exclusively right-handed shapes and are comparatively better suited to a somewhat larger hand overall.

Basilisk: The mice in Razer's Basilisk lineup have an ergonomic right-handed shape that includes a thumb rest. They're versatile options for playing a variety of different kinds of games, and they feature more programmable buttons and a wider feature set than the comparatively more FPS-focused Viper and DeathAdder lineups. Additional features include RGB lighting, a scroll wheel with left and right tilt inputs, and the ability to toggle the scroll wheel between a notched or free-scrolling mode. As with the Viper and DeathAdder, there's a range of both wired and wireless models available within this lineup at various price points.

Naga: Even more flexible than the Basilisk series of mice, the Naga lineup offers the most programmable buttons. Additionally, many of the mice in this lineup have modular side panels, which allow you to swap out different button layouts depending on your preferences and the game you're playing. These mice are typically favored by those who play MMO or MOBA games which require lots of different commands.

Razer specializes in making great gaming accessories, and their mice are no exception. Their products are generally well-built and offer good performance and customization options; if you're looking for a good gaming mouse, you likely won't go wrong with most options from Razer.