Your browser is not supported or outdated so some features of the site might not be available.
Best
Gaming Wireless Wireless Gaming Mouse MacBook Pro Ergonomic Logitech Work Wired MMO FPS Cheap Gaming Razer Trackball Lightest Corsair Claw Grip SteelSeries
266
Mice store-bought and tested, supported by you via insider access, and when you purchase through links on our site, we may earn an affiliate commission. 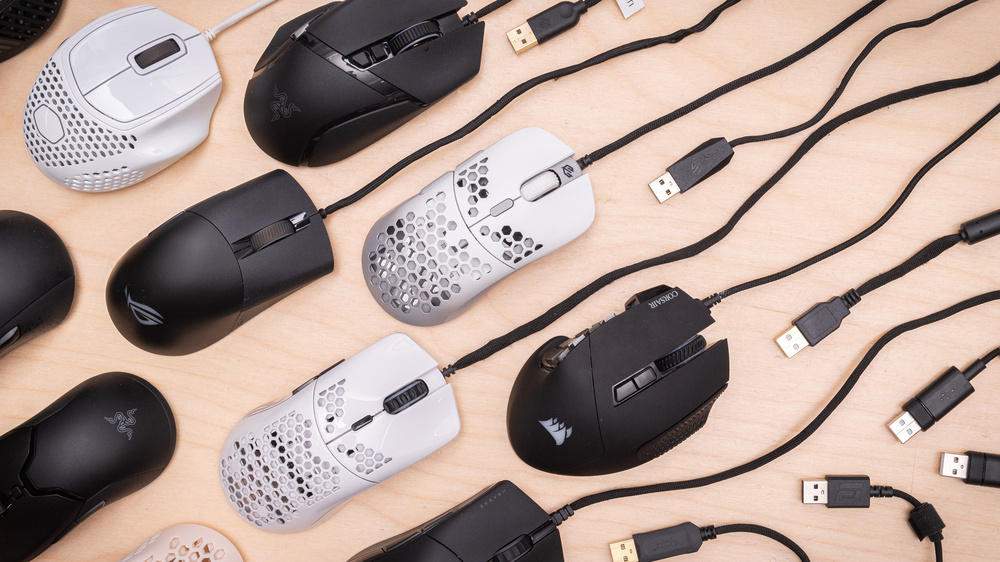 In the last few years, wireless connection technology has improved by leaps and bounds. Today, most office mice have gone wireless, and more gaming mice are cutting the cable every day. This article includes a mix of both straightforward office mice and more gaming-focused models. Many gaming mice are increasingly designed to be versatile enough for everyday browsing and work tasks, and we've kept this in mind when choosing our picks.  When shopping for a wired model, you'll want to make sure you find one that's comfortable for your hand size and how you prefer to hold your mouse. It's also a good idea to pay close attention to the quality of the cable as it will have a big impact on the overall experience of using your wired mouse.

Our recommendations above are what we think are currently the best wired mice for most people. We factor in the price (a cheaper mouse wins over a pricier one if the difference isn't worth it), feedback from our visitors, and availability (no mice that are difficult to find or almost out of stock everywhere).