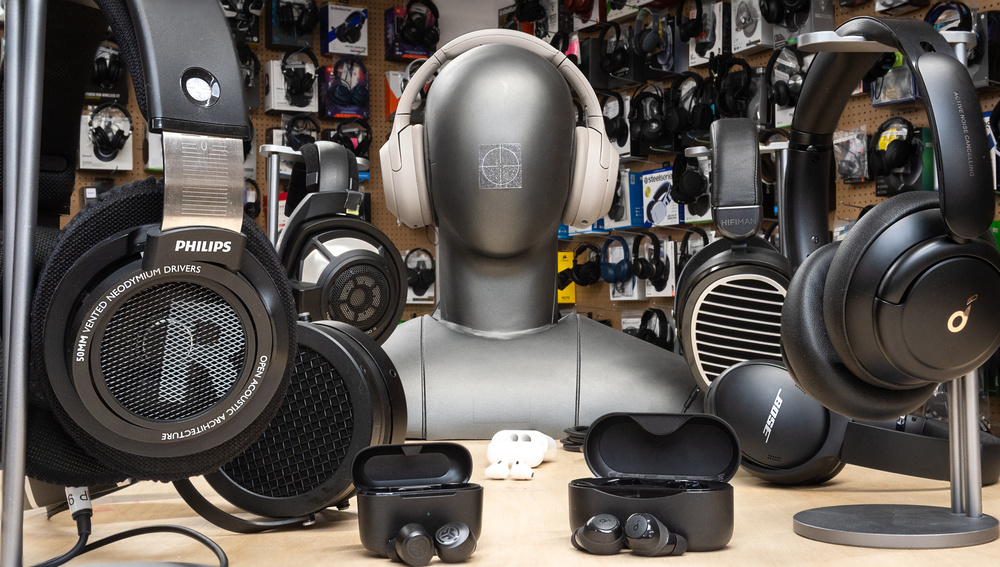 A great pair of headphones shouldn't only sound rich and balanced but should also be comfortable, versatile, well-built, and feature-packed. While you can get some surprisingly decent budget models, the best headphones tend to come with more extra features, like active noise cancelling (ANC), dedicated companion apps for customization, multi-device pairing, and NFC compatibility. While less expensive pairs of headphones tend to miss out on some of these premium features, you can still find some well-rounded and versatile options that provide great value.

Our recommendations above are what we think are currently the best earbuds and headphones for most people to buy. We factor in the price (cheaper headphones win over pricier ones if the difference isn't worth it), feedback from our visitors, and availability (no headphones that are difficult to find or almost out of stock everywhere).

If you would like to choose for yourself, here is the list of all our headphone reviews. Be careful not to get caught up in the details. There are no ideal headphones. Personal tastes, preferences, and listening habits will matter more in your selection.