SBC vs aptX
Which Bluetooth Codec is the best?

Codecs are encoding and decoding algorithms that compress audio into manageable data packets for faster or wireless transmission. The efficiency of the codec will determine the quality and rate at which the audio data is sent. SBC is the default sub-band coding for most Bluetooth devices. However, since this codec has a relatively high latency and may be a bit lossy, companies have developed their own encoding algorithms, like Samsung's UHQaudio and Sony's LDAC.

The 3 main codecs that most listeners are familiar with are SBC, AAC, and aptX:

SBC - Sub-band Coding - The mandatory and default codec for all stereo Bluetooth headphones with the Advanced Audio Distribution Profile (A2DP). It is capable of bit rates up to 328 kbps with a sampling rate of 44.1kHz. It provides fairly good audio quality without requiring a lot of processing power to encode or decode. However, the audio quality can be a bit inconsistent at times. This is especially noticeable with a cheap Bluetooth transmitter.

AAC - Advanced Audio Coding - Similar to SBC, but with better sound quality. This codec is mostly popular with Apple's iTunes platform and some other non-wireless applications. However, it's not very common, especially for headphones.

aptX - A proprietary and optional codec designed by CSR. It's ideal for demanding audio applications since it encodes audio more efficiently and at a slightly higher rate than SBC. There are also two additional variations, aptX Low Latency and aptX HD, that either drastically reduces the latency of the connection or significantly improves its audio quality. However, it's a bit limiting, as both the Bluetooth transmitter and receiver must have aptX or its variations for the codec to work.

We have yet to find a reliable way to measure AAC and LDAC over a wireless connection. So, for now, our comparison will focus on the differences between SBC and aptX. Also, we have yet to test a headphone with the aptX HD codec. Learn more about Bluetooth.

The default sub-band codec (SBC) works well for most audio applications. It's not especially lossy, and its latency should be suitable for most streaming services. However, the subtle audio quality differences may be noticeable to trained ears and more critical listeners. Below are a few samples of the same headphones using aptX and SBC. Can you tell the difference?

As you may have noticed, it's difficult to tell the difference between SBC and aptX by ear. We measured the Frequency Response and Total Harmonic Distortion of both headphones with aptX and again without aptX, using the default sub-band coding. 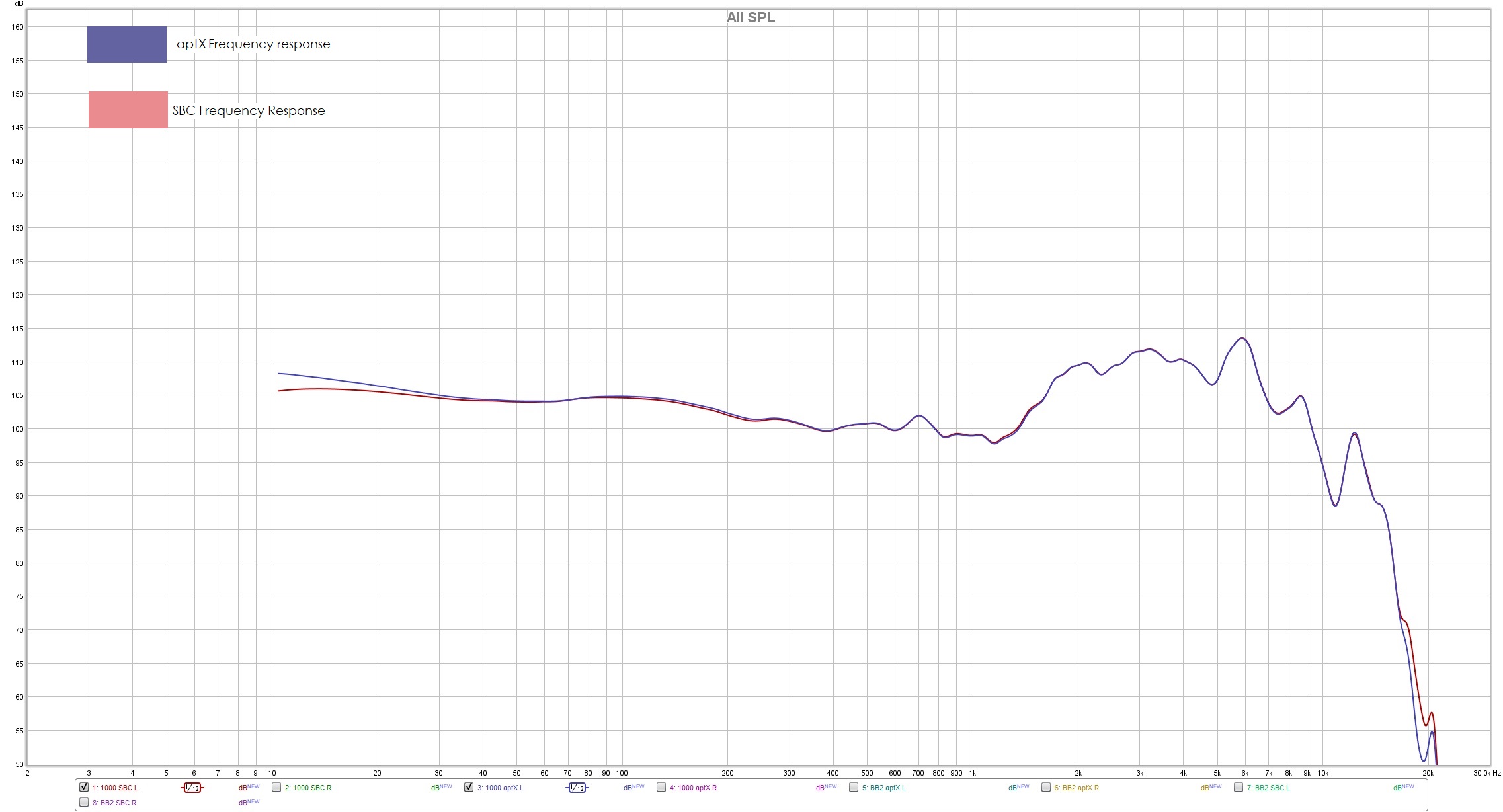 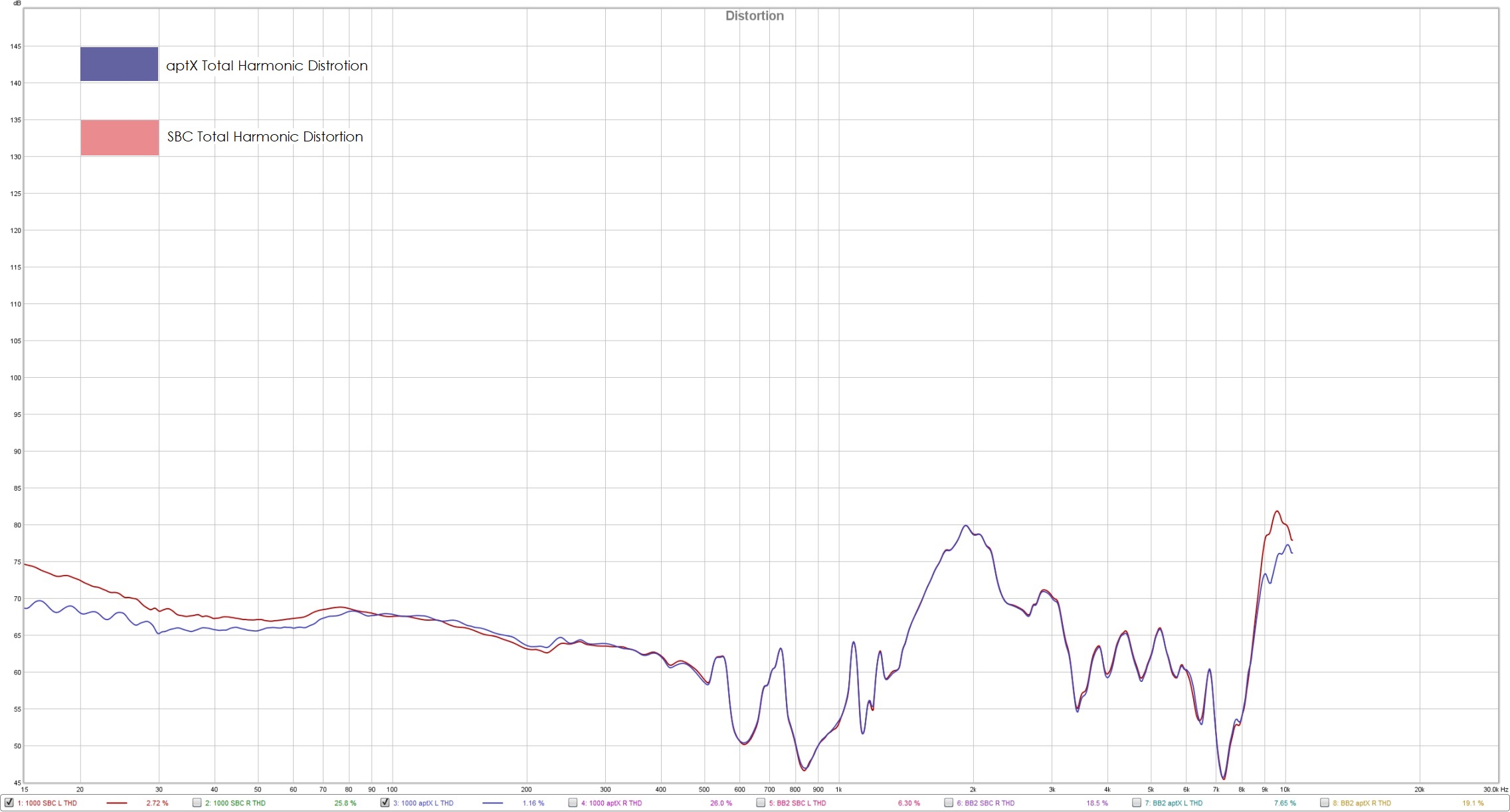 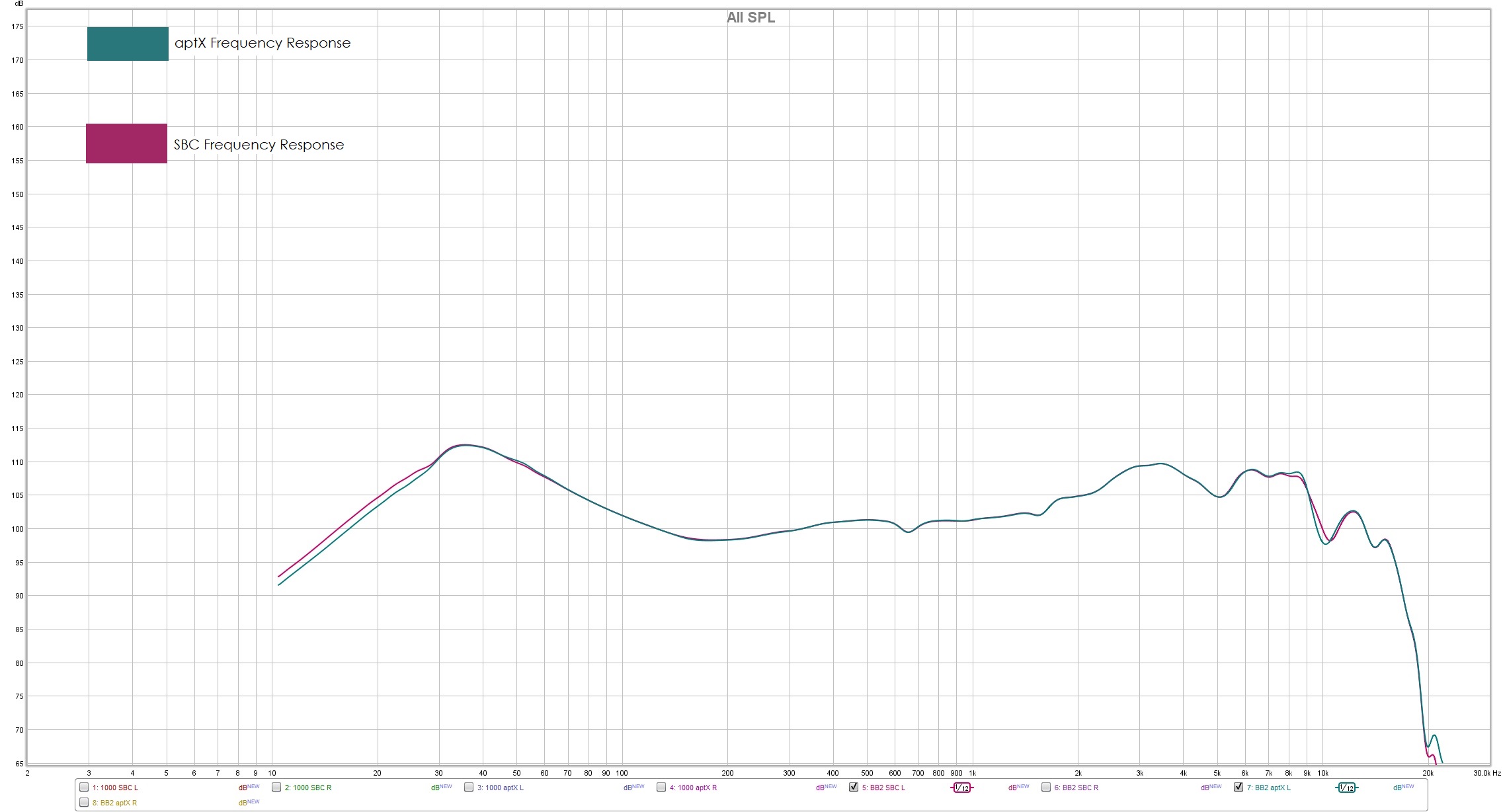 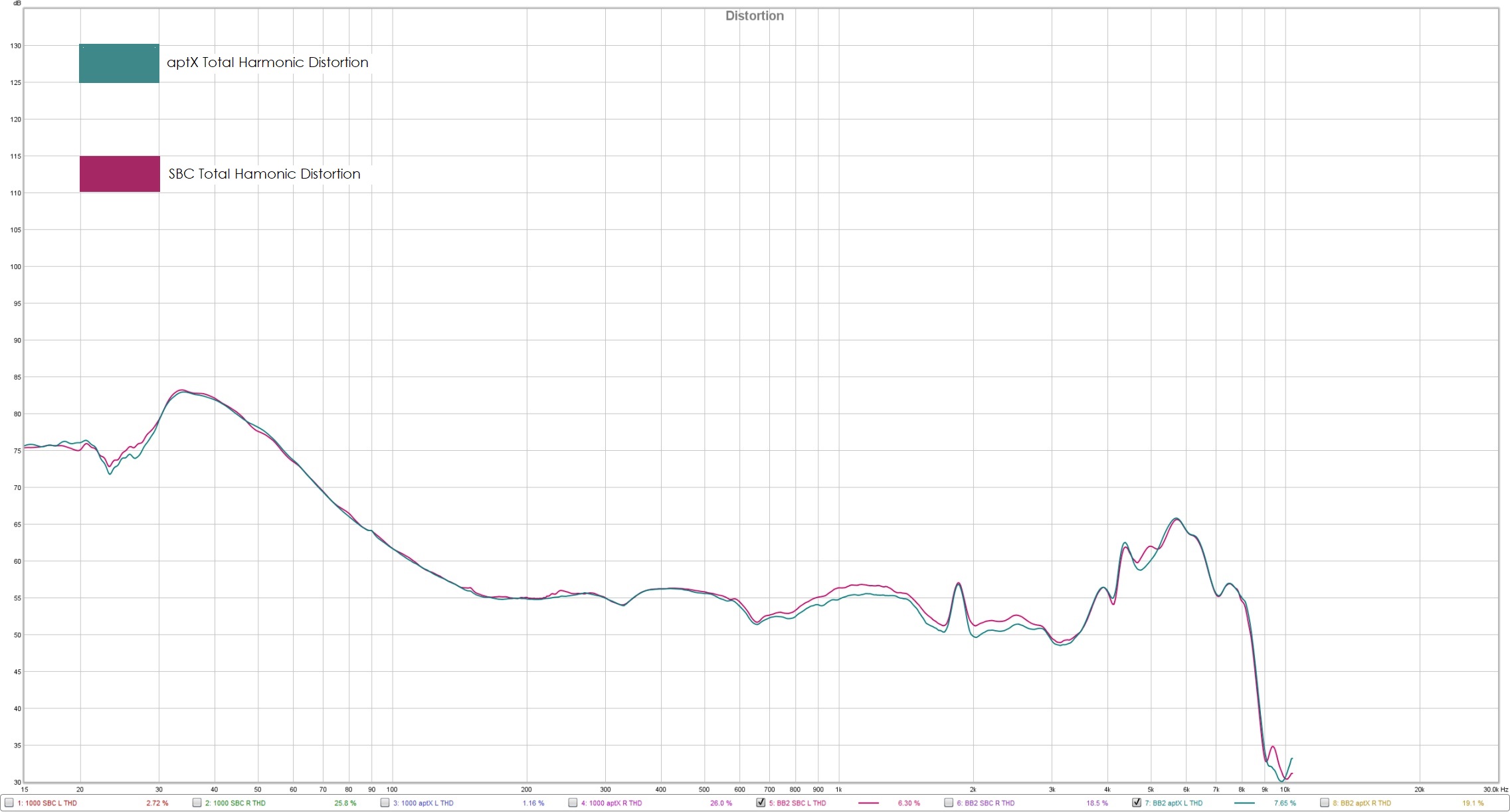 The resulting measurements for both Frequency Response and Total Harmonic Distortion are practically the same, whether or not aptX is enabled. This shows that Frequency Response and Total Harmonic Distortion alone are not sufficient for evaluating the benefits of a better codec, as there are more subjective factors that are not reflected in the FR and THD measurements. For that reason, we are working on a more accurate test bench that includes objective perceptual metrics like PEAQ (Perceptual Evaluation of Audio Quality) and POLQA (Perceptual Objective Listening Quality Assessment). This should better simulate the subjective experience of most listeners when a codec is enabled. However, since both the transmitter and receiver must support aptX, you will be using the default sub-band coding more often than not.

Note: We will be updating this article with the new metrics

Codecs have a bigger impact on latency than on sound quality for most listeners. The default SBC connection typically has more than 100ms of latency, which is noticeable when watching videos and may be severe enough to ruin your gaming experience.

To fix some of the sync issues caused by latency, CSR developed the aptX and subsequently the aptX Low Latency codec. Regular aptX does somewhat improve latency due to its more efficient encoding algorithm than SBC. However, aptX-LL has the most noticeable impact on latency.

The clicks in the wired reproduction of the Plantronics Backbeat Pro 2 has the least delay followed by the aptX-LL. Regular aptX does somewhat improve the latency, but not as significantly as aptX-LL. This makes the Backbeat Pro 2 and other headphones with the low latency codec good headphones for gaming and watching movies as long as both your Bluetooth transmitter and receiver support the aptX-LL.

Codecs are the algorithms that compress data for easier and faster transmission. Better encoding and decoding algorithms mean less lossy transmission which can help with audio quality. Based on our test, we've noticed that codecs have a bigger impact on latency than on audio quality, although we have yet to test more audio specific codecs like AAC and aptX HD. The subtle changes in audio quality due to a codec like aptX are negligible when compared to the reduced latency aptX Low Latency connection. However, since both the headphones and the Bluetooth source have to support the codec for it to work, you will most often than not rely on the default sub-band coding, as there are not many Bluetooth devices that support aptX and even less for aptX-LL. Discover our recommendations for the best Wireless Bluetooth headphones.