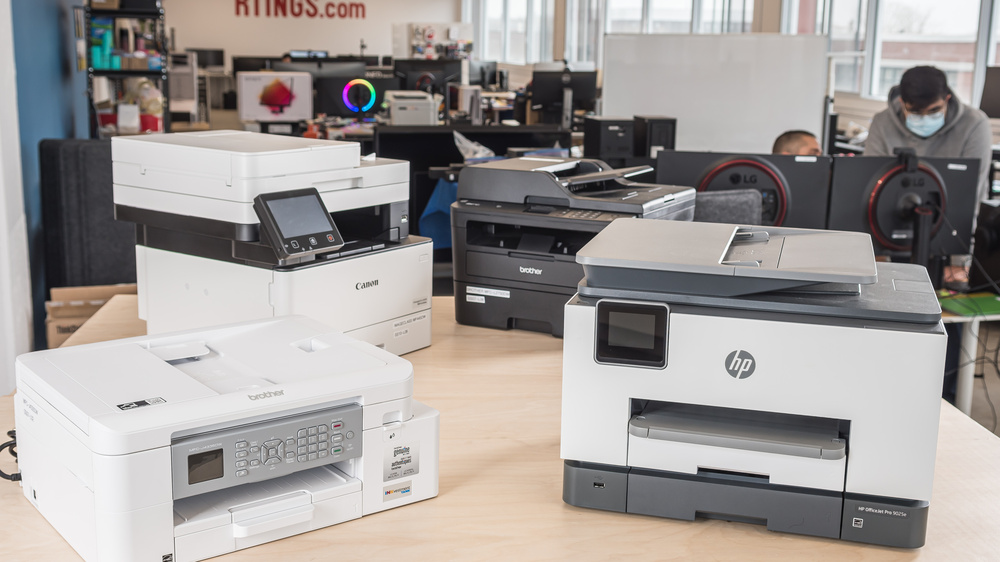 If you're shopping for a printer for your office, it's important to find a reliable unit. Nobody wants a printer that interrupts work by constantly needing new ink or toner or by having a scanner that isn't up to par. So, to help you find the right printer for your needs, we've put together a list of great printers that will fit the bill. We focus largely on office printers with a good cartridge system, fast printing speeds, and good scanning features, meaning you can get a variety of different jobs done quickly and efficiently.

Our recommendations above are what we think are currently the best printers for office use for most people. We factor in the price, feedback from our visitors, and availability.

If you would like to do the work of choosing yourself, here's the list of all our office printer reviews. Be careful not to get too caught up in the details. While no printer is perfect for every use, most are good enough to please almost everyone, and the differences are often not noticeable unless you really look for them.