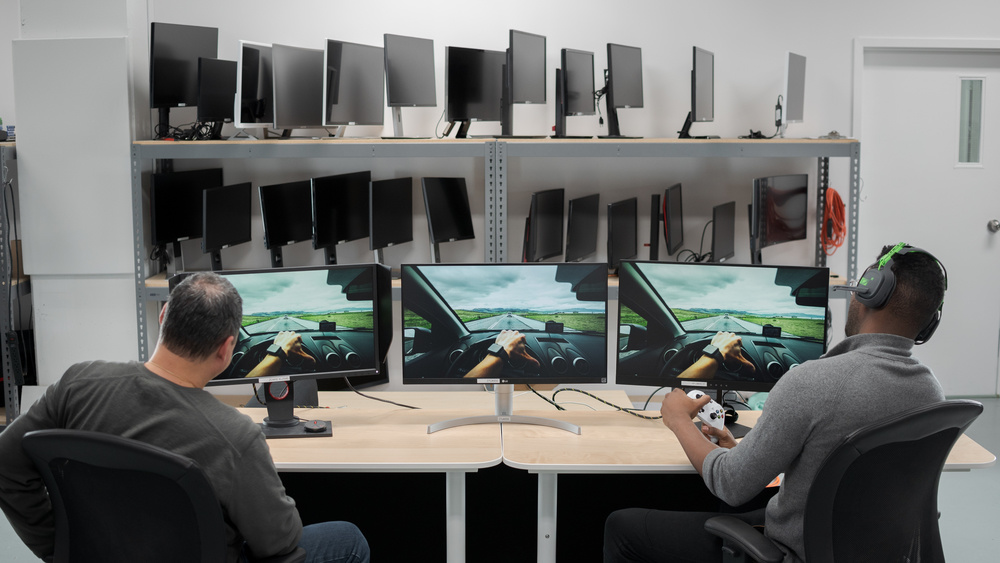 Whether you're in a dorm or simply don't have the space or budget for a big TV, console gaming on a monitor is a great alternative. Like any technology, not all monitors are created equal, and there are very different requirements depending on your usage. The Xbox One and the Xbox One X|S support different resolutions and technologies, so finding the right monitor depends on which exact console you have. The Xbox One needs a basic 1080p monitor, while you can use a more advanced 1440p or 4k monitor for the Xbox One X or S.

Note: While we started testing the monitors' compatibility with the Xbox Series X, the results are also valid for resolutions that the Xbox One and Xbox One X|S also support, like 4k @ 60Hz, 1440p, and 1080p.

Our recommendations are based on what we think are the best monitors for gaming on the Xbox One, Xbox One S, and Xbox One X currently available. They are adapted to be valid for most people, in each price range. Rating is based on our review, factoring in price and feedback from our visitors.