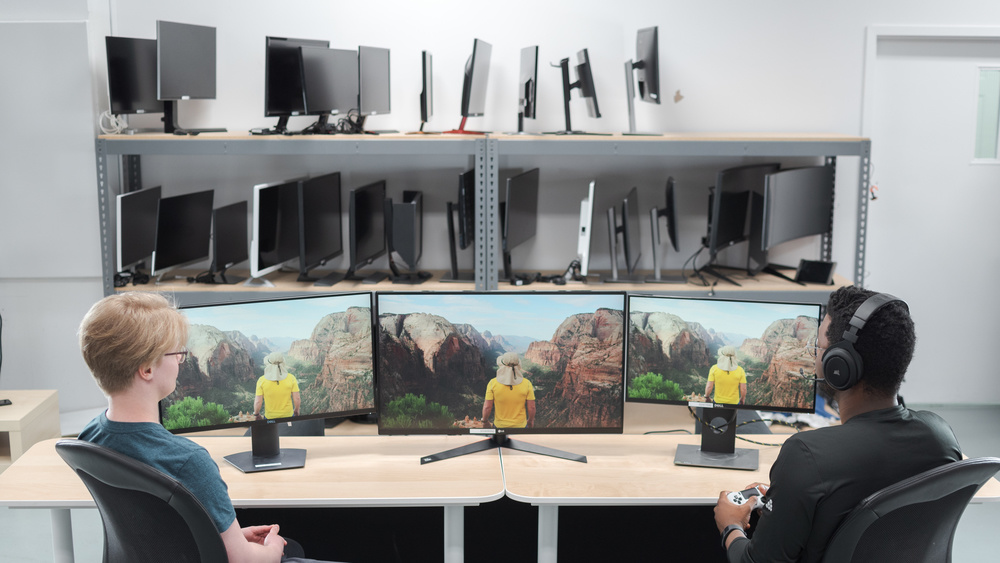 In recent years, 1440p monitors have become extremely popular for gaming. They have a low enough resolution that decent performance is achievable without an extremely expensive gaming computer, yet are high enough resolution that you can see more fine details in your favorite games. They aren't just for PC gaming anymore; 1440p is supported by the Xbox Series X and PS5, making a 1440p monitor an attractive alternative for students who don't have enough room for a full-size TV.

Our recommendations are based on what we think are the best 1440p gaming monitors currently available. They're adapted to be valid for most people. Rating is based on our review, factoring in price, and feedback from our visitors.

If you would prefer to make your own decision, here is the list of all of our 1440p monitor reviews. Be careful not to get too caught up in the details. Most monitors are good enough to please most people, and the things we fault monitors on are often not noticeable unless you really look for them.