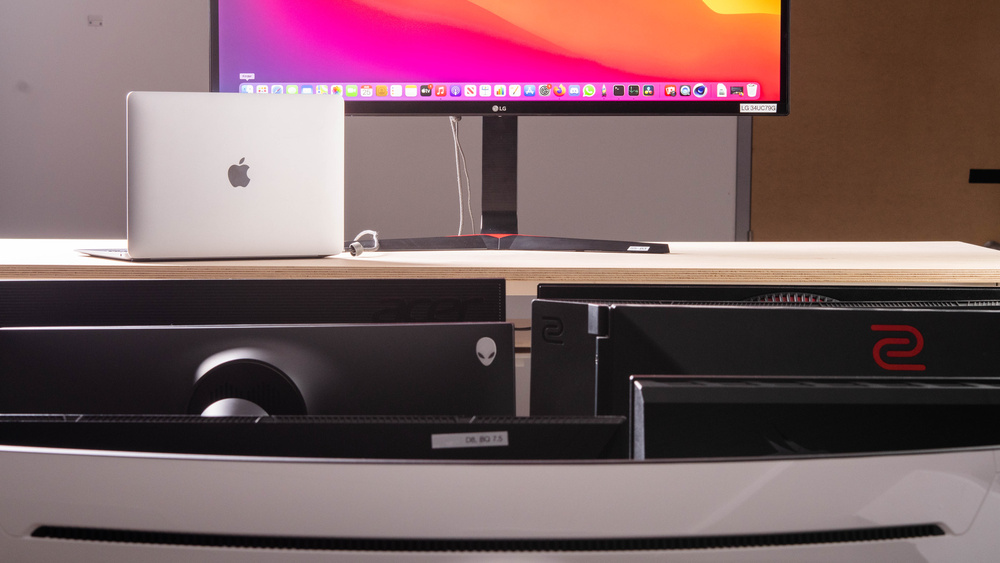 If you find that only using your screen on your MacBook Pro doesn't give you enough screen space, then getting a monitor is a good alternative. You'll want one that supports USB-C with power delivery, which allows you to connect your MacBook Pro to the display and charge it using a single cable. However USB-C connections are still limited to mainly higher-end monitors, so if you want something on a budget, you can easily connect over HDMI, but you'll still need a separate cable for charging.

We test monitors' compatibility with the 2021 14-inch MacBook Pro with the M1 Pro chip using USB-C or DisplayPort connections, so our recommendations reflect those results. The results are also valid for any MacBook, including if you're looking for the best MacBook Air monitor or if your MacBook uses the M2 chip.

Our recommendations are based on what we think are the best external monitors for MacBook Pro and the best MacBook Air monitors that are currently available. They are adapted to be valid for most people, in each price range. Rating is based on our review, factoring in price, and feedback from our visitors.

If you would prefer to make your own decision, here is the list of all of our monitor reviews, except Dell monitors. Be careful not to get too caught up in the details. Most monitors are good enough to please most people, and the things we fault monitors on are often not noticeable unless you really look for them.