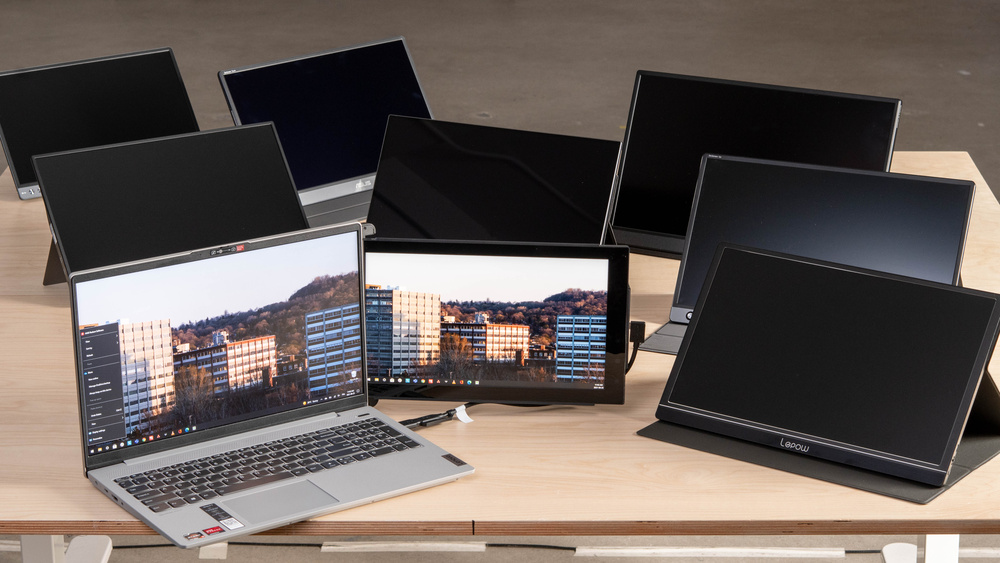 Being able to work wherever you can is more important than ever if you work remotely or on the go. Working from a laptop isn't the most productive, and that's where portable monitors are beneficial. Ranging in size from a small tablet to a large laptop, portable monitors make it easier to work on the go, giving you extra screen space to work with. Most of them support USB-C connectivity, and some of them even have built-in batteries, so you can work for a few hours without draining your laptop battery.

There are a few downsides though, and compared to regular desktop monitors, the picture quality isn't as good on most portable monitors. Most of them have a small screen with a slow refresh rate and sluggish response time, and many of them have a limited color gamut and very few extra features.

Our recommendations are based on what we think are the best mobile monitors currently available. They're adapted to be valid for most people, in each price range. Rating is based on our review, factoring in price, and feedback from our visitors.

If you would prefer to make your own decision, here is the list of all of our portable monitor reviews. Be careful not to get too caught up in the details. Most monitors are good enough to please most people, and the things we fault monitors on are often not noticeable unless you really look for them.