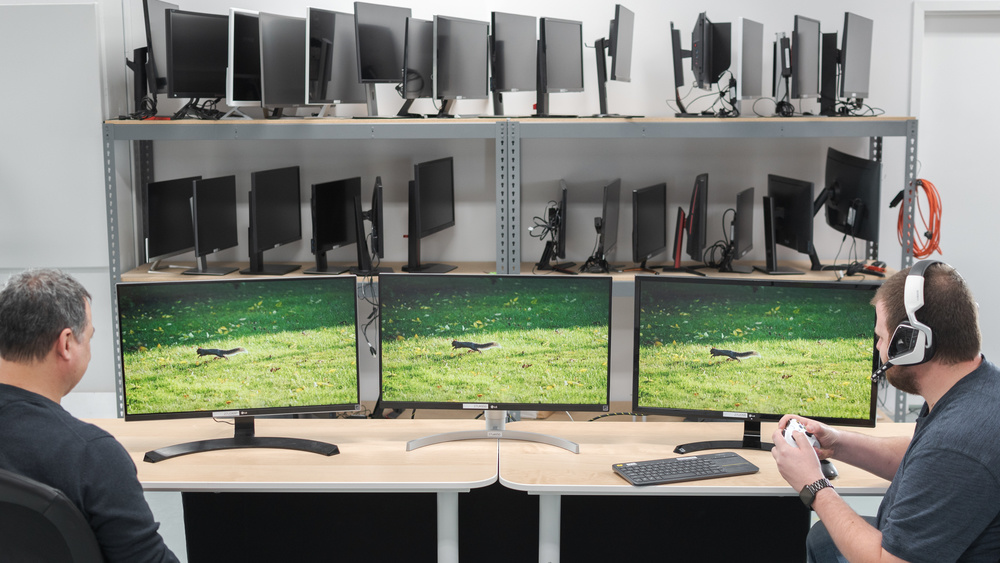 Gaming has evolved in recent years, with new 4k monitors delivering a more detailed gaming experience. Console and PC gamers alike have embraced this new format, with upgraded consoles that can take advantage of the greater levels of detail these screens provide. 4k monitors with HDMI 2.1 bandwidth are starting to become more available, allowing you to reach a higher frame rate for a better gaming experience. Higher refresh rate 4k monitors are becoming more accessible and affordable to the consumer market too, and while they tend to cost more than other 4k monitors, they're at least future-proof for when high-frame-rate 4k gaming is easier to achieve.

Our recommendations are based on what we think are the best gaming monitors with a 4k resolution currently available. They're adapted to be valid for most people, in each price range. Rating is based on our review, factoring in price, and feedback from our visitors.

If you would prefer to make your own decision, here is the list of all of our 4k monitor reviews. Be careful not to get too caught up in the details. Most monitors are good enough to please most people, and the things we fault monitors on are often not noticeable unless you really look for them.