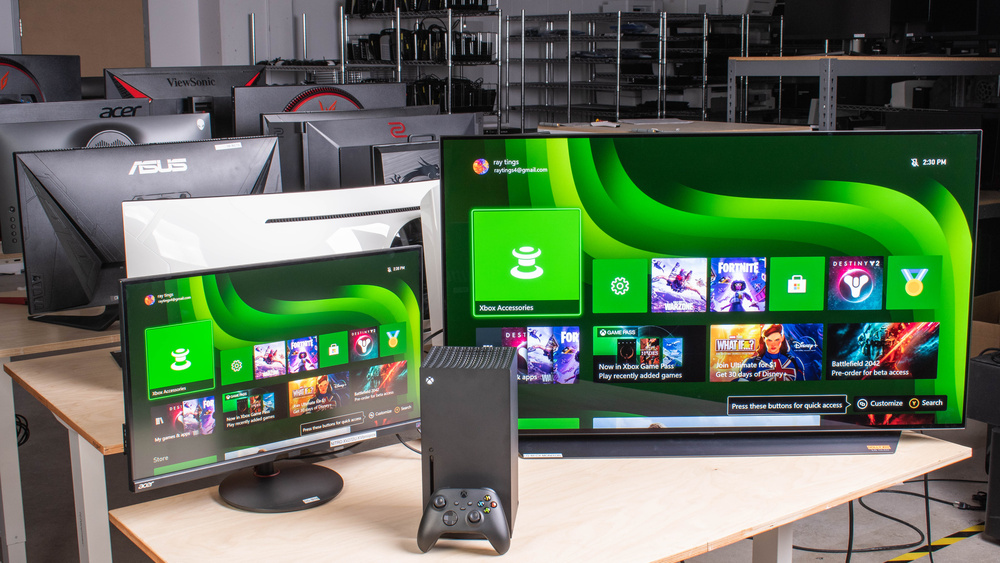 If you have an Xbox Series X and prefer gaming on a monitor, there are plenty of options to choose from. Although high refresh rate 4k monitors with HDMI 2.1 support are becoming more common, there are still only a handful of them. This means you may have to sacrifice resolution to get smoother gameplay, as most models with a high refresh rate have a 1080p or 1440p resolution. Thankfully, the Xbox Series X supports all common resolutions, so you don't have to worry about compatibility, and it has HDMI 2.1 support for 4k gaming at 120 fps.

Although we have an Xbox Series X, we have yet to officially test all monitors with it, so some of these recommendations are based on predictions and overall performance.

Our recommendations are based on what we think are the best gaming monitors for the Xbox Series X currently available. They are adapted to be valid for most people, in each price range. Rating is based on our review, factoring in price, and feedback from our visitors.

If you would prefer to make your own decision, here is the list of all of our 1440p and 4k monitor reviews. Be careful not to get too caught up in the details. Most monitors are good enough to please most people, and the things we fault monitors on are often not noticeable unless you really look for them.