By Cedric Demers, Adriana Wiszniewska
What it is: Evenness of blacks.
When it matters: Dark scenes viewed in a dark room.
Score components:
Score distribution

Black uniformity refers to a TV’s ability to display black evenly across its screen. Perfect black uniformity would mean shadows, night skies, and other black objects would look equally dark at any given point on the screen, and that the TV’s lighting is perfectly diffused across the screen. Unfortunately, all LED TVs have some imperfections as a result of the backlight. Backlight bleed can include flashlighting, which looks like a flashlight has been pointed across the corners of the television, and clouding, which looks like brighter patches on parts of the screen. Both are caused by the TV improperly diffusing the backlight across the entire screen, and both are especially obvious when the TV is being viewed in a dark room.

For this test, we take a photo of the TV while it displays a mostly black frame with a white center cross, which is meant to emulate bright objects in dark scenes, like stars in a night sky. This is to see if it has any issues with blooming or backlight bleed. We also calculate the standard deviation of the color values of the pixels when they try to display black, and then repeat the test with local dimming enabled. 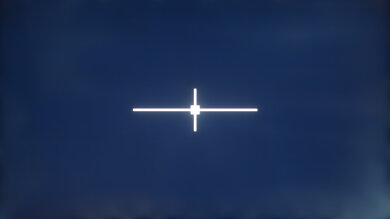 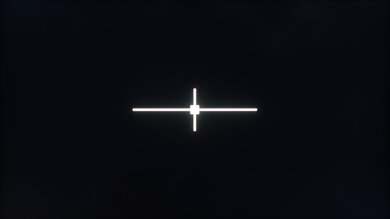 Black uniformity issues like clouding or flashlighting can typically be seen during dark scenes, and most noticeably when the TV is playing in a dark room. If you watch TV in a room that gets a bit of light, you likely won't notice it much.

No LED TV has perfect uniformity, but in most cases, you won't notice it unless you really look for it. However, some TVs (like the LG NANO81 above) have especially bad black uniformity. If you get a TV with that much clouding and blooming, it may affect your enjoyment of whatever you're watching. Keep in mind, though, that black uniformity can vary between individual units.

Our picture test captures the black uniformity imperfections on a TV’s screen and is meant to show you the quality of the blacks in terms of what you see. Of our black uniformity tests, we consider this the most useful for most people.

To evaluate the black uniformity on TVs, we take a photograph of this pattern, in a pitch dark room, with the following camera settings: F4.0, ISO-200, 2 sec shutter time. The backlight of the TV is set so that white emits 100 cd/m2 of light. To show the TV’s native uniformity, we don't turn on local dimming for this test (we repeat the test after with local dimming enabled to show the difference). 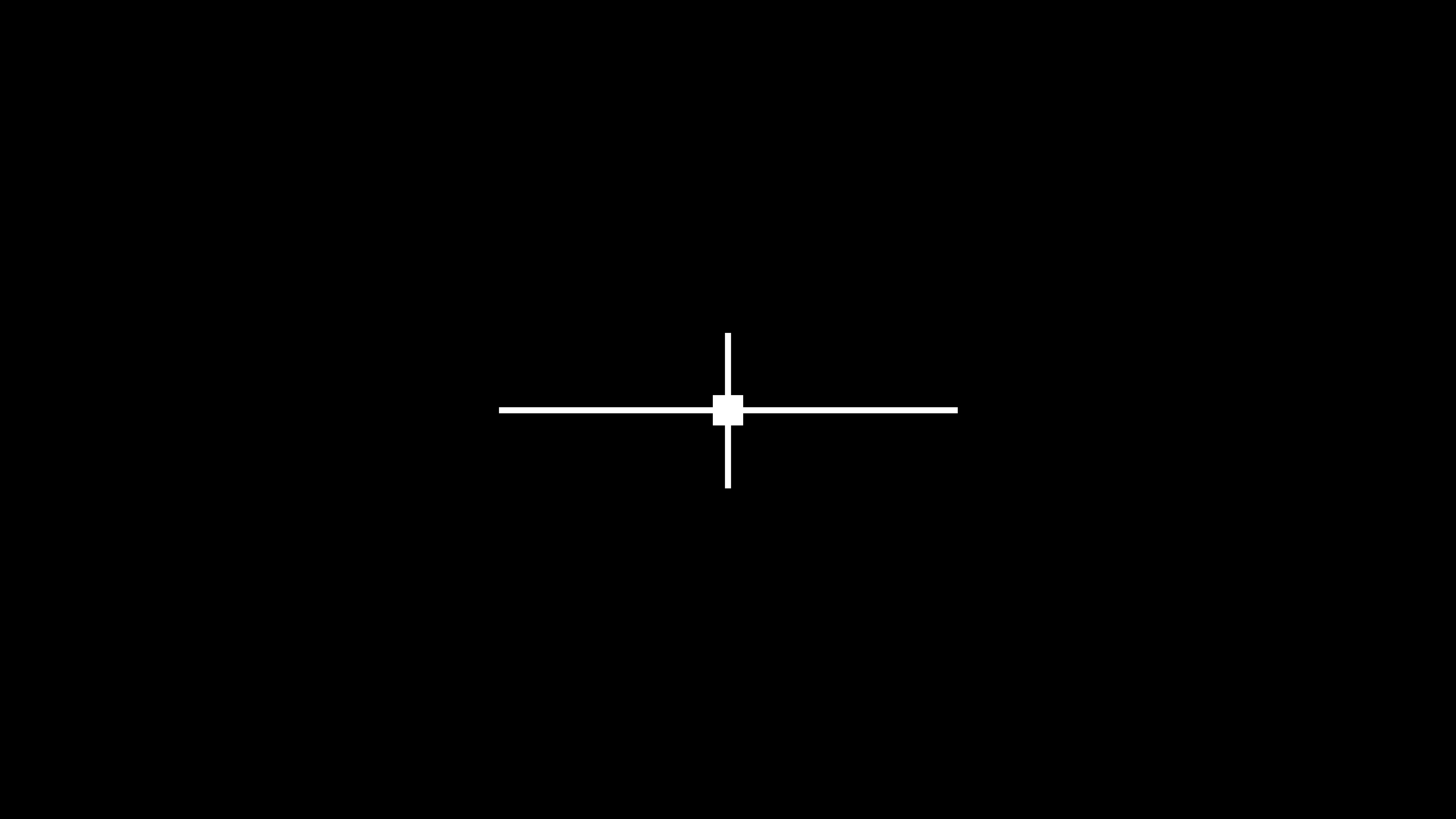 What it is: Average of the squared difference of the blacks.
When it matters: Dark scenes viewed in a dark room.
Good value: < 1%
Noticeable difference: 1%, but keep in mind that it varies a lot by unit, even of the same model; yours likely will not end up exactly like ours.
Score distribution

We also calculate the standard deviation of the color values of the pixels from the picture taken in the test above. This is done so that we can objectively score the TV's uniformity, rather than needing to rely on our subjective opinions of each TV. This is a bit less useful for people who want an idea of what black uniformity looks like, but is necessary for us to be able to assign a fair score.

To score the TV's clouding and flashlighting issues objectively, we process the test photo and calculate the standard deviation of the pixels in the picture. The result is a number that corresponds to how uniform the blacks are. A value of 0 means it's perfect. The greater the number, the more the blacks vary.

​Similarly to the native black uniformity test, we take a picture with the same room and camera settings, but this time with the local dimming feature turned on and set to maximum.

This is useful to show how effective the local dimming is at reducing black uniformity issues when displaying a black image viewed in a dark room. 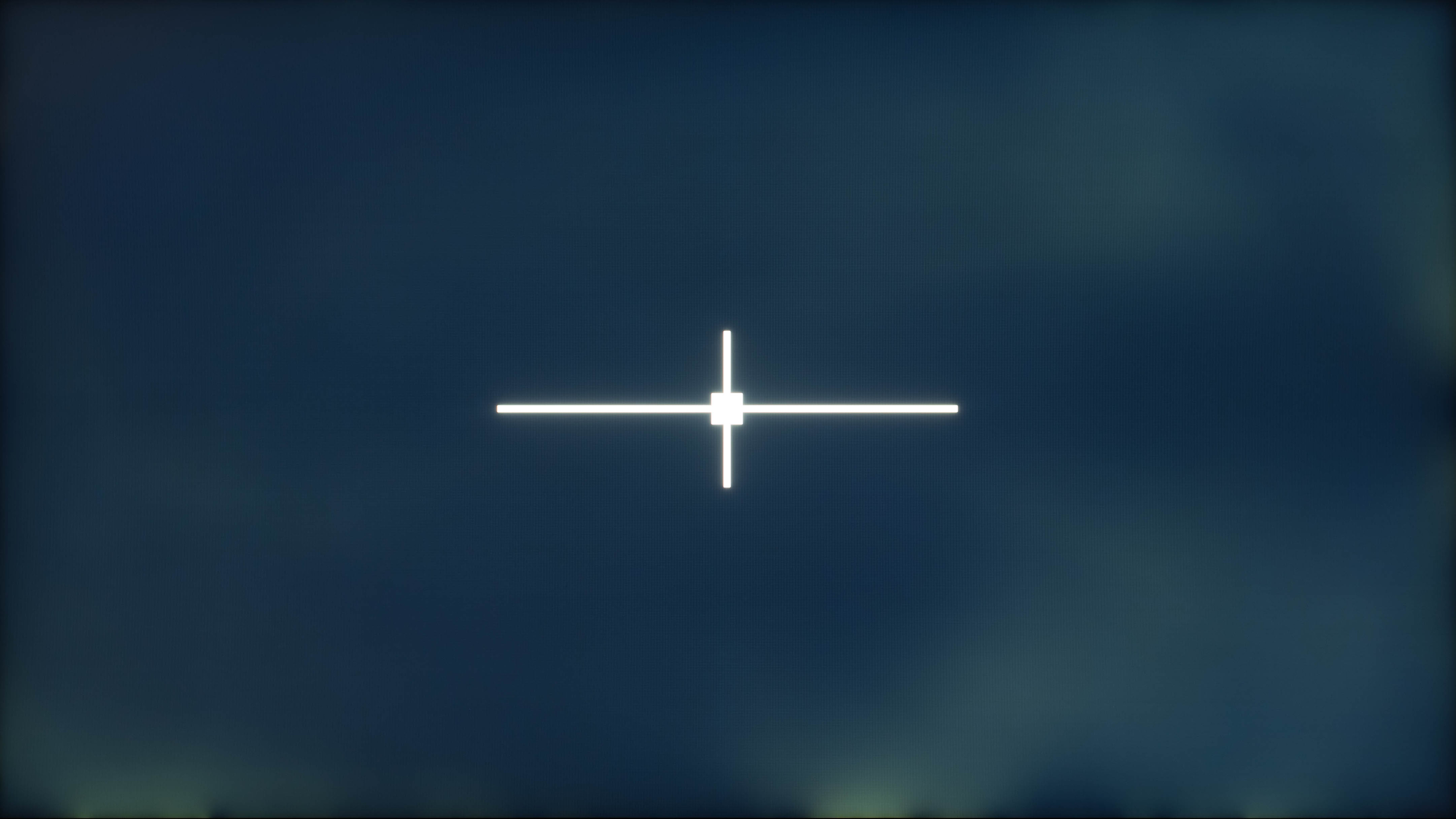 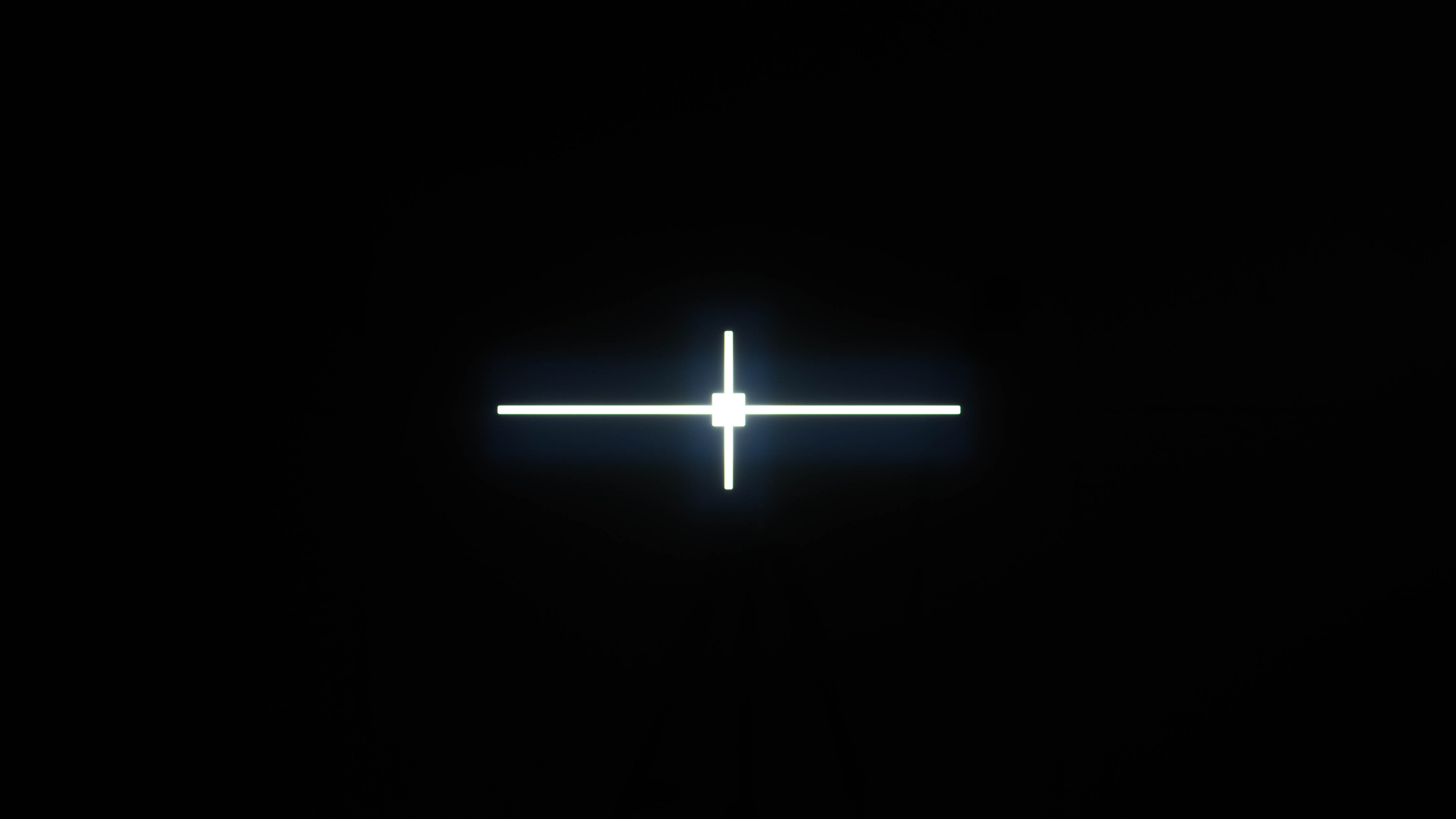 Black uniformity of the Samsung QN85A with local dimming

Above, you can see the difference that local dimming can make on a TV with poor native black uniformity. Both photos are from the Samsung QN85A QLED, which uses an ADS panel and therefore has more issues with backlight bleed and blooming, as seen in the left photo. As you can see in the right photo, however, it has a good local dimming feature that greatly improves the evenness of blacks and reduces blooming around the test cross.

What it is: Average of the squared difference of the blacks with Local Dimming enabled.
When it matters: Dark scenes viewed in a dark room.
Good value: < 1%
Noticeable difference: 1%, but keep in mind that it varies a lot by unit, even of the same model; yours likely will not end up exactly like ours.
Score distribution

LED-backlit LCD TVs typically come in one of two sub-types of panels: Vertical Alignment (VA) or In-Plane Switching (IPS). VA panels tend to have much high contrast ratios, and therefore better black uniformity. IPS panels, on the other hand, have worse contrast ratios and suffer from more backlight issues that can affect black uniformity, including 'IPS glow', which is a kind of 'glow' effect that can be seen in the corners of IPS screens.

Learn more about the difference between VA and IPS

LED-backlit LCD TVs are prone to black uniformity issues, but OLED TVs can produce virtually perfect blacks because their pixels are self-emitting, and therefore don't have the same limitations caused by improper backlight implementation. That means they don't suffer from clouding or flashlighting as LED TVs do.

Learn more about the difference between OLED and LED TVs

The cause of flashlighting and clouding

Flashlighting and clouding can occur for a few reasons:

Flashlighting can sometimes be fixed on some televisions. If the flashlighting is caused by pressure from the TV's frame, you can adjust it by slightly loosening or tightening the screws behind the edge of the screen. Some TVs don't expose the screws, however, so this won't always be possible. You should also keep in mind that a small change in the tightness of a screw can have a big impact on the uniformity of the screen, so be careful if ever you do try this step. While this can fix the issue, we don't recommend it unless you know exactly what you're doing, as it may cause more problems than it solves.

For clouding, there's a pretty simple fix that—while not guaranteed—can have good results. Power on the TV and display a black image. This will allow you to see the lighter spots on the screen. Next, take a soft cloth and massage those brighter spots to improve the uniformity. You should only apply very gentle pressure, just barely touching the screen. You can also try a few different stroking patterns. If you are patient enough, this works surprisingly often, especially on edge-lit TVs, although you should be very careful to avoid damaging your screen.

Alternatively, you might consider returning or exchanging your television. Some models are more prone than others to having issues. Even within the same model, some units can have more uniformity issues than others because of slight variation in the manufacturing or shipping process. It can be worth trying to exchange it for the same model before going with an entirely different TV. Extreme cases of clouding are also covered under a TV's warranty.

Black uniformity refers to how evenly a TV can display black across the screen, especially when displaying a bright object over a dark background. It’s important when watching dark scenes in a dark room, and while most people shouldn’t notice black uniformity issues like flashlighting and clouding, they can become more apparent when the issues are especially bad. You won’t need to worry about these problems in rooms with lights on, though. For each TV, we take a photo of a black frame to capture the black uniformity, and then we calculate the color values of the pixels to find the standard deviation of the uniformity. We then do the same with local dimming enabled.

You may be able to remove flashlighting (to some degree) by tightening the screws of the TV’s frame. This can have pretty dramatic effects on the picture, though, so you should be very careful when attempting this. For clouding, gently massaging problem areas with a soft cloth often does a good job of fixing bad uniformity. In the end, the safest bet may be to simply return or exchange your TV if you can, since uniformity varies between individual units.