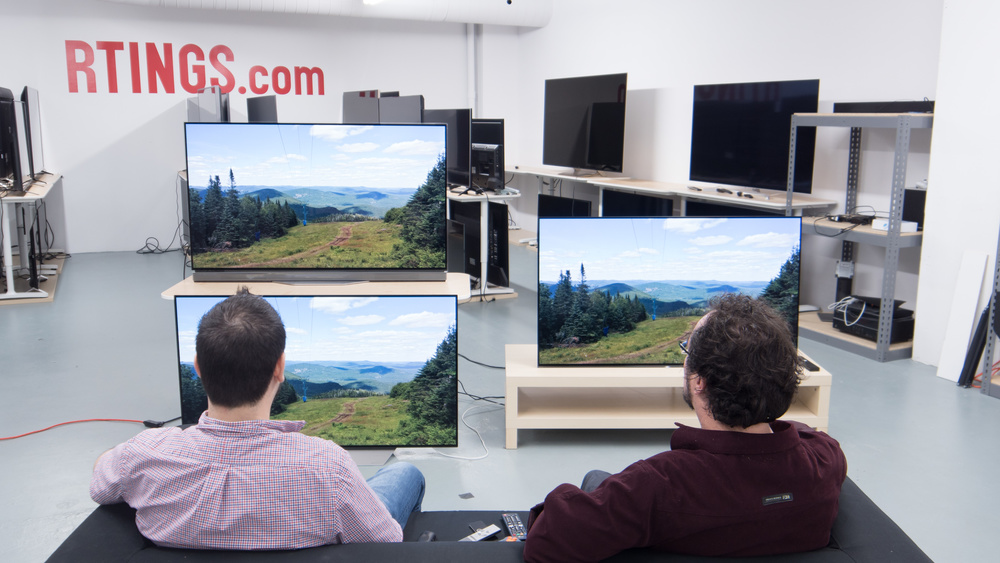 Organic Light-Emitting Diode (OLED) TVs are one of two major types of TVs, and they're very popular. They've become more affordable since they first hit the consumer market in 2013. They're different from the traditional LED-backlit LCD TV because instead of using a backlight, each pixel is self-emissive. This means that they can turn on and off on their own, producing perfect black levels with no blooming around bright objects. OLEDs generally get less bright than their LED counterparts, and they risk permanent burn-in with cumulative exposure to the same static elements, but this isn't an issue if you watch static content. If you want the best picture quality possible, you can't go wrong with an OLED.

Note: Keep in mind that we only buy and test products available in the United States. While we expect this list to be relevant regardless of your region, there are a couple of popular models from Panasonic and Philips that aren't available in the US, so we haven't tested them.

Our recommendations above are what we think are currently the best OLED TVs available in the United States for most people. We factor in the price (a cheaper TV wins over a pricier one if the difference isn't worth it), feedback from our visitors, and availability (no TVs that are difficult to find or almost out of stock everywhere, and we only test those available in the U.S.).

If you would like to do the work of choosing yourself, here is the list of all our reviews of OLED TVs. Be careful not to get too caught up in the details. While no TV is perfect, most TVs are great enough to please almost everyone, and the differences are often not noticeable unless you really look for them.