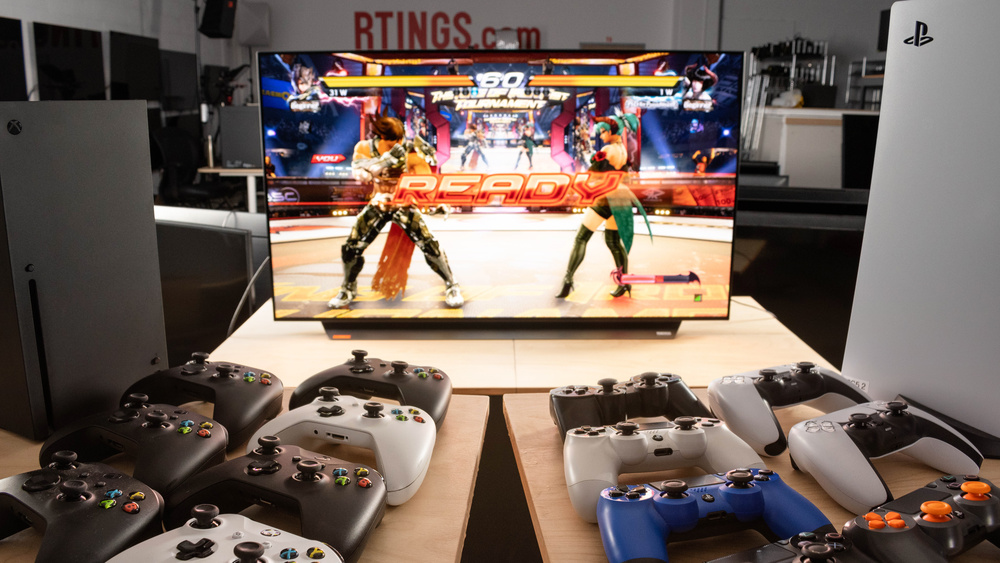 Almost any 4k TV is good enough for casual gaming, but if you're a competitive gamer you'll want the best performance possible. Many modern 4k TVs are suitable for gaming as manufacturers have been trying to improve their gaming performance to compete with monitors. High-end models tend to have gaming features like variable refresh rate (VRR) support, as well as an Auto Low Latency Mode that automatically switches the TV into Game Mode when you launch a game from a compatible device for low input lag. With the release of the current-gen gaming consoles, TVs also support HDMI 2.1 bandwidth so that you can play 4k games up to 120 fps.

Note: Since new TVs tend to launch at very high prices, it's unlikely that these newer models will become reasonable choices until later in the year. Because of this, some of the 2021 models remain as picks in our recommendations.

We've tested more than 100 TVs under the latest test bench, and below are our recommendations for the best gaming TVs you can buy. Also check our picks for the best HDR TVs, the best PS5 TVs, and the best TVs for Xbox Series X.

Our recommendations are based on what we think are the best 4k TVs for gaming currently available. They are adapted to be valid for most people, in each price range. Rating is based on our review, factoring in price and feedback from our visitors.

If you would prefer the make your own decision, here is the list of all of our TV reviews. Be careful not to get too caught up in the details. Most TVs are good enough to please most people, and the things we fault TVs on are often not noticeable unless you really look for them.