By Nicholas Di Giovanni
What it is: Amount of blur in fast motion.
When it matters: Sports, video games.
Score components:
Score distribution

If you watch content with fast-moving objects, like in video games, sports, or action movies, it's important to get a TV with a good response time and minimal blur. Response time affects motion blur, and a bad response time can result in artifacts, black smearing, or ghosting. There are a few other factors that lead to motion blur, with the main one being response time.

For most TVs, a bad response time, or motion blur, is only a potential problem with sports and video games because of the quick movement inherent to both. With movies and regular TV, you will rarely perceive motion blur unless there are fast-moving objects in the scenes.

Too much motion blur is very noticeable and can ruin the look of movement on a TV – nobody wants a long trail following a moving object. We objectively measure the response time, which affects the appearance of motion, but some people may have a higher tolerance for motion blur than others, so finding the right TV for your needs all comes down to personal preference. 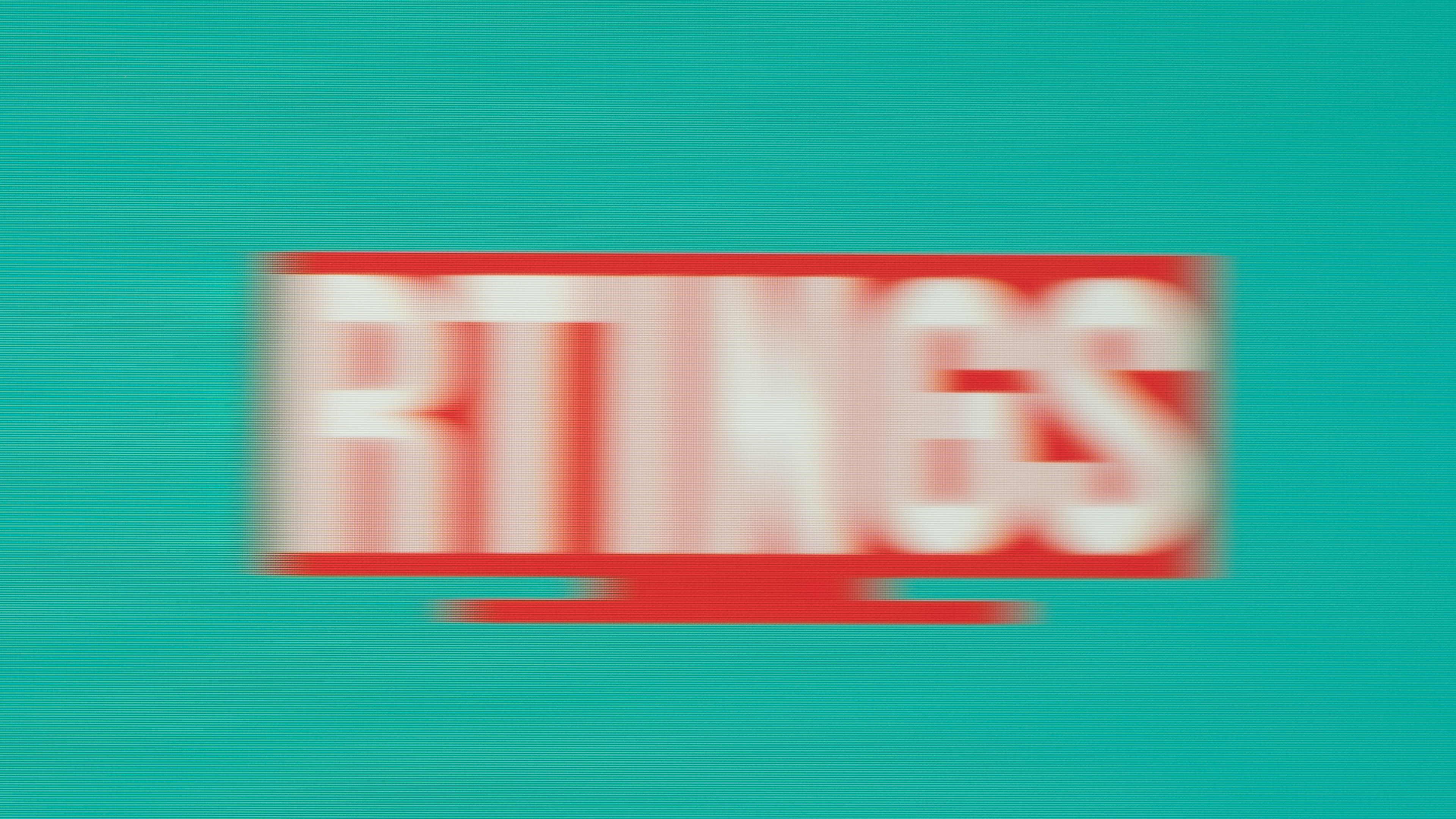 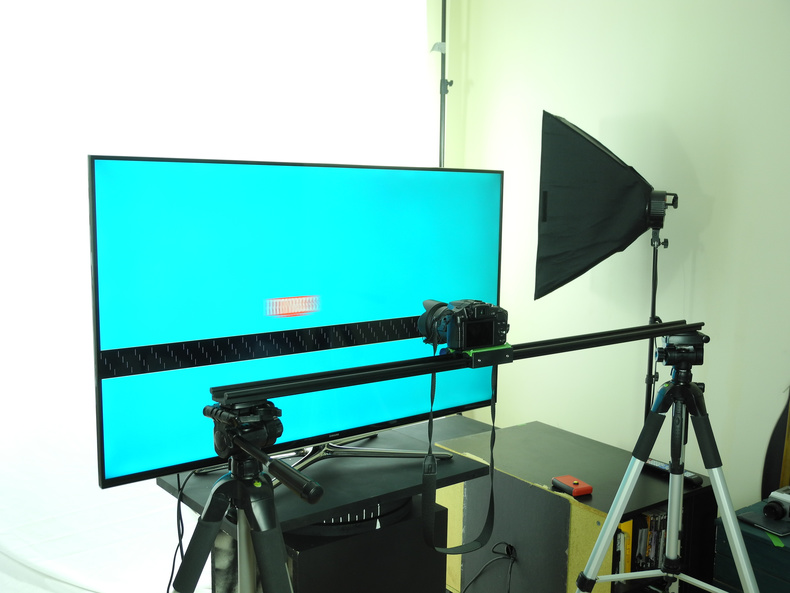 To provide an idea of how motion looks on the TV, we take a photo of our logo traveling across the screen. In the test, our logo moves across the screen at a speed of 960px per second and a frame rate of 60 fps. We slide our camera along a rail at the same speed as the logo and take a picture with a shutter speed of 1/15 of a second to capture all artifacts. The resulting photo represents what you can expect your eye would see while watching a moving object.

To validate that our camera goes at exactly the same speed as our logo, we use temporal tick marks placed just below the logo. This technique was invented and proposed to us by Mark Rejhon of Blur Busters, a website dedicated to the reduction of motion blur.

You can test your screen using our test pattern. If you follow our logo with your eyes on your monitor or TV, you can compare it to our test results. Alternatively, you can find a wide variety of motion tests over at TestUFO.com.

Response time is the time it takes for a pixel to change from one color to the next. It has a big impact on the appearance of motion blur, but it's not the only factor.

We measure the response time for six transitions: 0-20%, 0-80%, 20-80%, 0-100%, 20-100%, and 80-100%. Zero represents pure black, and 100% is pure white. We repeat the transitions in reverse (so 20-0%, 80-20%, etc.), and once we measured all 12 transitions, we take the times for each and average them out, which gives us our global response time number. Note that some transitions may have a lower response time than the average we list, meaning less blur for those changes, and others might take a good deal more time, creating more blur in those cases. Reading the graph below is fairly easy. The red line represents the initial luminosity level (in this case, 20%), the orange line represents the 80% response time, and the green line is the 100% response time. The x-axis represents the time. The blue line is the luminosity, so you can see how long it takes to get from the red to green lines; in this case, it overshoots a bit, so it actually goes brighter than it should.

What it is: How quickly pixels can fully transition from one color to another.
When it matters: Fast movement.
Good value: < 14 ms
Noticeable difference: 10 ms
Score distribution

The 100% response time measurement represents the time needed to make a full transition from one color to the next. This helps determine the amount of motion blur trail behind and at the front of each object. If there's a fast-moving object on the screen, and pixels take a long time to change colors, they don't keep up with the moving objects, so there's often blur in front and behind the object. You can see the difference below; in the left photo, there's a trail that follows the RTINGS logo, and in front, part of the logo is either cut off or not the proper color. The response time is a lot quicker for the photo on the right, so there's less motion blur. 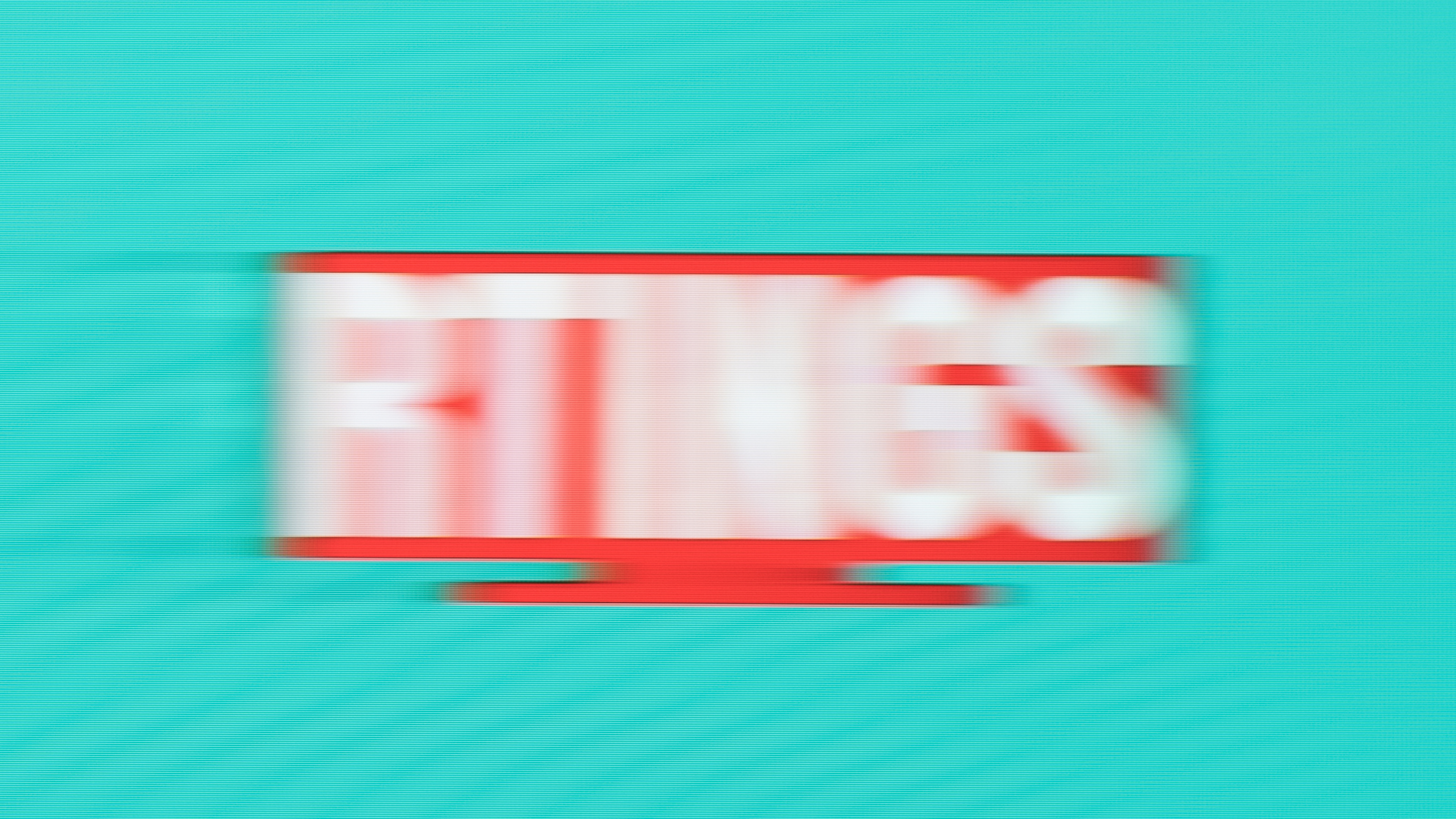 What it is: How quickly pixels can reach 80% of a full transition from one color to another.
When it matters: Fast movement.
Good value: < 6 ms
Noticeable difference: 4 ms
Score distribution

As mentioned, we also measure the 80% response time, which represents how long it takes pixels to reach that point before making a complete transition. It's an important measurement because it shows how long it takes for most of the image to form, which affects the sharpness of the moving objects. More often than not, TVs reach the 80% response time quickly - the quickest 80% response time we measured for an LED TV under the latest test bench is 2.3 ms (Samsung Q800T 8k QLED), and the slowest is 8.1 ms (TCL 4 Series 2020), so the difference is minimal.

Causes and effects of motion blur

Ghosting is a type of motion artifact, and there are two types of ghosting: black smearing and overshoot (inverse ghosting). Black smearing is typical of VA panels and is caused by slow response times in darker transitions (like 0-20%). Because it takes the pixels a long time to change, there's a black trail following the object, like someone smeared black paint across the screen. This effect can also be known as ghosting. Most modern TVs aren't plagued by this issue like they used to be, and it's more common to be seen in VA-type monitors. You can see the black smearing from the Samsung Odyssey G3 LF27G35T monitor below.

As the name suggests, overshoot is when the pixels overshoot their target, like in a 20-80% transition when the pixels go brighter than 80% and have to come back down. This is more common on monitors with overdrive settings than TVs, but it's still possible on TVs. Too much overshoot causes inverse ghosting, which means a part of the object remains on the screen temporarily after it's passed, making it look like a ghost. You can see noticeable inverse ghosting in the image below with the AOC CQ32G1 monitor. 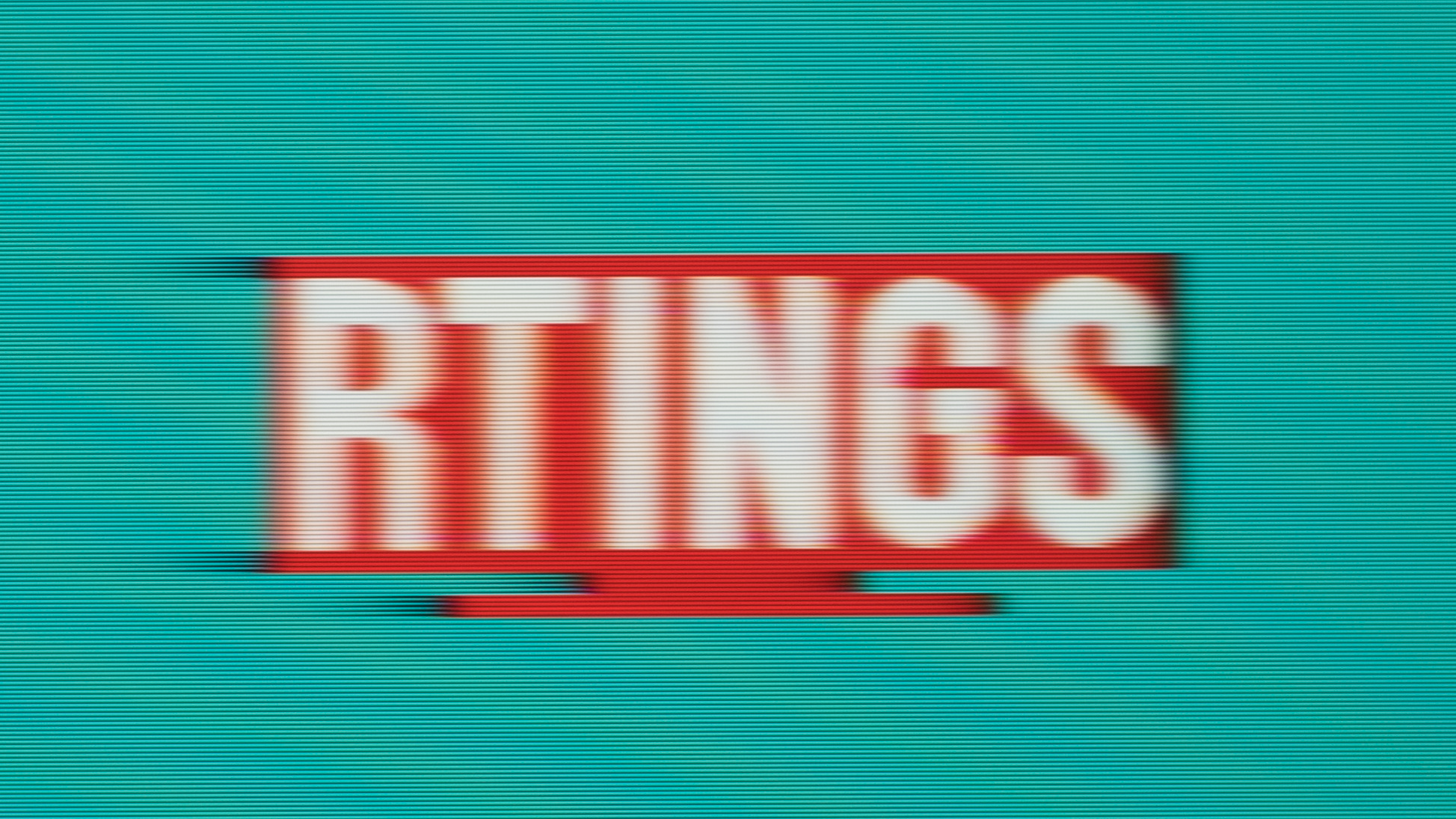 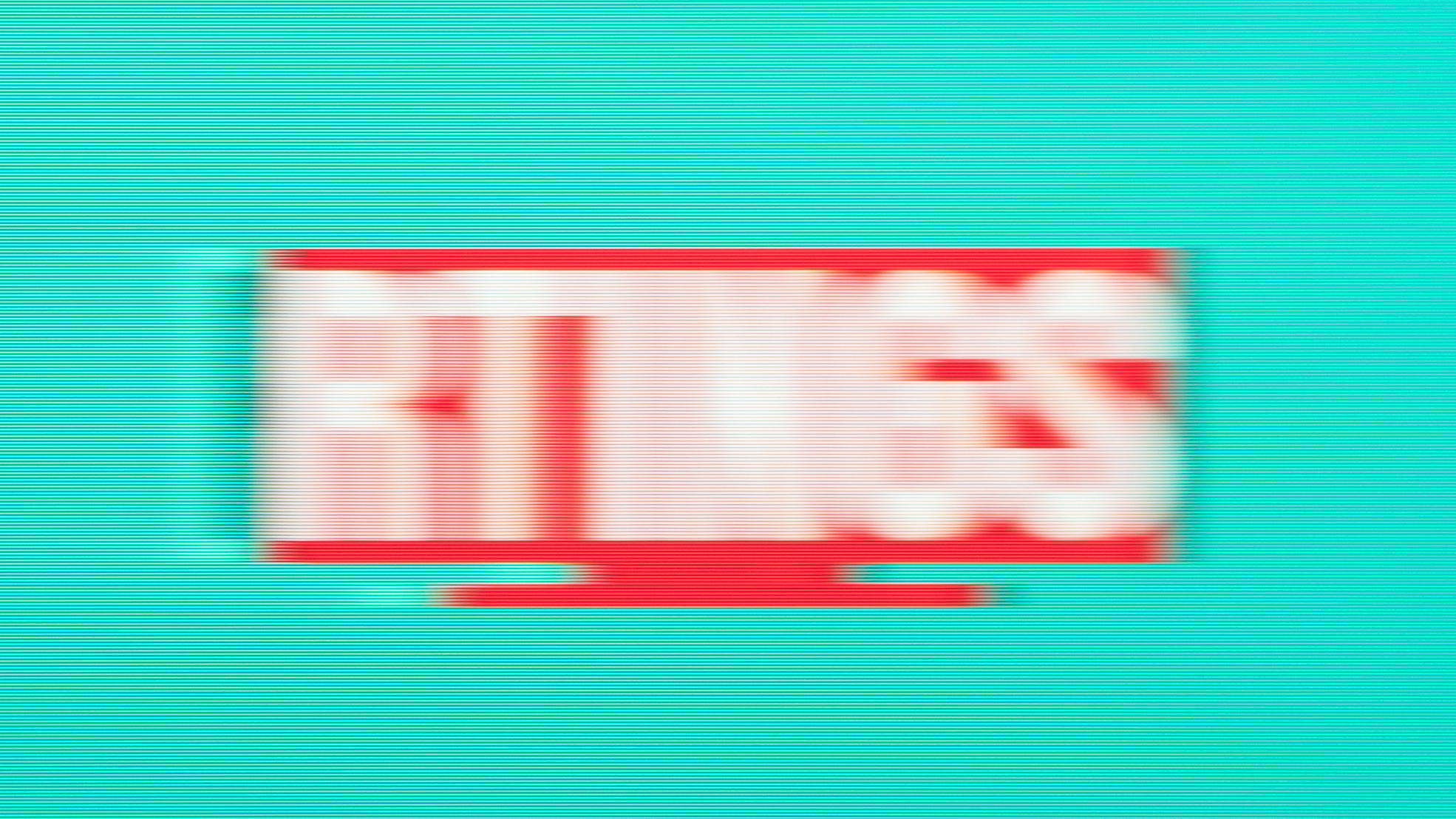 Although we don't measure flicker as part of our response time tests, it still affects the appearance of motion and we also measure the flicker frequency separately. This is a common issue on TVs whose backlight flickers at 120Hz or 240Hz, which can cause image duplication with 60fps content. Below are examples of two TVs that flicker at different frequencies; you can also see black smearing with the Samsung TV. 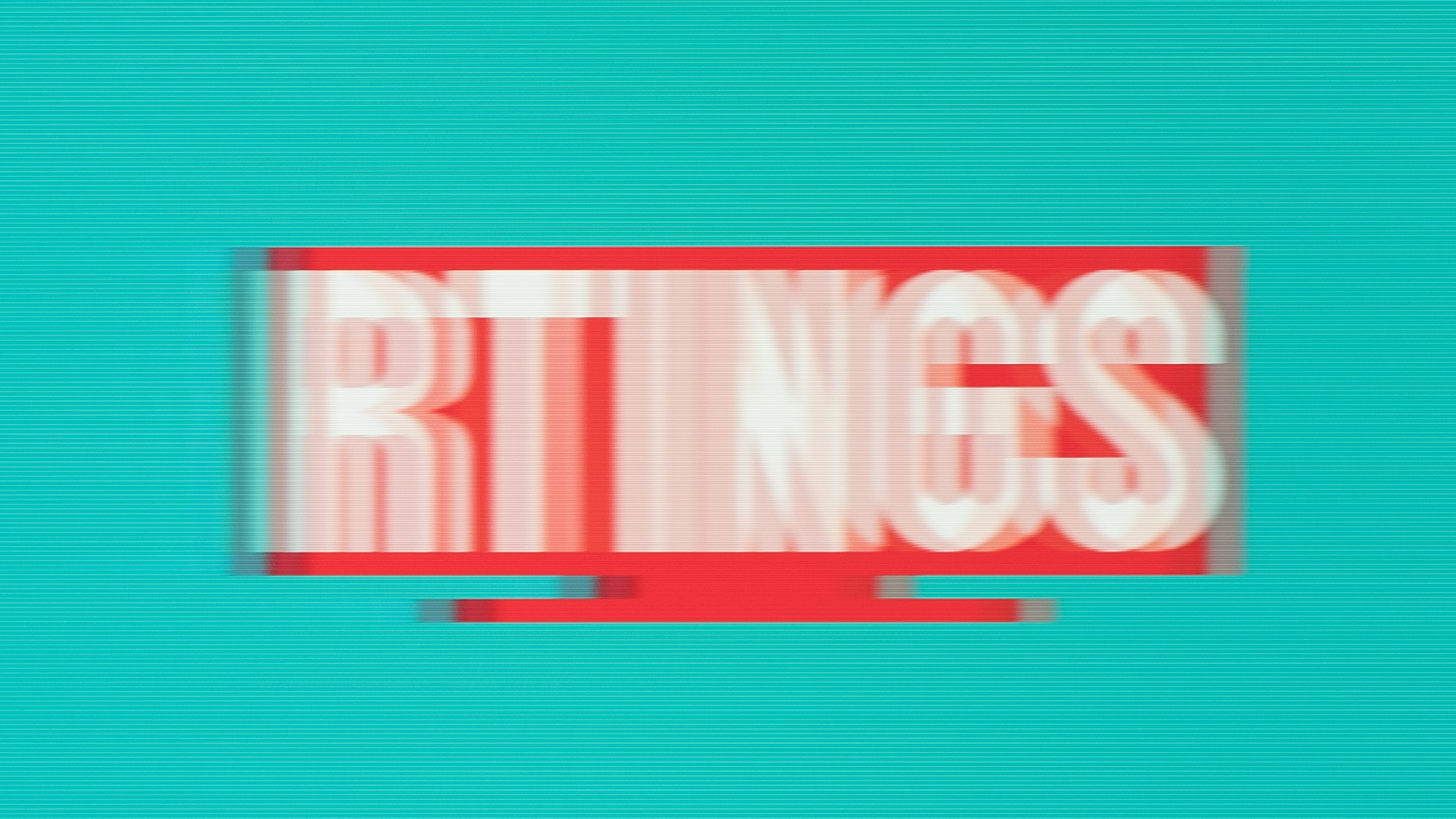 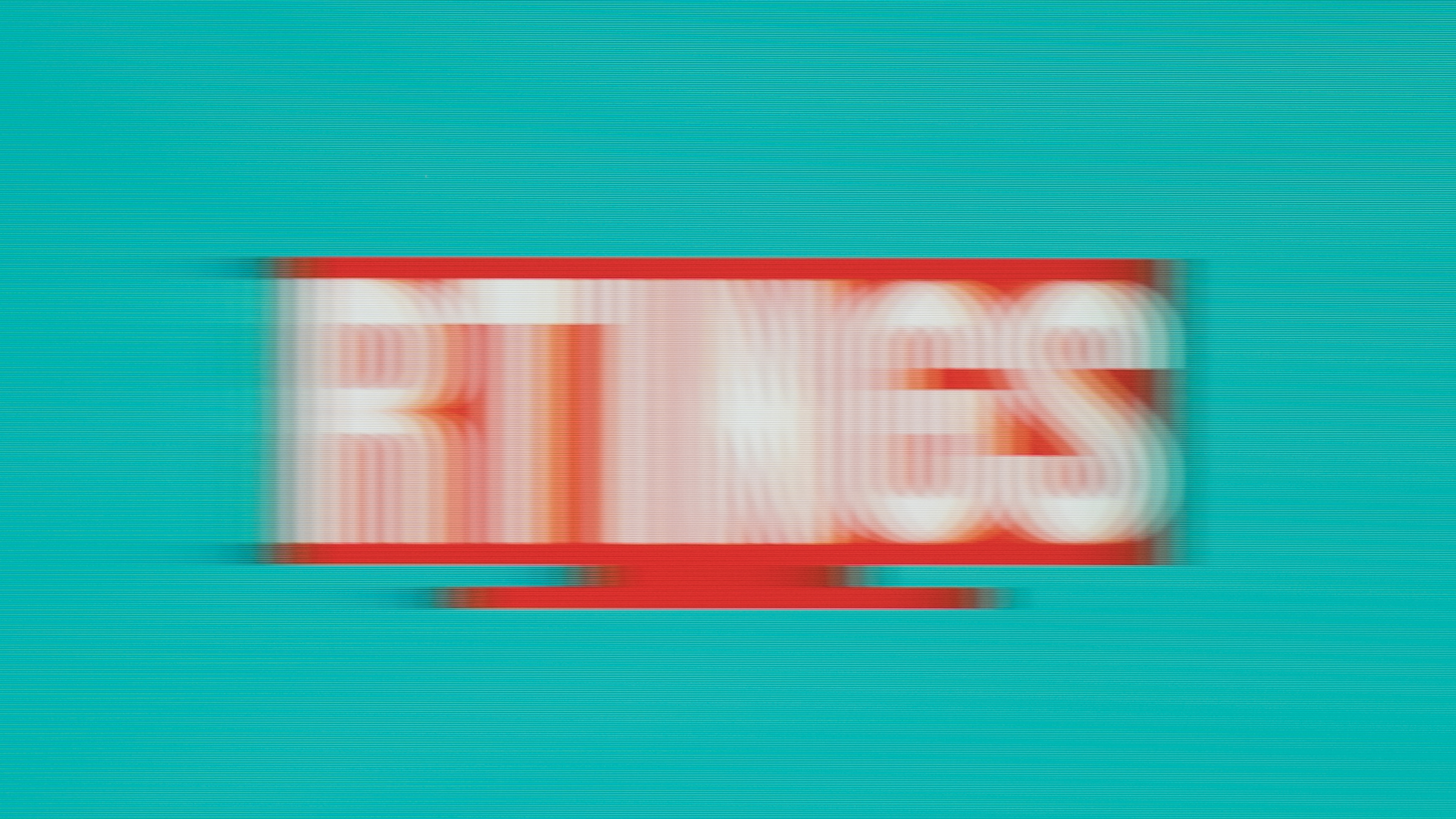 This is blur within the video itself, and it's not caused by the TV. This results from the on-camera action outpacing the camera’s shutter speed. Cinematographers usually keep this kind of blur in mind and will account for it when planning shots for the movie or show. The result will usually be that you don’t even register that the blur is there.

Since OLED and LED TVs use different technology to display an image, motion looks different on each. OLEDs can turn individual pixels on and off, so they have a near-instantaneous response time, resulting in minimal motion blur. However, OLEDs can also suffer from motion from persistence blur, known as MPRT, which is caused by pixels staying on the screen for too long because the response time is so quick. OLEDs will always have a quicker response time than LED TVs; below is the quickest LED TV we've tested. Although the response time is much quicker on the LG, motion looks the same between the two TVs. 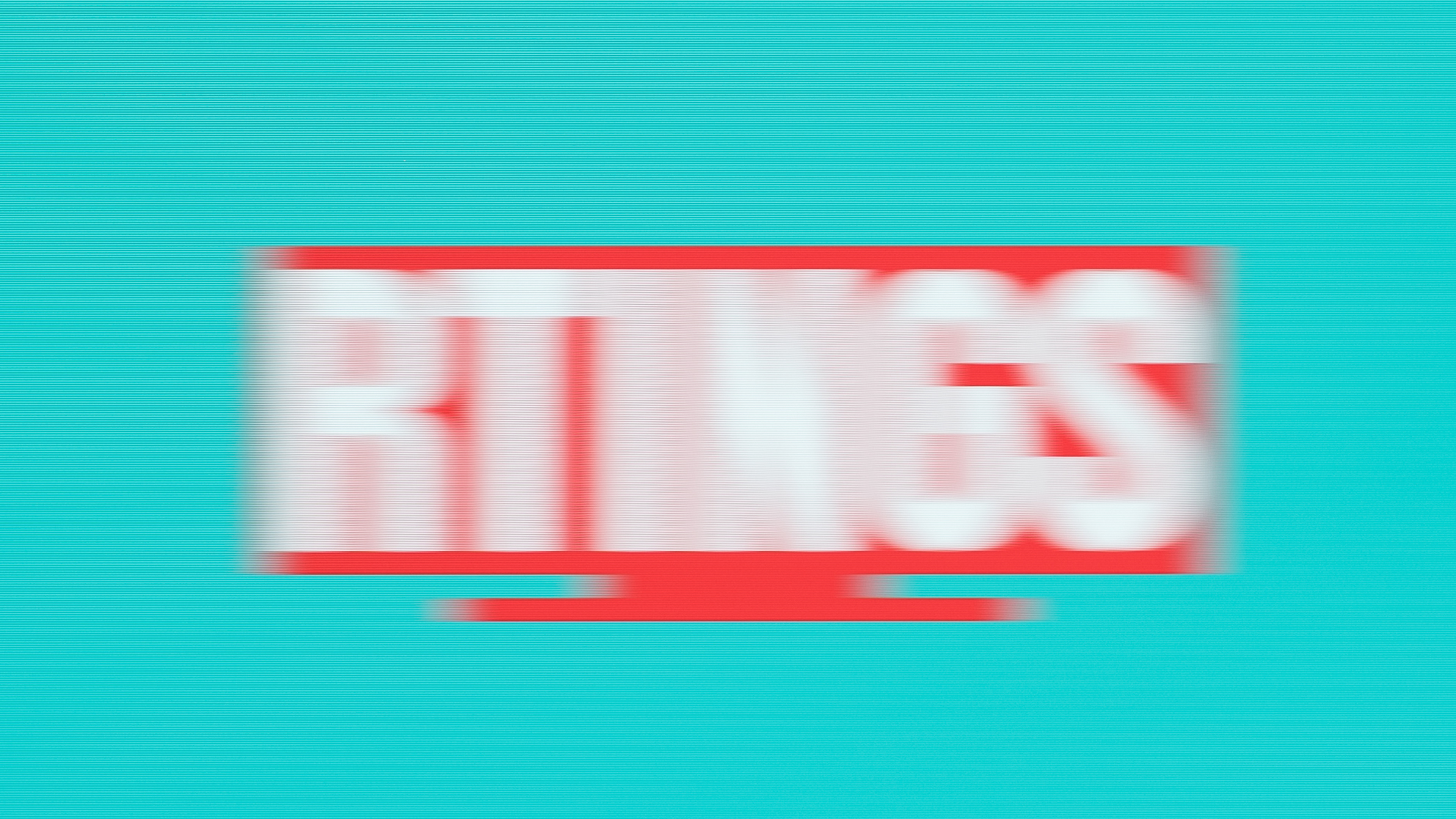 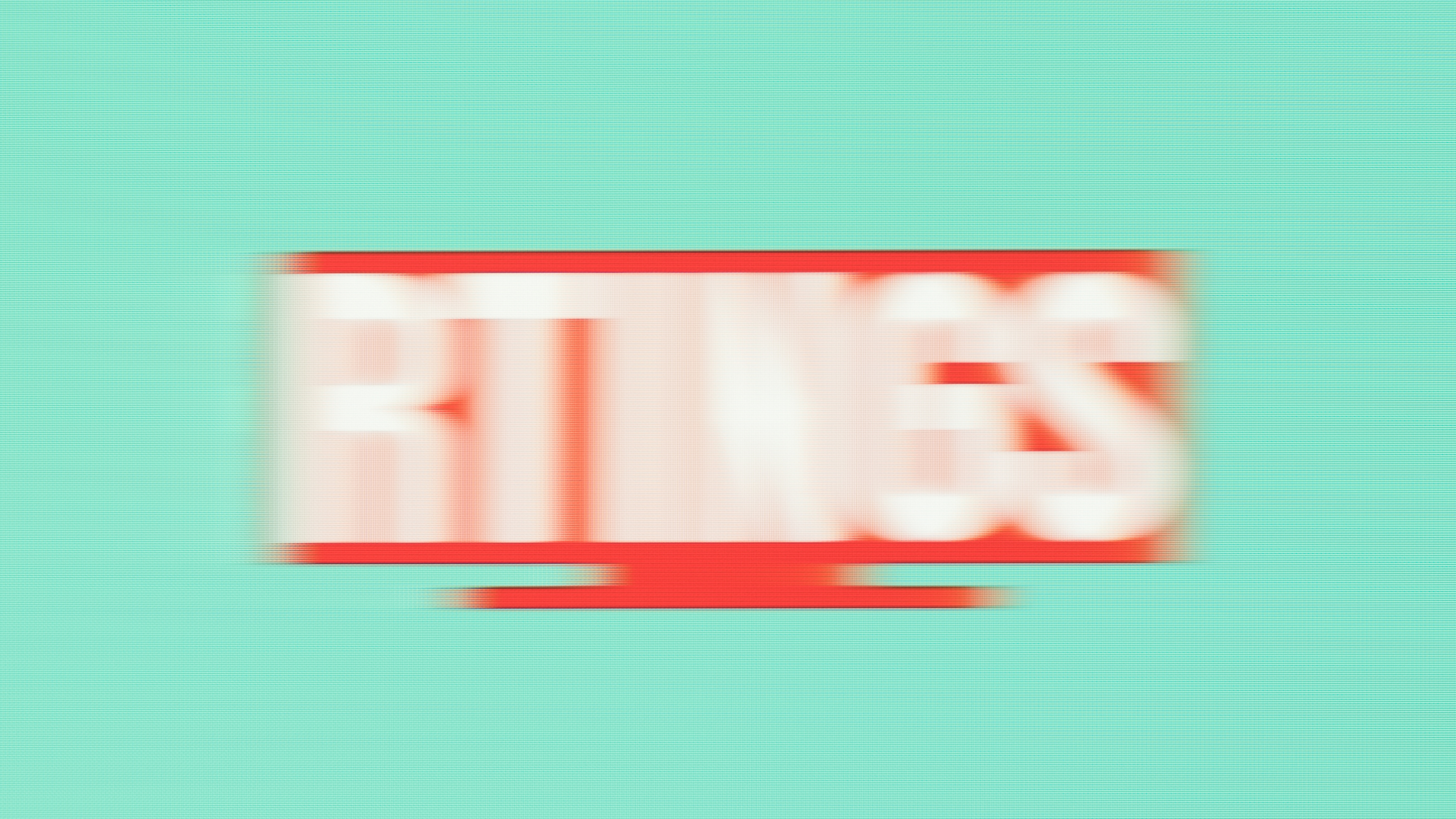 Limitations Of Our Testing

Also, only posting a photo of our logo isn't entirely representative of all motion across different content. Our logo contains bright and dark elements and aims to replicate different things you'd see on your screen. A video would be better to see how motion looks; that's another limitation of our testing. However, even though the TV testing isn't as detailed, it still provides a good idea of how fast-moving objects look on the screen.

If you have the option to do so, watching media with a higher frame rate will help you avoid blur. Some TVs may also have a couple of settings that can improve other elements of the motion blur, though you should be aware that they each have their downsides. We list those settings below.

A fast response time makes motion look smooth, but a slow response time can lead to motion blur, which can be annoying for sports fans and gamers. If you watch either of those things, it’s important to get a TV with minimal blur and a fast response time. To get a good idea of how much blur TVs have, we test them for their pixel response and overshoot times.

Your best bet for getting a TV with little blur is to find a model with a quick response time. You can also help reduce the amount of blur you perceive by watching higher-frame-rate videos or by enabling motion interpolation or backlight flickering features. Just remember that enabling these sorts of extra features can introduce other issues to the video.