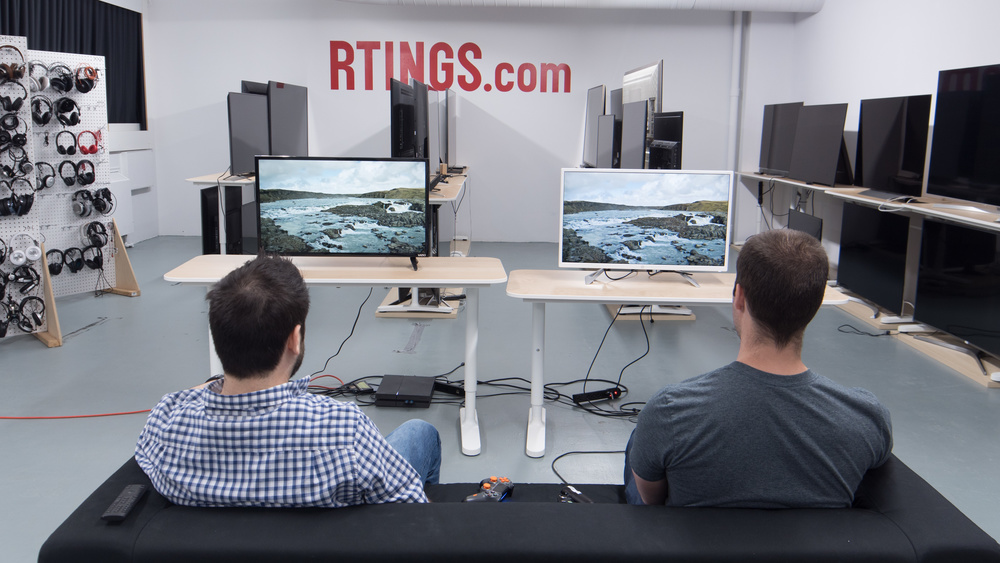 Although not as popular in recent years, there's still some demand for 32 inch TVs for small rooms or kitchens. However, many popular manufacturers don't release models in this size, and they're becoming hard to find. Usually, the picture quality or overall performance of these TVs is below average, as they tend to be inexpensive budget models, so you could benefit significantly from going up to the 40-42-43 inch TV sizes. If there's a 32 inch model that you want us to buy and test, check out our suggestion tool.

We've tested over 100 TVs under the latest test bench, and here are our recommendations for the best 32 inch smart TVs you can buy. Also, make sure to check out our picks for the best small TVs, and the best budget TVs. If you don't necessarily need the smart interface or tuner, then check out the best 28-32 inch monitors.

Our recommendation above is what we think is currently the best 32 inch smart TV to buy for most people. We factor in the price (a cheaper TV wins over a pricier one if the difference isn't worth it) and availability (no TVs that are difficult to find or almost out of stock everywhere).

If you would like to do the work of choosing yourself, here is the list of all our reviews of 32 inch TVs. Be careful not to get too caught up in the details. While no TV is perfect, most TVs are great enough to please almost everyone, and the differences are often not noticeable unless you really look for them.