By Cedric Demers, Nicholas Di Giovanni
What it is:

The lights behind the LCD layer adapt to the picture displayed, improving the contrast ratio.

The second video uses more realistic content filmed straight-on, to give a better idea of how the local dimming appears in everyday use.

The third video is the same as the 2nd video, but filmed at a 45 angle. This is to show how the local dimming appears at at angle, which is often worst than straight-on.

To get the full effect, watch the videos in a dimly lit room, free of reflections, with the video resolution set to as high as possible.

Local dimming is a way for LED TVs to improve the contrast ratio in dark scenes by dimming backlight zones. This makes blacks appear deeper than they normally are without the feature, improving the overall picture quality. It's also an important feature for watching HDR content because it can help brighten highlights at the same time. However, usually only higher-end TVs have this feature, and not all of them are equally effective, as some can worsen the overall picture quality.

We test for local dimming using multiple testers that subjectively assign a score after watching a test video, paying attention to different aspects of the picture quality.

You can also read about local dimming in monitors here.

Local dimming is meant to increase contrast by making blacks look deeper in dark scenes. So, a TV with good local dimming is most noticeable when watching content in dark rooms. It's not as noticeable in bright rooms because blacks already appear dark when viewed in a well-lit environment due to glare on the screen.

Local dimming can be a clear benefit to picture quality, but it can also lead to blacks losing detail or blooming around bright objects. If local dimming sounds appealing, you should pay close attention to the results of this test to make sure you get a TV that implements this feature well.

Below you can see how local dimming improves the black level of the TCL 6 Series/R635 2020 QLED in our black uniformity test. However, at the same time, you can see that it also causes more blooming around the center cross, so for some TVs, there's a trade-off between improving the black level at the cost of blooming. 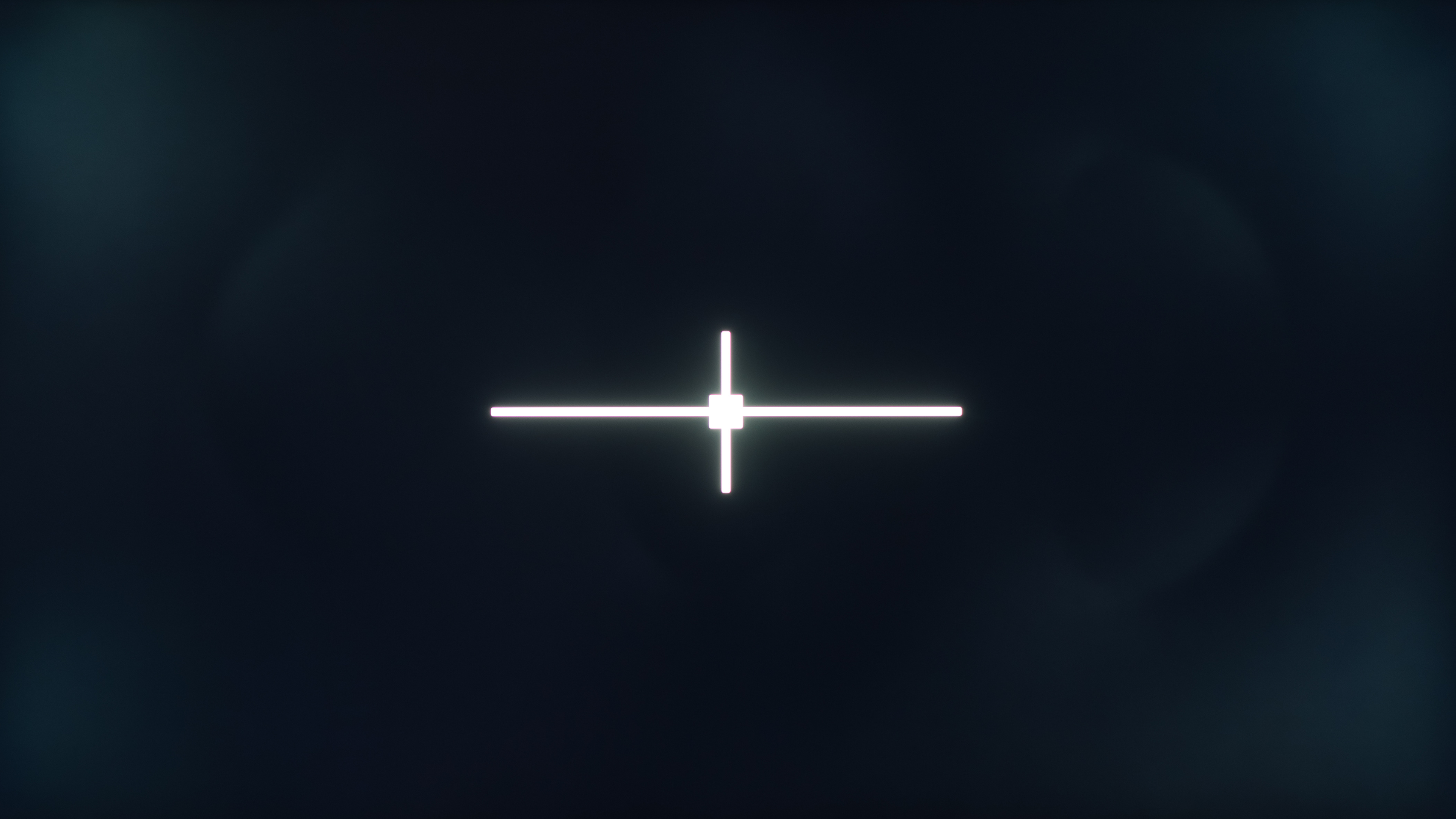 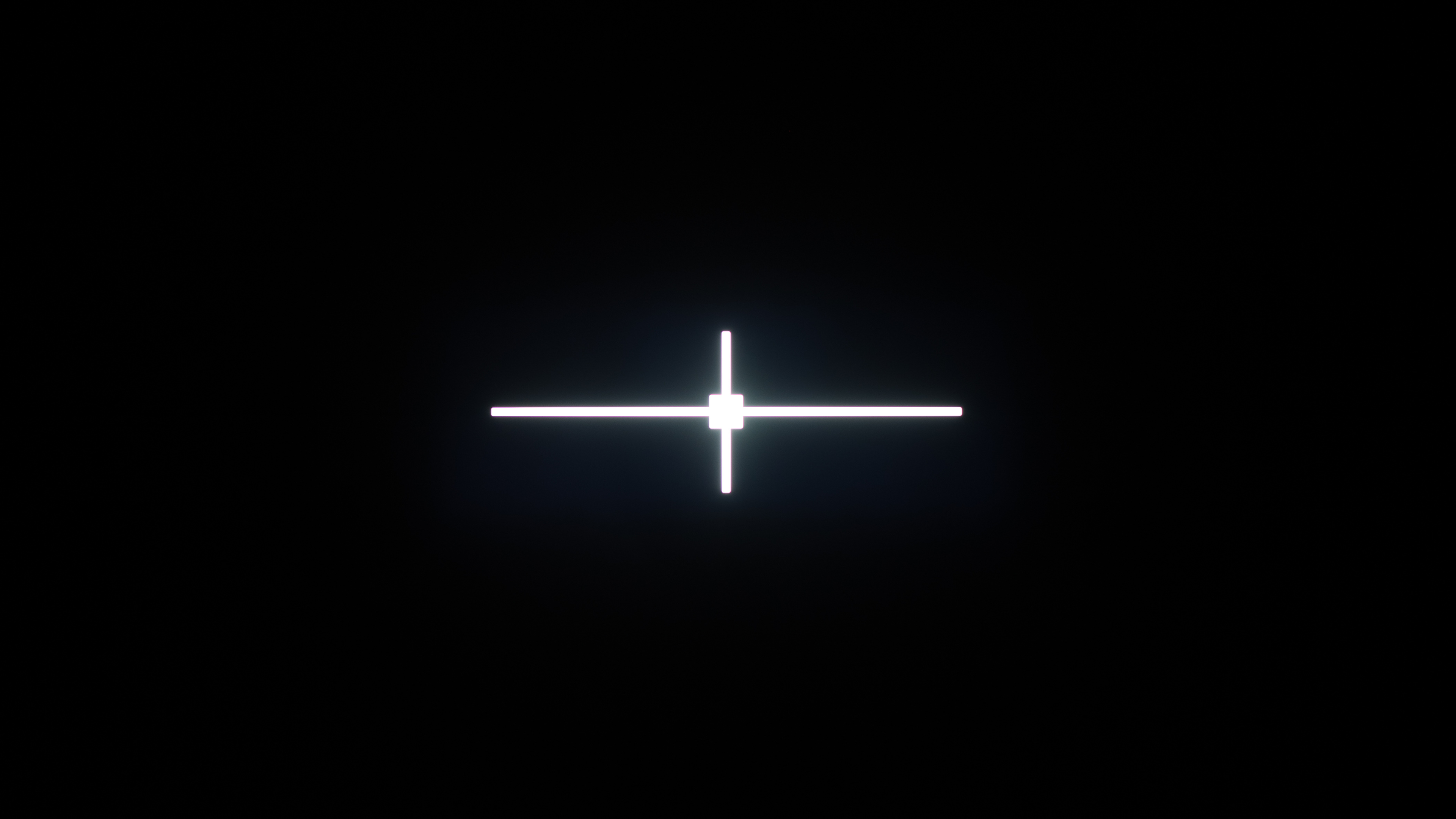 We also take a video at a 45-degree angle to show how well the TV's local dimming performance. For TVs with narrow viewing angles, it may seem like there's more blooming, but for the most part, blooming is less visible when looking directly at the TV. During testing, we evaluate the TV's performance by viewing at a variety of angles and distances.

This test will show several things:

Below are two examples of local dimming videos of different TVs from the same brand. The Vizio M Series 2018 has worse local dimming than the Vizio P Series Quantum X 2019. The M7 has fewer dimming zones, and fast-moving objects transition between zones slower.

In terms of scoring, we often compare the local dimming to that of other TVs before assigning a score. For example, we gave the TCL 5 Series/S535 2020 QLED a better score than the TCL 6 Series/R635 2020 QLED because we noticed how subtitles look better on the 5 Series than the 6 Series. A perfect score would go to a TV that can display very bright highlights next to deep blacks, without any blooming. While this is impossible for an LED TV to do, it's something all OLED TVs can do. Since it's subjectively assigned, it comes down to personal preference, and you simply may not like the local dimming on a TV that scores well, so feel free to play around with any local dimming settings on your TV.

What it is: Configuration of the lights of the backlight.
When it matters: Effectiveness of the local dimming.
Good value: Full-array is better for local dimming. As for the uniformity of the screen, it depends on the implementation. Some edge-lit TVs have more uniform blacks than some full-array TVs.

Another thing that we check for, but doesn't affect our scoring, is seeing what backlight type the LED TV uses. Direct/full-array backlighting means that there are LEDs placed all over behind a TV’s LCD panel. Edge-lit TVs only have LEDs along the sides of the screen (usually two opposing sides), and these LEDs are responsible for lighting the entire screen. They perform quite differently for local dimming, so this result is quite important. 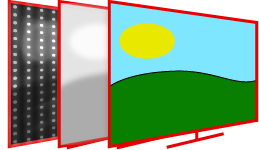 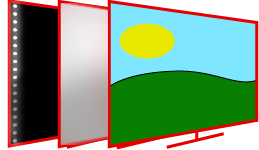 What it is: Whether it has a feature that controls the LEDs behind the LCD layer to match the picture and darken the dark portion of it.
When it matters: On LED TVs only. Dark scenes viewed in a dark room.

What it is: Ratio of the white brightness divided by the blacks measured on our checkerboard test pattern with local dimming turned on (maximum) with a white target of 100 cd/m².
When it matters: Dark scenes in a dark room.
Good value: > 3,000
Noticeable difference: 500
Score distribution

LCD panels are backlit by LED lights, so they rely on a backlight behind the panel to make the picture visible, and the LCD layer can't prevent all light from escaping out of the screen. This means that even in a black scene, the backlight is still on, and some light escapes, causing blacks to appear gray.

In an attempt to mask this shortcoming, some LED TVs employ local dimming to target dark portions of the screen and dim the backlight in those areas. The intended result is that dark portions become darker, but everything else is left as bright as it should be, increasing the contrast between dark and light objects.

No local dimming feature is perfect on an LED TV, and it can introduce minor problems on some TVs, like:

Some TVs offer different local dimming settings. Low settings will usually dim the backlight less, but then the local dimming will also be less effective at improving the contrast. Higher settings will dim more, but may also make blooming, or other related issues, more visible. Local dimming preferences are subjective, so if you have multiple options, try out the different settings and choose the one you like best. Apart from that, there's no way to get better results from local dimming. If this is a feature that matters to you, be sure to get a TV that scores highly in this test.

Local dimming features on LED TVs are a way to improve the contrast ratio. Since these TVs consist of LED backlights behind an LCD panel, local dimming aims to turn off, or dim, certain zones of the LED backlight, making blacks look darker and highlights brighter. However, there may be some issues with local dimming on some TVs as it could cause blooming around bright objects or for entire zones to light up when there's a small object. Overall, most local dimming features on modern TV do an effective job at improving the picture quality in dark scenes, and only some lower-end models will have glaring problems.