The 4 Best Logitech Keyboards of 2023 Reviews 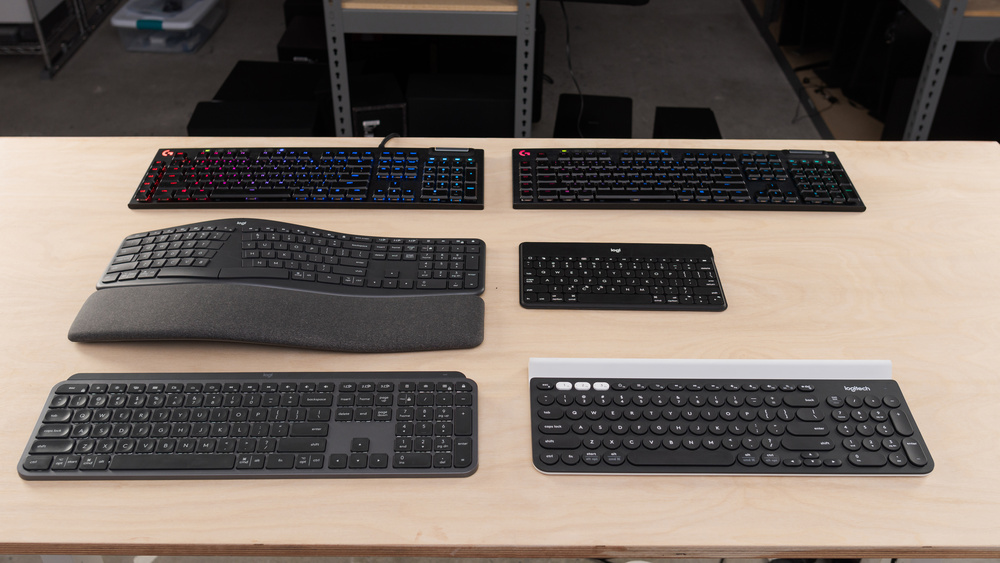 Of the over 185 keyboards we've tested, 30 of them are made by Logitech. Logitech makes keyboards for a variety of uses, from responsive gaming options and efficient office models to highly portable boards for mobile devices. Whether you opt for a mechanical unit or a simple scissor switch unit, you can rest assured that you'll be getting a high-performing product. Below is our list of the best general and best Logitech gaming keyboards we've tested.

As Corsair focuses mainly on gaming keyboards, Logitech offers many more options for users. However, if you were just to compare Logitech's gaming models with Corsair's, you'd find that Corsair makes better-built keyboards with more customization options and RGB typing feels.

On the whole, Logitech and Razer are very different in terms of what types of keyboards they make. Logitech has a wide range of keyboards, from gaming keyboards to mobile models. Razer has a small lineup and focuses on gaming keyboards, but they've started to produce mechanical keyboards aimed at office use, and they're available in different switches. While Razer's Synapse 3 doesn't work on macOS, it offers more customization options than Logitech, like allowing you to set macros to any key.

Overall, Logitech makes good keyboards for any use. Their office keyboards are available in ergonomic designs or are portable enough for mobile use on the go. For gaming, Logitech makes mechanical keyboards that almost any gamer will be comfortable with, but they aren't as customizable as the competition. Although it may be overwhelming to look at the list of Logitech keyboards and try to find the one that suits you, they'll likely have the right keyboard for your needs.

MX Series: The MX Series consists of premium wireless keyboards designed for office and productivity use. They're customizable with the Logitech Options+ software, which allows you to enable certain features like "Logitech Flow," which is only available on MX keyboards. Although there's a narrow range of products within the lineup, each product comes with the option of a "mini" size that's better for portability and a Mac-specific version with an Apple-inspired color scheme.

K Series: The K Series consists of keyboards designed for everyday and general use. They're typically wireless and use membrane or scissor switches. They range in price but are more budget-friendly options than the MX or G series boards. Most of them include the option of using the keyboard with a USB receiver or with a Bluetooth connection, though some, like the Logitech K380, are Bluetooth only. They use the Logitech Options or the Options+ software, but customization is much more limited.

G Series: The G Series is Logitech's gaming lineup. Most of the keyboards are premium mechanical boards that require a wired connection, though there are a few exceptions. They use Logitech's proprietary switches and come in three switch options at checkout. Also, these keyboards use Logitech's G HUB software and offer a much wider range of customization than the MX or K series keyboards.

Other: Logitech has some offerings that aren't part of any series, like the Logitech Pop Keys. These keyboards are meant for general use and often offer the same limited range of customization as the K series boards.

Logitech offers a wide variety of keyboards for both office and gaming use. You'll more than likely find the keyboard you need with Logitech, but it all depends on what you'll be using it for.