Your browser is not supported or outdated so some features of the site might not be available.
Best
Gaming Mechanical Wireless Keyboards Mac iPad Ergonomic Typing Programming Budget Mechanical Cheap Quiet Logitech Razer RGB Gaming Under $100 Corsair Keychron Ducky
185
Keyboards store-bought and tested, supported by you via insider access, and when you purchase through links on our site, we may earn an affiliate commission. 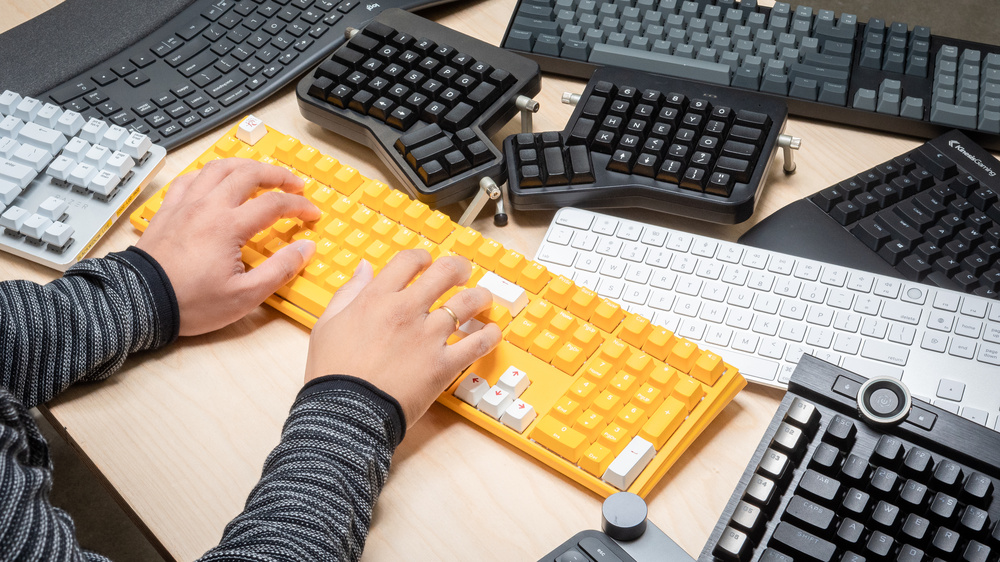 For a writer, your keyboard is your tool of the trade. That's why it's so important for writers to have a keyboard that not only offers comfort and support but also feels satisfying to use. It's also important that your keyboard has all the right buttons and functions that you need, whether it's dedicated media keys for skipping through playlists while working on that screenplay or the ability to remap keys in the software, so your shortcuts are right where you need them.

Below is our list of the best keyboards for writers that we've tested. If you're looking for something more specific, like a wireless keyboard, you can check out our picks for the best wireless keyboards. If you write lines of code instead of lines of dialogue, we also have a list of the best keyboards for programming. Or, if you know for certain you want a mechanical keyboard for that nice click and clack, check out our best mechanical keyboards article.

Our recommendations above are what we think are currently the best keyboards for fast typing and writing. We factor in the price, feedback from our visitors, and availability.

If you would like to do the work of choosing yourself, here is the list of all our keyboard reviews. Be careful not to get too caught up in the details. While no keyboard is perfect for every use, most are good enough to please almost everyone, and the differences are often not noticeable unless you really look for them.