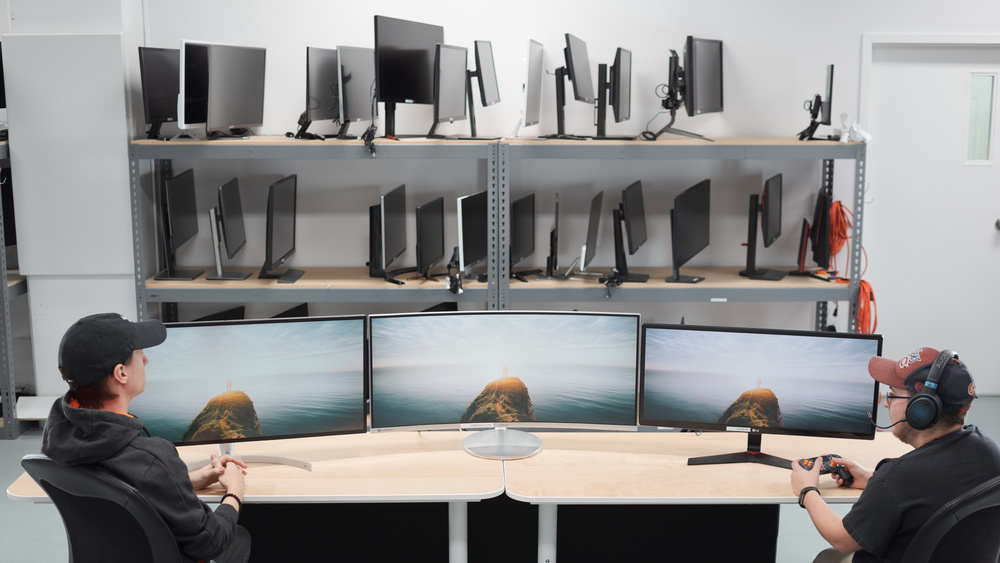 Ultrawide monitors deliver a much more immersive gaming experience than standard 16:9 monitors. The 21:9 aspect ratio of an ultrawide offers more horizontal screen space, so you can open multiple windows side-by-side or see more of your game at once. Although not quite as immersive as VR headsets, ultrawide monitors allow you to see more of your surroundings in games without constantly having to pan around, and they're extremely well-suited for FPS games.

Our recommendations are based on what we think are the best ultrawide monitors for gaming currently available. They are adapted to be valid for most people, in each price range. Rating is based on our review, factoring in price and feedback from our visitors.

If you would prefer to make your own decision, here is the list of all of our ultrawide monitor reviews. Be careful not to get too caught up in the details. Most monitors are good enough to please most people, and the things we fault monitors on are often not noticeable unless you really look for them.