Televisions can get very costly, and the last thing you want is a damaged product. Having a warranty protects you from any manufacturing defects, but most warranties are very limited in coverage. If you're worried about receiving a damaged product, you should take time to research what that company offers in terms of warranty before making your purchase. Some retailers even offer an extended warranty, but it may not be worth it for most people, and there are ways you can protect your TV from getting damaged.

This article covers what you can expect to find in most warranties, and how to take care of your new TV.

While the main characteristics of manufacturers’ warranties are the same, details like the dead pixel policy or the transferability of the warranty may change. This table compares the warranty of televisions for different manufacturers and brands. If you notice anything missing, let us know.

Most manufacturers list that the warranty covers a defect in 'materials or workmanship.' What this means is that the warranty covers things that the manufacturer controls, and that's very limited. You have to read the details of your warranty, but most companies will replace it either with a new or refurbished product or try to repair it. You also need to keep the original receipt and make the warranty claim within the time frame stated in the warranty. Most companies have a one-year warranty, and some offer a shorter time period if it's used commercially.

What Warranties Do Not Cover

Things that occur under normal usage – basically, anything that can’t be blamed on the manufacturer – aren't covered by the warranty. If the TV is damaged in transport, then you should contact the retailer and see if they can provide a new TV for you. Below is an example of things not usually covered by warranty.

In summary, the warranty doesn't cover anything that's not the fault of the manufacturer. 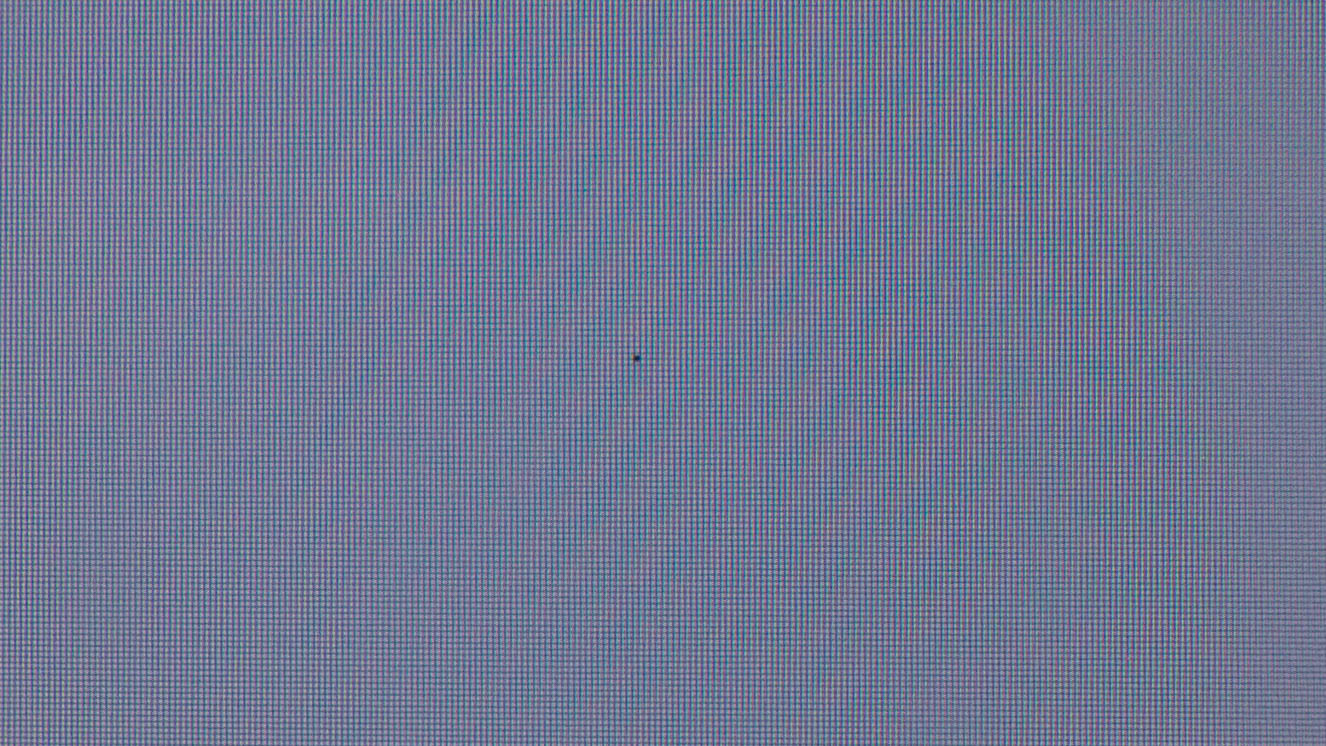 Example of a dead pixel Group of stuck or dead pixels

Not all manufacturers' warranties include protection against dead pixels. A dead pixel is when one or more pixels do not work and are stuck on one color or don't turn on at all. This is especially noticeable when there's a large area of uniform color, but if there are many dead pixels, it can be noticeable in any type of content.

Coverage from some manufacturers like Sony and LG is dependent on the number of defective pixels on the panel. Samsung is the only major manufacturer that doesn't have any protection against dead pixels. Vizio's dead pixel policy is called 'Zero Bright Pixel Policy', and it's different from other companies. Vizio will replace the TV if there's one bright pixel on a covered TV, and they'll replace it if there are four bright pixels on a non-covered TV. However, this policy only applies to pixels that are on, and not any dead pixels that remain off.

Dead pixels were a big problem in the early days of LCD televisions. Now, most televisions won't have any defective pixels, but it can still be a possibility. If you notice some dead pixels out-of-the-box, you may be able to get it exchanged at the retailer you purchased it from, depending on their policy. You won't need to go through the manufacturer in this case.

Are Extended Warranties Worth Getting?

Extended warranties prolong the length of time that your TV is covered in case of damage or failure. Some may only offer similar guarantees to those included with the manufacturer warranty, but others might add extra protection. Overall, they’re mostly not worth getting, for the following reasons.

The short answer: Mostly, no. For most people, spending extra money on a warranty won't be worth it because the odds are in your favor that your TV won't break until after the warranty period has passed. However, those who definitely cannot afford to replace a TV in the unlikely event that it does fail soon after the end of the manufacturer warranty should get extended coverage, if only for the extra peace of mind.

Companies want to charge more than the cost of replacing the TVs because they want a profit. So if the cost of replacing the projected damaged TVs is indeed $50,000, they will want to earn more money from warranty sales. The problem is that customers are paying more than the real cost of insuring the TV, and odds are that, if the TV doesn’t break inside the manufacturer’s guarantee, the TV will last a while. This sort of precaution makes sense for something very expensive, like a house, but not as much for a TV. That’s why, unless you really can’t afford to replace a TV on the off chance it breaks within a couple of years, a warranty is not worth buying.

How To Protect Your TV

Most TVs now last a pretty long time and are often replaced well before they break. If you’re interested in keeping a TV for as long as possible, there are a few steps you can take to keep your TV in good health.

Use a surge protector

Surge protectors help protect connected electronics by stopping them from being damaged by currents with voltages that exceed acceptable limits. They’re great to have, and can indeed save your TV, but they do have limitations. For one, the surge protection can wear out after a few surges, which will leave your TV vulnerable. It’s a good idea to get a surge protector that includes a notification light that tells you its status.

It’s important to keep your TV, and the area around it clean. This helps prevent too much dust from getting inside the vents, which can hinder airflow and lead to heating issues.

You shouldn't use a vacuum to clean the TV itself, as there’s a slight chance of static electricity building up, which could lead to components malfunctioning. Instead, use a moist, soft cloth to wipe off any dust accumulated on the TV itself (screen and body), and then clean the area around the TV however you like. It’s also important to avoid using liquid cleansers on the TV, as those can cause damage to the screen.

As a rule, electronics aren’t great around heat, and since TVs generate quite a bit of heat themselves, keeping them in an overly warm environment can lead to components failing. To optimize your TV’s health, you’ll want to keep your set indoors in the summer, and away from heat sources in the winter.

That means that placing a TV above a fireplace isn’t a good idea. Heat rises, and with the TV directly in the path of the warmer air, it’s quite likely to see its temperature increase beyond intended levels. You’ll also want to try to keep it somewhere with reasonably good airflow, so sticking it in a cabinet isn’t ideal. Additionally, it's best to avoid placing TVs directly in front of bright light sources, like the sun, especially for an OLED TV. Even if you have the TV in a cool, well-ventilated room, if there's sunlight on the screen, it could still get damaged.

If you have children or animals running around, or you’re just a bit clumsy, you might want to take a couple of extra steps to secure your TV. Securely mounting the TV to the wall is a good idea, as it's less likely to fall if knocked into, which could break the TV and cause damage. If you can't wall-mount it, make sure you get a table big enough to hold the stand and that it's stable.

It’s also possible to purchase a plastic screen protector, which helps prevent damage from thrown objects or other direct contact with something hard or sharp. This is an example of one that's available for a 55 inch TV, though there are many options to choose from.

There’s little to separate most brands when it comes to the warranties their new products come with, and most of the time, your TV likely won't have any issues within the time frame of your warranty. Purchasing an extended warranty probably isn't worthwhile either. If you’re really worried about your TV, taking proper care of it can help it stay functional for years to come.