By Adam Babcock
What it is: Brightness difference between white and black. It's the main component of picture quality.
When it matters: Always, but especially when watching dark scenes.
Score components:
Score distribution

The contrast ratio is the ratio between the luminance of the brightest white and the darkest black that a monitor can produce. Higher contrast ratios typically mean deeper blacks, which makes a big difference in overall picture quality. It’s of particular importance for dark scenes in movies and games, especially in a dark room.

To test contrast, we measure the luminance of both white and black using a checkerboard pattern and then calculate the ratio between the two. Luminance is a metric used to measure the amount of light (or intensity) present on a surface and is expressed in cd/m², or candelas per square meter. This is commonly referred to as "nits". 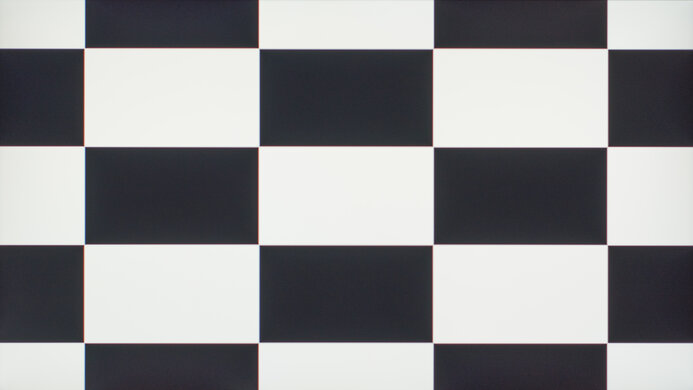 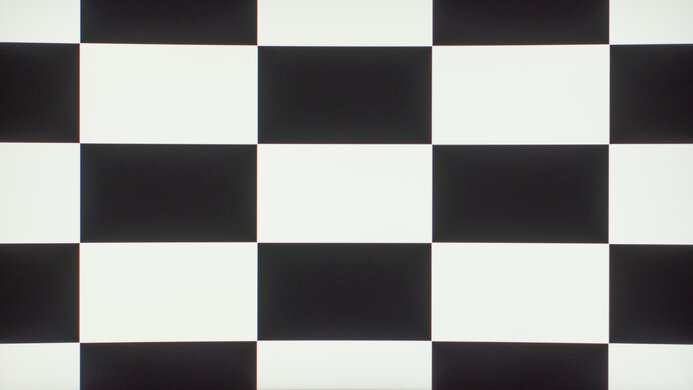 Contrast is one of the most important aspects of picture quality, especially with modern HDR displays. Images tend to look better on displays with a high contrast ratio, as blacks are really black, and whites are really white. It's mainly noticeable in a dark room, especially when watching videos or playing games. It can also be noticeable on a PC if you choose to use a dark mode. 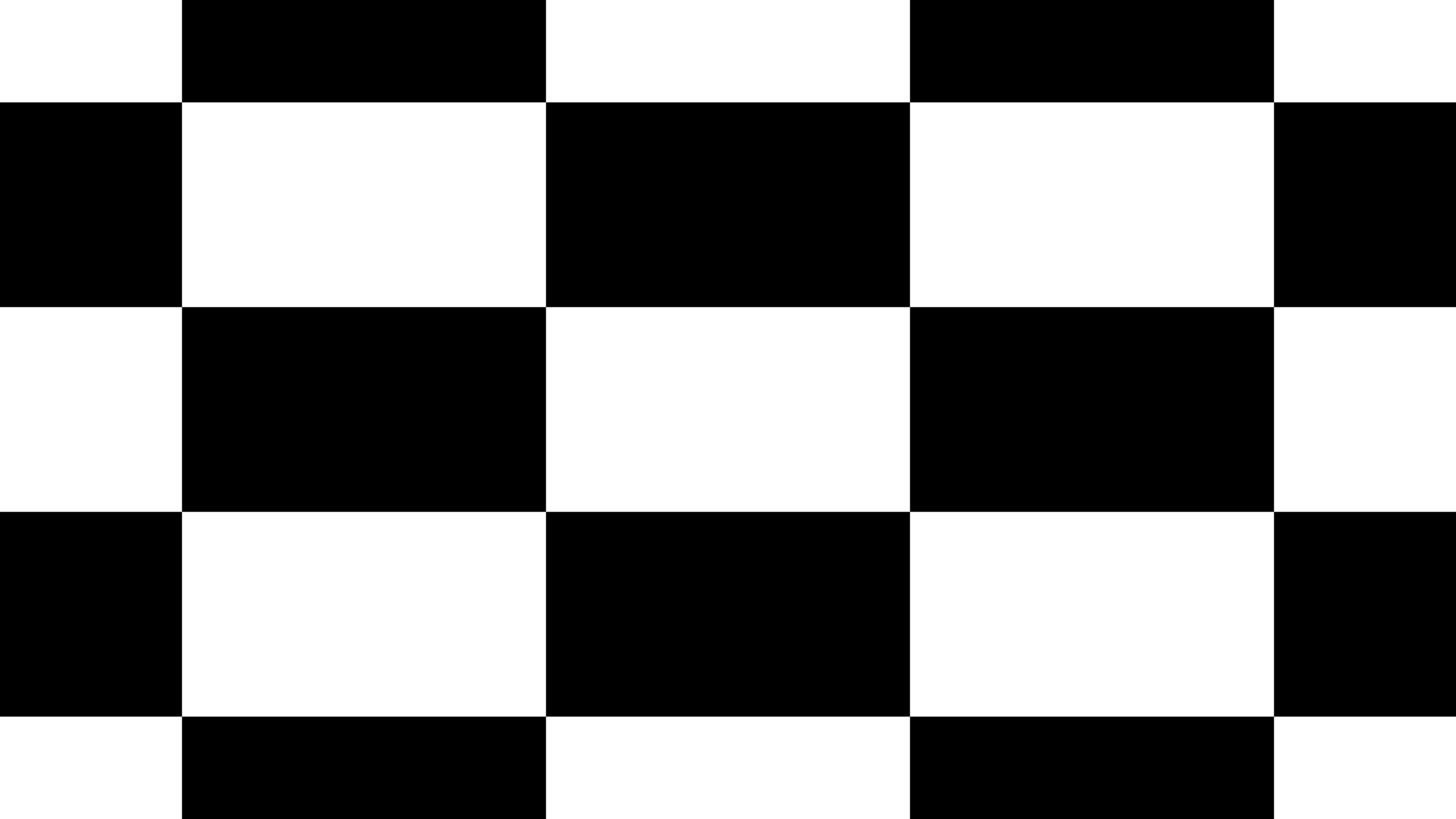 LCDs use liquid crystals to control the flow of light. Similar to how the shutter on a camera allows light into the sensor, the LCD allows light from the backlight to shine through to the colored filters. The problem is, no LCD technology is perfect, and some light always bleeds through.

When measuring the contrast ratio, we want to measure the amount of light that gets through when a pixel is in the "off" state. Our contrast tests are done after calibration, with the backlight set to output at about 100 cd/m², on average. We still measure the white luminance just to get the exact value, as it's usually impossible to calibrate them to exactly 100 cd/m².

Because it's a ratio, there is no unit for contrast. Instead, contrast is normally expressed as ‘X : 1,’ with ‘X’ being how many times brighter white is than black. For example, a 5000 : 1 contrast ratio would mean that the television emits white that's five thousand times brighter than its black. The higher the contrast ratio, the deeper the blacks and the better the picture will look.

Although we take these measurements with the backlight set to 100 nits, there's usually very little change in the contrast ratio of a display as you adjust the backlight. The more light the backlight emits, the more light passes through the pixels, causing the black levels to increase roughly linearly with the white levels.

What it is: The ratio of the white brightness divided by the black brightness.
When it matters: Dark scenes in a dark room.
Good value: > 3,000
Noticeable difference: 500
Score distribution

The 'Native Contrast' ratio of a display represents the most basic contrast performance of the display, with all image processing and contrast-enhancing features turned off. To measure the native contrast ratio, we use a black and white checkerboard pattern to determine the black and white luminance, as described above. We calibrate the monitor to have a white luminance as close as possible to 100 cd/m², and then we take five luminance measurements using a Konica Minolta LS-100 Luminance Meter.

What it is: Ratio of the white brightness divided by the black brightness, with local dimming enabled.
When it matters: Dark scenes in a dark room.
Good value: > 3,000
Noticeable difference: 500
Score distribution

The 'Contrast with Local Dimming' test is nearly identical to the 'Native Contrast' test, but this time, we measure the contrast ratio with the monitor's local dimming feature enabled. On monitors with multiple local dimming settings, we use the setting we recommend based on the results of our 'Local Dimming' test. In most cases, this is the highest setting available.

Most monitors don't have a local dimming feature, so for most of our reviews, this is set to 'N/A'. Local dimming on monitors is expected to become more and more common, especially as HDR displays grow in popularity.

As a first step, try using the calibration settings we recommend (provided we have reviewed your monitor). This will get good, basic contrast - meaning no additional contrast-enhancing settings - and with no loss of detail in dark portions of the image. You can find this information in the 'Post Calibration' section of the review.

One frequently asked question is which is more important, a panel's native contrast or contrast with local dimming? It's a good question. The answer is a bit complicated, but basically, it depends. Unlike TVs, most monitors don't have a local dimming feature. The few that do, generally speaking, don't work very well. They usually have very small zone counts, and the algorithms can't keep up with fast-paced motion, so the leading edge of a bright object in a dark scene ends up looking darker than the rest, and there's a trail of light behind it. 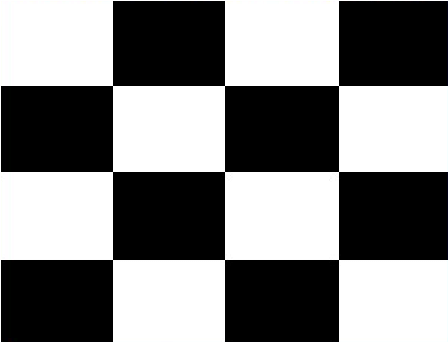 There are different ways to measure contrast. We measure contrast with a checkerboard pattern and take the average black level from four squares, but some other review sites measure it differently, which can lead to a difference in posted numbers. Some of the other methods we've seen websites use include:

Because of differences in measurement techniques, equipment used, and even differences between units, it's extremely common for different websites to report different contrast measurements.

Monitors use different display technologies, each with advantages and disadvantages. Knowing which type of panel is used in your monitor can already give you a good indication of what to expect in terms of contrast ratio:

Even within the same panel types, it's normal for the contrast to vary a bit between units, even of the same model, due to manufacturing tolerances. Manufacturers used to provide the typical contrast ratio for each monitor, but recently, some brands, including LG, have started listing the minimum contrast ratio you could get. For IPS and TN panels, this difference usually isn't very significant, and most people shouldn't worry about it, but for VA panels, the variance between individual units and measurement techniques can be significant. For example, the LG 32GN600-B is advertised to have a typical contrast ratio of 3000:1, but according to LG, it could be as low as 1800:1 for some units. We measured a contrast ratio of 3248:1, almost double the minimum contrast for that model.

There are a few things that can be done to improve contrast, but there are limits. As a good first step, look to our recommended picture settings (listed with every review), as those can help you get a good baseline. From there, you can enable or disable a few different settings that might help deepen blacks. Just remember that some of those settings will have other consequences on picture quality.