By Ryan Lim
What it is: Evenness of colors onscreen (not just gray).
When it matters: Solid colors. Sports, panning shots.
Score components:
Score distribution

Gray uniformity is the evenness of a screen. A monitor with bad uniformity can have dark patches around the edges, or a smearing effect in the center, also known as 'Dirty Screen Effect' (DSE). Uniformity issues can affect general web browsing, like on a website with one uniform color, as well as content creators. It's also noticeable when viewing wide panning shots or scrolling through a document. Like all displays, uniformity issues on monitors vary from one unit to another due to manufacturing tolerances, which means no two panels are alike.

We evaluate uniformity by taking a photo of the screen and calculating the average deviation from the original color. While we only test with a gray image, this test applies to all colors, not just gray.

The gray uniformity test aims to show how well a screen can display a single, uniform color. It matters when viewing large areas of uniform color, such as webpages and documents. As the name suggests, dirty screen effect looks more like smearing in the center of the screen, as if the screen is actually dirty, and it can be especially noticeable when following a fast-moving object in games or scrolling through a document. Uniformity issues affect content creators as well because the same color may look different depending on where it's displayed on the screen.

What it is: The standard deviation of the screen's image, when displaying a full-screen, 50% gray.
When it matters: With large solid colors, like when watching sports or in slow panning shots.
Good value: < 2.5%
Noticeable difference: 1%
Score distribution

The 50% standard deviation test lets us see how evenly a monitor can reproduce a color across the screen. We take a picture of the screen displaying a 50% white (medium gray), and the picture is then processed using a low pass filter to remove noise and artifacts created by the camera. We use the picture to calculate the root of the average of the squared values using the following formula: 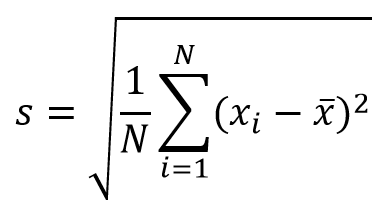 It gives us a measurement of how uniform the screen is overall. The average deviation from the color that it's supposed to show is expressed in percentage; the lower, the better. Although this test is done with a specific shade of white, it applies to any color shown on the screen.

This test mainly shows us uniformity issues around the edges of the screen. Low-quality displays often have dark corners, which is known as vignetting. As you can see in the pictures below, the Philips Momentum 436M6VBPAB's edges are noticeably darker, while the HP 27f is almost completely uniform throughout. What it is: The Dirty Screen Effect (DSE), which appears as blotchy spots on screen.
When it matters: DSE is especially visible with large, uniform colors. Like when watching sports or in panning shots.
Good value: < 0.165%
Noticeable difference: 0.025%
Score distribution

The 50% dirty screen effect, or DSE, test is more focused on the center of the screen. We use the same picture as for our 50% standard deviation test, but we process it through a high pass filter to remove the low frequencies from the image, isolating the dirty screen effect for the entire screen. Using this image, we calculate the root of the average of the squared values. Like the 50% standard deviation test, it's in percentage, and the lower, the better. 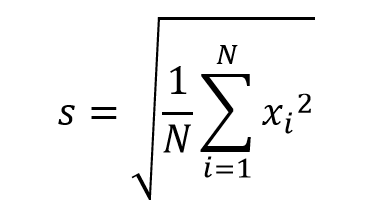 DSE tends to be more noticeable and distracting than having a high 50% standard deviation. It's especially noticeable when you're doing anything that involves large areas of uniform color. With a computer monitor, this occurs mainly when browsing the web, as the white or black background won't appear uniform on a monitor that performs poorly with this test.

Below, the LG 32UL500-W's edges don't darken as much as the ASUS, but it has more dirty screen effect. What it is: Average squared difference of pixels when displaying a mid 5% gray.
When it matters: Dark scenes.
Good value: < 1.15%
Noticeable difference: 1%
Score distribution

The 5% standard deviation test is the same as the 50% standard deviation, but we use a 5% white (dark gray) image instead. This test is mainly a concern with OLED panels, as they tend to have issues with vertical bands in near-black scenes. The vast majority of LCDs (including almost all monitors) perform very well with 5% scenes. Because it's not an issue on most monitors, this test was removed from our monitor testing as of test bench update 1.2.

The pictures below show that the LG 32UL500-W's edges are noticeably lighter, while the Dell Alienware AW2720HF is much more uniform throughout. What it is: Dirty Screen Effect. High-frequency variance of uniformity. Dark spots on the screen.
When it matters: Dark scenes.
Good value: < 0.116%
Score distribution

The 5% dirty screen effect is the same as the 50% dirty screen effect test but with a 5% white (dark gray) image. Scoring is in percentage; lower is better. Like with the 5% standard deviation test, this test has been removed as of test bench update 1.2, as it's not an issue with LCDs. What causes uniformity issues and Can I improve it?

Unfortunately, there are no ways to improve a screen's uniformity because it varies between individual units due to manufacturing tolerances. It can happen due to pressure from other components in the monitor or mishandling during manufacturing and shipping. The backlight can affect uniformity, such as edge-lit vs. full-array local dimming. Edge-lit monitors tend to have more backlight bleed around the edges, and full-array local dimming can cause a grid-like effect on the screen. That said, there are very few monitors with local dimming, let alone full-array. High-end models tend to have better uniformity due to stricter quality control, but it isn't always the case.

While gray uniformity can affect picture quality, it's important to understand that it isn't something that can be improved as it largely comes down to panel lottery. Uniformity is generally worse on TN panels, although this panel type is becoming rarer as IPS and VA technologies have improved significantly in recent years. If you get a monitor with bad uniformity, the best thing to do is return it and exchange it for another one.