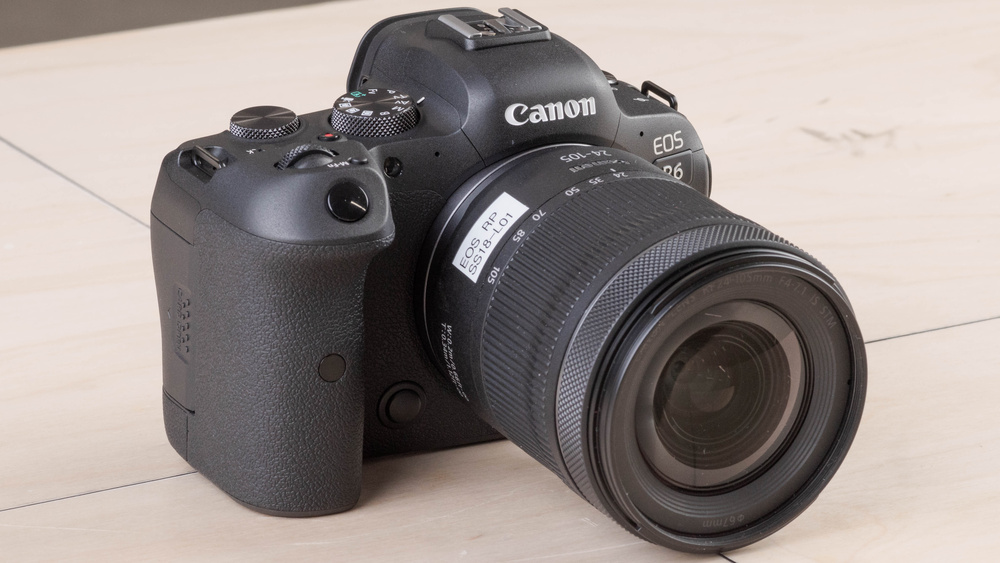 The Canon EOS R6 is a full-frame mirrorless camera with a fully articulated screen. It's well-built and comfortable to use, though it can be a bit heavy with its kit lens attached. This versatile camera offers remarkable image quality and an impressive photo autofocus system that can track fast-moving subjects and keep them in focus. If you like to record videos, it also has great video quality in both 4k and FHD. However, it doesn't offer higher frame rate options for generating slow-motion video, which may be disappointing for some users.

The Canon R6 is good for travel photography. It has incredible image quality, and its impressive photo autofocus system helps track moving subjects and keep them in focus. Its low minimum shutter speed helps you take long-exposure photographs, too. However, though it's well-built and comfortable to use, it can be a bit heavy with its kit lens attached.

The Canon R6 is great for landscape photography. This well-built camera is comfortable to use, and its screen is bright enough to be readable even in direct sunlight. It also has incredible image quality, with fantastic dynamic range to capture more highlight and shadow detail in high-contrast landscapes.

The Canon R6 is great for sport and wildlife photography. It has a fantastic image quality, and its great autofocus system helps track fast-moving subjects and keep them in focus. If you like to take burst photography, it has a remarkable high continuous shooting speed of 18 frames per second in silent mode. Unfortunately, it takes a long time to clear its buffer, which can be inconvenient.

The Canon R6 is okay for vlogging. Thanks to its fully articulated screen, you're able to see yourself while you record. It has impressive 4k and FHD video quality, and it does a great job smoothing out camera shake if you record while walking or running. Unfortunately, it's a bit heavy with its kit lens attached, which can be a bit inconvenient. Shooting in 4k also incurs a very slight crop.

The Canon R6 is great for studio video. It records high-quality video in both 4k and FHD, and its autofocus system helps track moving subjects and keep them in focus in video. It also has a lot of inputs for accessories like headphones and a microphone. That said, shooting in 4k incurs a very slight crop.

The Canon R6 isn't designed for action video. With its kit lens, it's quite heavy and not very portable, and it can't really be strapped on a helmet. It doesn't support higher frame rates for slow-motion video of high-speed action. That said, it has impressive video quality in both 4k and FHD, and its video stabilization feature does a good job smoothing out camera shake if you record while moving.

You can also purchase this camera with an RF 24-105mm F4 L is USM lens, or without a lens at all. However, we haven't the performance of these variants.

If you come across another version, let us know in the discussions so we can update our review.

Compared To Other Cameras

The Sony α7 IV and the Canon EOS R6 are both excellent full-frame hybrid cameras aimed at enthusiasts. They're similar in size and build, though the Canon has slightly better ergonomics. Both deliver sharp, high-quality photos, but the Sony has a higher resolution sensor that gives you more leeway to crop your photos. On the other hand, the Canon's sensor has better noise handling at higher ISO settings. The Canon can also shoot RAW photos at up to 12 fps, while the Sony is limited to 6 fps in RAW. When it comes to video, both cameras can record 4k 10-bit 4:2:2 video internally for higher-quality video capture. However, the Sony doesn't impose a recording time limit, and it doesn't have issues with overheating the way the Canon sometimes does. While the Canon imposes a slight 1.07x crop on 4k video, the Sony doesn't, except when shooting 4k at 60 fps, which unfortunately incurs a significant 1.5x crop.

The Canon EOS R6 is better than the Sony ZV-1, but they're also different types of cameras. The Canon is a full-frame interchangeable lens mirrorless camera, so it's more versatile, delivers better image and video quality, includes an electronic viewfinder, and feels better-built and more comfortable to shoot with. The Sony, meanwhile, is a compact camera with a small sensor and fixed lens, so it's easier to carry around, but it also has a poor battery life and overheats frequently when recording continuously in 4k.

Update 01/12/2022: Corrected input error that showed 'Yes' instead of 'Yes, with a Crop'. The score has been updated accordingly.