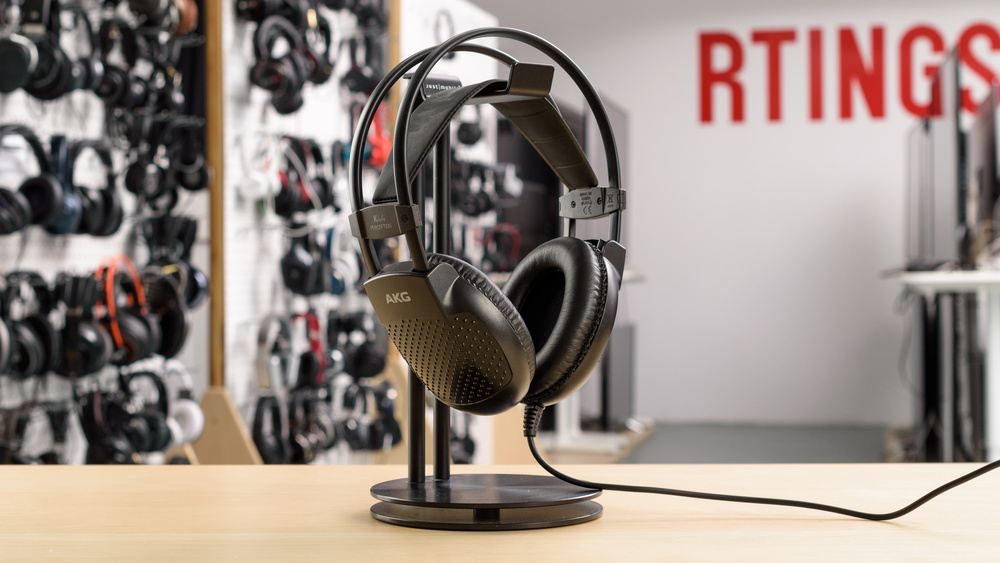 The AKG K44 are lightweight, moderately comfortable over-ear headphones that don't leak too much. Unfortunately, they're not versatile enough to use in loud environments or while doing physical activity. They're a bit cumbersome, and their sound quality is mediocre-at-best.

The AKG K44 are more geared towards critical listening and studio recording. Their design and poor isolation limit their versatility and mixed usage. Unfortunately, audio reproduction is also unimpressive.

The AKG K44 aren't suitable for commuting. They have no audio controls and they have poor noise isolation performance. As a result, you may be distracted by background noises while listening to audio.

The AKG K44 aren't made for sports. They're lightweight but a bit too bulky to comfortably use while training or exercising. They're also not the most stable and have no audio controls so you have to change your audio directly on your mobile device.

The AKG K44 are sub-par for office use. They don't leak much, but they also don't isolate much either. You still hear the ambient noise and chatter of a busy office.

The AKG K44 have an understated studio aesthetic that's a little bland but will work for some. The oval ear cups aren't too large or thick and don't protrude once you have them on your head. They're not as bulky to wear in public as some other over-ear headphones with a similar retro style.

These headphones are decently comfortable. They're lightweight and not too tight. However, the padding feels a little cheap, and the ear cups aren't wide enough for larger ears. This makes them slightly uncomfortable during long listening sessions. Their old-school headband adjusts well to most heads and shouldn't cause any discomfort.

The AKG K44 aren't very portable. They're too bulky and cumbersome to carry on your person comfortably, and they don't come with a case or pouch. The large ear cups don't lay flat to take less space nor do they fold up for a more compact format. They fit into larger bags and backpacks but may be too big to carry around in anything else.

The AKG K44 are a little cheaply built. They should be able to withstand a couple of drops. However, the frame and ear cups are entirely made of a relatively thin and lightweight plastic that doesn't seem very durable. The retro headband is also a bit cheap and has a couple of moving parts that could get damaged through regular wear and tear.

These headphones aren't meant for sports or to use while running. They're a bit bulky, and although they're lightweight, the ear cups sway and could potentially fall off your head during strenuous exercise. They also have a thick non-detachable cable that could yank the headphones off your head if it gets hooked on something.

Poor isolation. Although they're closed-back, their relatively poor seal makes them poor for isolation. They don't offer any isolation below 1kHz. There might be a resonance build-up between 500Hz and 1kHz. Above 1kHz, there's a 6dB/Octave roll-off present, which won't be very effective in blocking outside noise.

Decent leakage. A significant portion of the leakage is between 5Hz-7kHz which is rather broad and below average. However, the overall level of leakage is low, making them perform about average in this test.