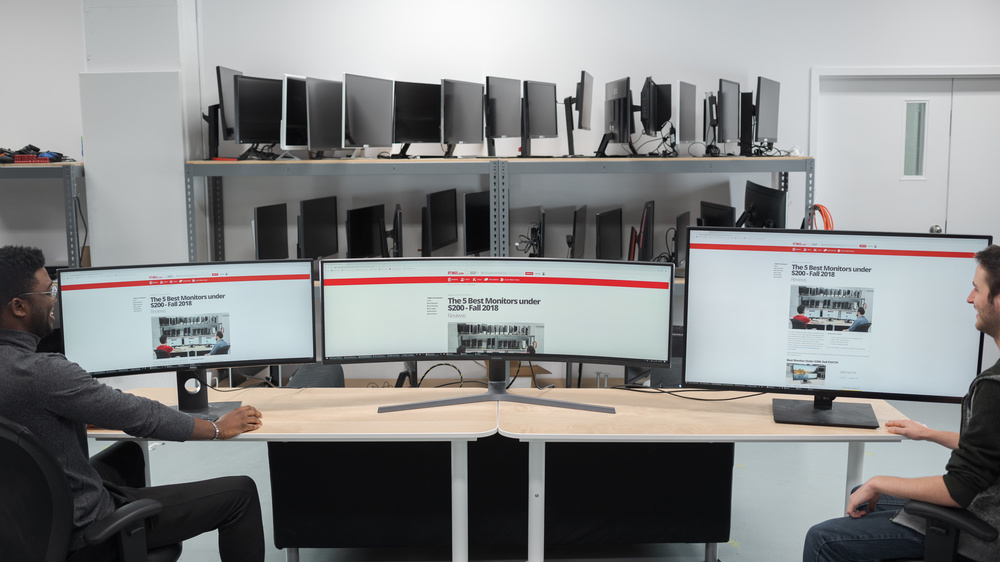 Large monitors are great for work and gaming. The best ultrawide monitors offer more room to multitask, making it easier to see more of your project at once or place multiple windows side-by-side. They also deliver a more immersive gaming experience. From large, TV-like displays to super ultrawide monitors, these huge 34-inch-plus displays can significantly transform the way you work and play, but they also take up a lot more space, so you need a big working or gaming area.

Our recommendations are based on what we think are the best ultrawide monitors and larger currently available. They are adapted to be valid for most people, in each price range. Rating is based on our review, factoring in price, and feedback from our visitors.

If you would prefer the make your own decision, here is the list of all of our reviews of 34-inch-plus monitors. Be careful not to get too caught up in the details. Most monitors are good enough to please most people, and the things we fault monitors on are often not noticeable unless you really look for them.