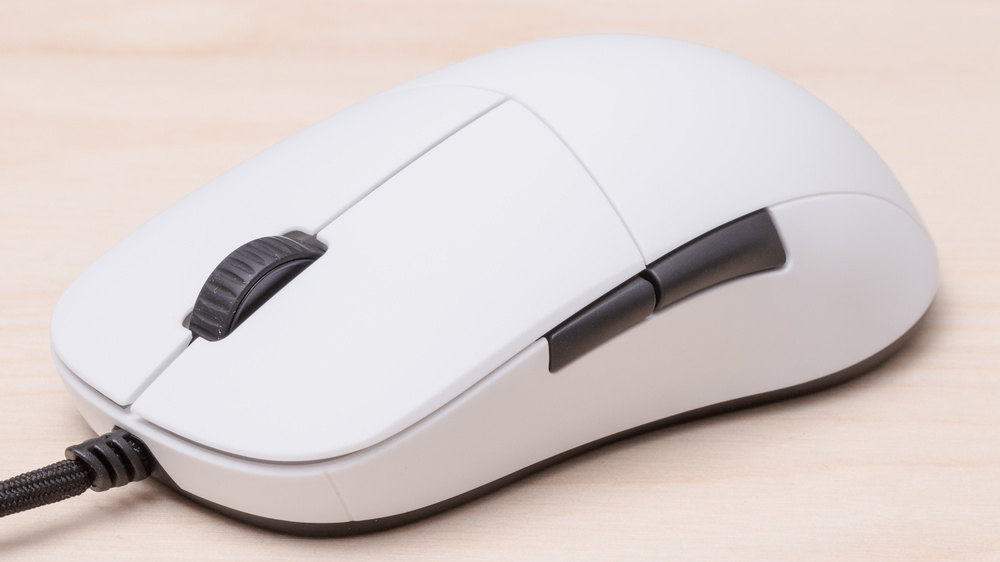 The Endgame Gear XM1 is a great gaming mouse that has a very light design while still being extremely well-built. It has an amazing sensor performance and very low click latency resulting in a responsive experience. It has a comfortable shape, with a larger back than the front, and easy to reach side buttons unless you have very small hands. Unfortunately, fans of RGB lighting and customization might need to look elsewhere as it has no lights and the app is pretty bare-bones. On the upside, its cable is very light and flexible, which doesn't create drag when moving the mouse.

The Endgame Gear XM1 isn't designed for office use, but it's still an okay option to browse the web. Its two side buttons can make your workflow a bit more fluid, and it feels very solid. It's also comfortable to use for long periods, although not everyone will like the ambidextrous design.

The Endgame Gear XM1 is a great mouse for FPS games. Its click latency is very low and feels responsive, and the mouse is light, while still feeling extremely well-built. It also has an amazing, light, and flexible cable. You can also precisely customize its CPI in the software to find your preferred sensitivity.

The Endgame Gear XM1 is a sub-par for MMO games. While it's pretty comfortable, it doesn't have a lot of side buttons and isn't designed for this game genre.

The Endgame Gear XM1 is a great mouse if you're looking for an ultra-light gaming mouse. It's very light, even as much as some mice with a honeycomb pattern to reduce their weight. It's very well-built, has very responsive clicks, and has an amazingly light and flexible cable.

The Endgame Gear XM1 isn't a travel-friendly mouse. While it isn't particularly bulky, a wired mouse might not be ideal to bring around and to work in tight spaces like on a plane or train.

The Endgame Gear XM1 is available in both white and black. We reviewed the white model, but we expect our review to be valid for the black one as well. It's also worth noting that the previous version of this mouse featured a rubber cable that wasn't as nearly flexible and light as the newest batch of XM1s.

The Endgame Gear XM1 is a great gaming mouse. It's made for people who are looking for excellent performance, light weight, and would prefer a full-body shell over a honeycomb pattern like the GLORIOUS Model O or the Finalmouse Ultralight 2 - Cape Town. For more options, check out our recommendations for best gaming mice, the best wireless gaming mice, and if you're on a tighter budget, take a look at our picks for the best cheap gaming mice.

The Endgame Gear XM1r is an update of the Endgame Gear XM1. They're both wired, ultra-light gaming mice with excellent build quality and nearly identical symmetrical shapes, but the XM1r includes several improvements, including better click latency and a lower minimum lift-off distance. Despite having a higher advertised CPI range of 19000, however, The XM1r's current CPI is limited to four onboard presets because it has no companion software. Endgame Gear states it plans to release software in the future, and we'll update the review once it does.

The Logitech G Pro Wireless and the Endgame Gear XM1 are two very different mice. The Logitech can be used wirelessly and has a comfortable shape that can be used by pretty much anyone. The Logitech also has an amazing compatible app for customization and features full reprogrammable inputs. However, it's not as light as the XM1 and doesn't feel as well-built.

The HyperX Pulsefire Haste and the Endgame Gear XM1 are both excellent ultra-light gaming mice. The HyperX is more lightweight and a bit more comfortable to use. Its lift-off distance is lower, meaning that the sensor shouldn’t track your movement when you’re repositioning the mouse. It also has a lot more programmable inputs considering that none of the Endgame’s buttons are programmable. That said, the Endgame has slightly better feet, and its cable is a bit more flexible. Its CPI range is also a bit wider and has less variation, and its click latency is slightly better, though the difference shouldn’t be very noticeable.

The Endgame Gear XM1 is a better mouse than the BenQ ZOWIE S2. The Endgame Gear is lighter, feels more solid, has a noticeably better cable, and has software that allows for more precise CPI adjustments. However, if you like having a higher back hump, then go for the BenQ.

The Razer Viper is overall a better gaming mouse than the Endgame Gear XM1, but the Endgame might be a better choice if you prefer using a palm grip. The Razer has an ambidextrous, short design suitable for almost any hand size when using a fingertip grip. Also, it has many more programmable inputs, customizable RGB lighting, and a lower minimum lift-off distance. On the other hand, the Endgame's cable is more flexible.

The Endgame Gear XM1 is a sleek-looking white mouse with black accents. The finish is matte, and it has the Endgame Gear logo on the back of the mouse. The mouse is also available in all-black. 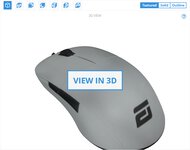 The Endgame Gear XM1 is wired-only and might not be the best travel accessory. Most people looking for a gaming mouse will more than likely leave it at home with their setup.

This mouse is very light and is comparable to some ultra-light mice that have a honeycomb design to make them light. However, there isn't any weight optimization.

The build quality of the Endgame Gear XM1 is excellent. It might not have a premium aluminum build like the Corsair SCIMITAR PRO RGB, but the whole body is still extremely sturdy. There's no wobble or squeaking pieces, and the mouse clicks feel very crisp. The PFTE feet feel nice and glide very well.

This mouse is very comfortable to use. The back of the mouse is very wide compared to the front and allows for a comfortable grip if you like to rest your palm on the hump. The body is symmetrical, with two side buttons on the left side. The two main click buttons are easy to press near the bottom as well.

Everyone should be able to use this mouse comfortably with a palm grip and you shouldn't have any issues reaching the buttons.

Only people with smaller hands might have trouble having nice control over the mouse with a claw grip, due to the wide back.

With a fingertip grip, it can be a bit hard for people with small hands to hit the side buttons effectively.

The cable of the Endgame Gear XM1 is amazing. It's very light and flexible and feels quite similar to the 'Ascend' cable from the newest GLORIOUS Model D. The XM1 was previously available with a rubber cable, so this is a nice improvement.

If you're interested in a similarly lightweight gaming mouse with a lower minimum lift-off distance, check out the Mountain Makalu 67.

Unfortunately, this mouse has a couple of side buttons, but none of the buttons can be programmed. The software only allows you to deactivate the side buttons and the scroll wheel middle click. The CPI/polling rate button is located on the underside of the mouse. If you prefer an ultra-light gaming mouse with programmable inputs, check out the HyperX Pulsefire Haste.

The scroll wheel of this mouse is pretty firm and has medium-to-hard increments for very precise scrolling.

The click latency is very low and very consistent. This ensures a very responsive experience, and even the most competitive gamers shouldn't notice any delay when playing.

While the Endgame Gear XM1 has compatible software, it's pretty bare-bones. The app allows you to enable/disable the side buttons and the scroll wheel middle click, but it doesn't really allow you to program inputs. Other than that, you can set your preferred sensor settings like CPI sensitivity, but that's about it.

The mouse works on both Windows and macOS, but you don't have access to the software on macOS. Also, since the mouse doesn't have on-board memory, you can't customize it on Windows and bring it with all the settings to a Mac computer after.