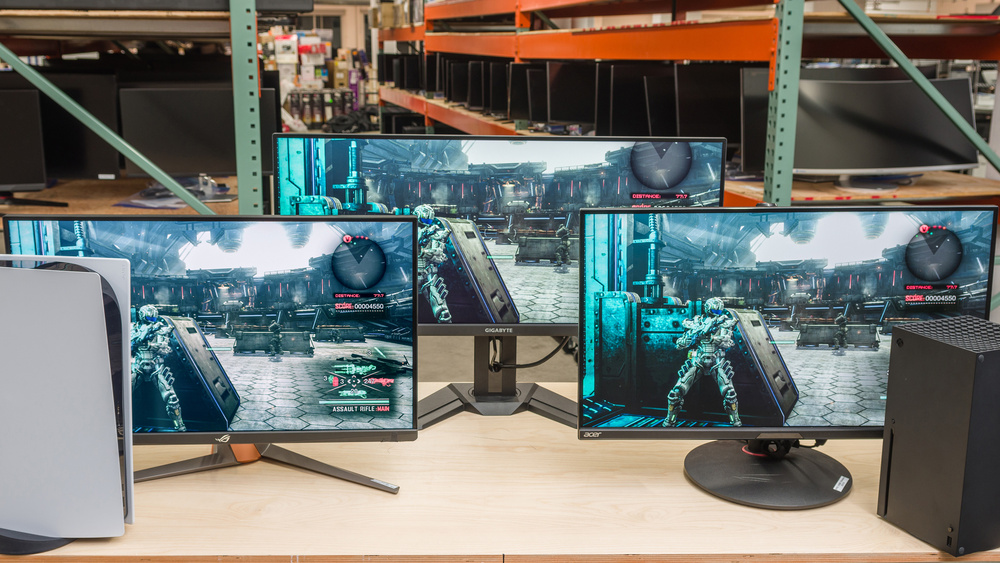 While gaming devices are becoming more powerful to deliver smooth gameplay at high frame rates, there's still a lot of interest in 120Hz gaming, mainly from consoles. The latest Xbox Series X and PS5 consoles support 120Hz gaming at various resolutions. There are very few monitors that natively run at 120Hz, though, so most of the picks below default to a higher native refresh rate, but we've also tested their performance at 120Hz at their native resolution. When looking for a monitor for gaming at 120Hz, you'll want good motion handling and low input lag for a responsive feel.

Our recommendations are based on what we think are the best monitors currently available that you can use at 120Hz. They are adapted to be valid for most people, in each price range. Rating is based on our review, factoring in price and feedback from our visitors.

If you would prefer to make your own decision, here is the list of all of our monitor reviews that support at least a 120Hz refresh rate. Be careful not to get too caught up in the details. Most monitors are good enough to please most people, and the things we fault monitors on are often not noticeable unless you really look for them.